In spite of the S&P 500’s consistent declines in the past week as it failed to take out its late June highs, investor sentiment has turned around (relatively speaking) with this week’s reading from the AAII showing 26.9% of respondents reporting as bullish for the first time since early June.  The 7.5 percentage point increase in the percentage of bullish responses this week was a large week-over-week increase by historical standards, although there have been multiple even bigger larger weekly increases over the past few months. 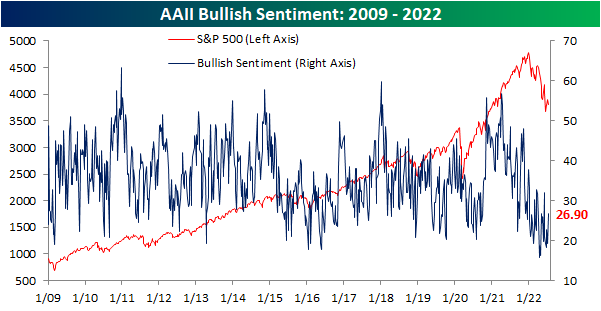 With the increase in bullish sentiment, over a quarter of respondents reported as bullish for the first time in five weeks.  Such extended streaks with as depressed readings have been few and far between with the last five-week streak occurring all the way back in the summer of 1993.  Overall, there have now only been six streaks in which bullish sentiment remained below 25% for at least 5 consecutive weeks.  The longest of these was in December 1990 when it went on for 9 weeks in a row.  Albeit a small sample size, historically the end of these streaks have not been raging buy signals for the S&P 500 in the short term with inline performance versus all periods and somewhat weak returns one month out.  However, three, six, and twelve months later the S&P 500 has been higher almost every time with slightly stronger than normal performance (six months out from the March 1990 occurrence was the only decline). 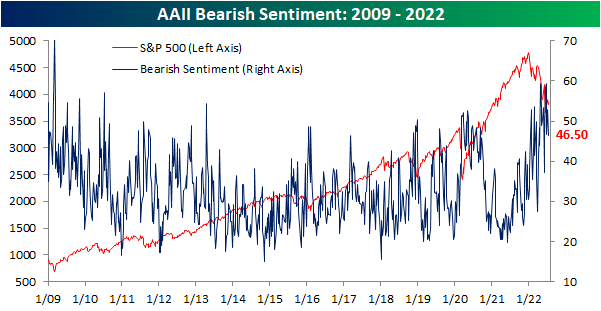 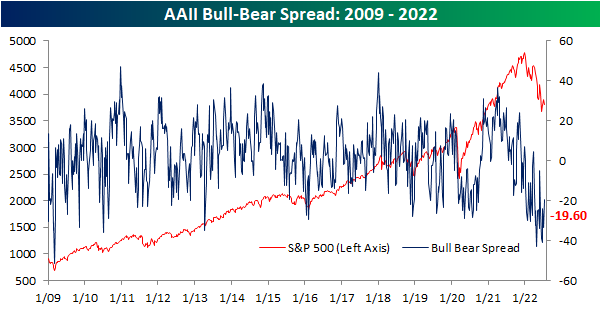 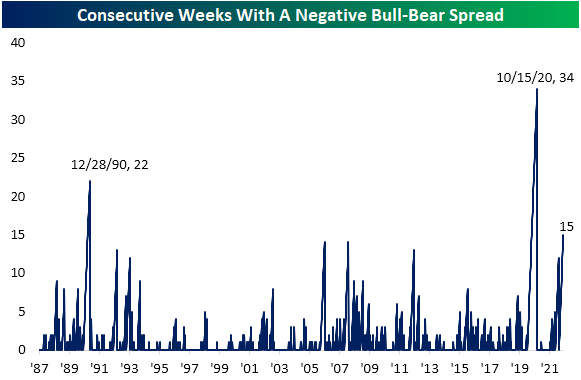 Neutral sentiment has managed to avoid major shifts in sentiment in recent weeks and this week was no exception.  This reading fell modestly from 27.8% to 26.6%.  That is well within the range of the past couple of years’ readings and is only the lowest since three weeks ago. Click here to learn more about Bespoke’s premium stock market research service. 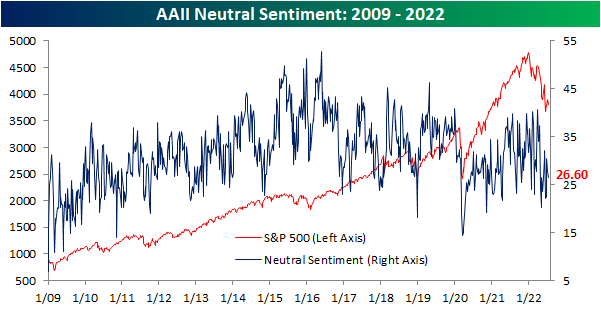