There’s nothing like higher prices to cure investor blues, and the last week has been a perfect example of that.  AAII’s weekly sentiment survey saw a double-digit increase in the percentage of respondents reporting as bullish this week with that reading rising from 22.5% up to 32.8% and matching the highest level of optimism in 2022. 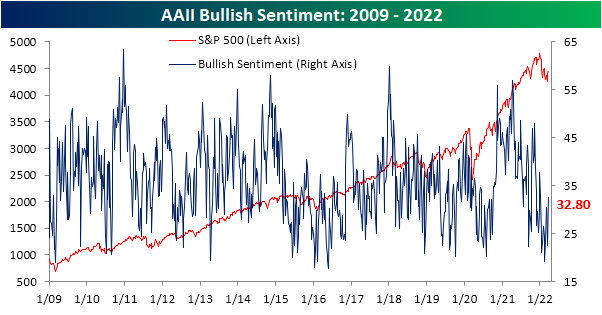 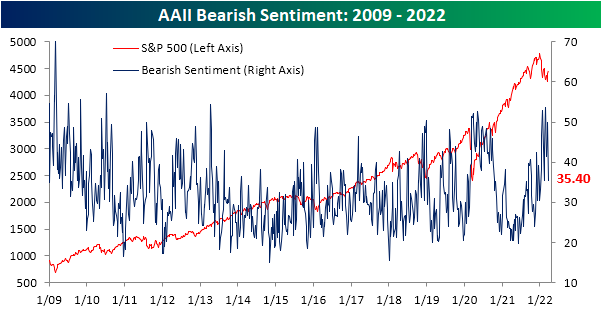 Bears continue to outnumber bulls, but the margin has narrowed to the smallest degree since the first week of the year. The bull-bear spread has risen to -2.6 after leaping higher by 24.7 points week over week; the largest one-week increase in the number since October 2019. 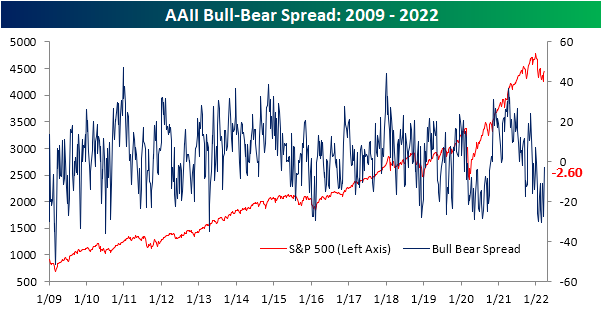 Looking at it another way,  this week marked the first time since October 2019 that bullish sentiment rose by at least 10 percentage points while bearish sentiment fell by at least 10 percentage points in the same week. In the table below, we show each prior instance of simultaneous double-digit swings in bullish and bearish sentiment without another occurrence in the previous six months.  As for how price action has responded to such swings in sentiment, the S&P 500 has generally seen consistently positive performance in the months ahead, but only one week and one-month performance has been significantly stronger on an average or median basis than what has been the norm. Click here to view Bespoke’s premium membership options. 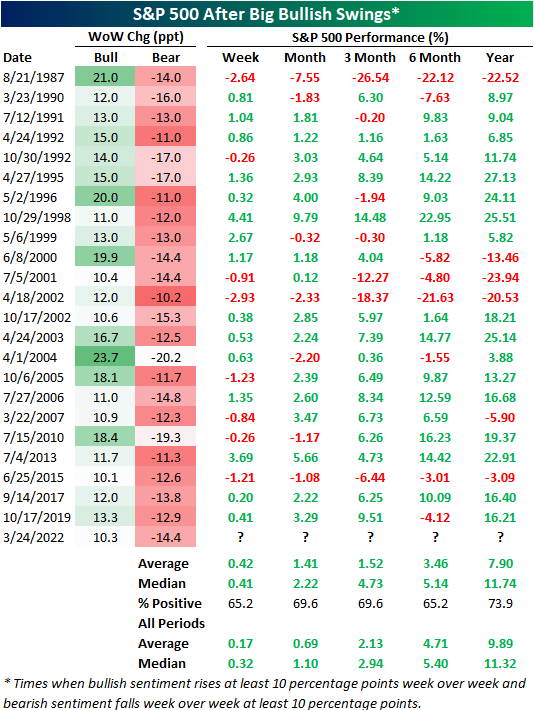