Leading up to the over 1% reversal lower today, the past week has seen the S&P 500 and NASDAQ make a number of new all-time highs. In spite of this, the weekly sentiment survey from AAII showed bullish sentiment give up all of its gains from the prior week as it came in at 40.2%. That is back down to the same level as of June 10th and the 8.4 percentage point decline was the largest since the 10 point drop at the end of April. 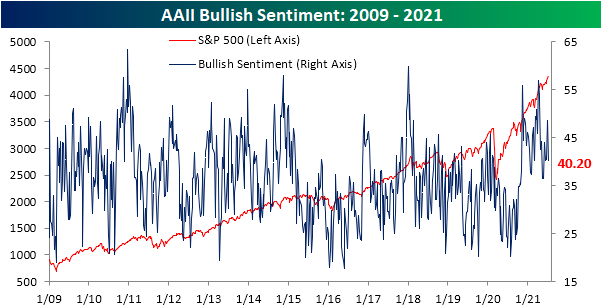 Bearish sentiment did not exactly pick up those losses as the reading only rose 2.3 percentage points to 24.5%.  That was not a particularly large increase as it only brought bearish sentiment to the highest level in three weeks. While higher sequentially, bearish sentiment remains at the low end of the past several years’ range. 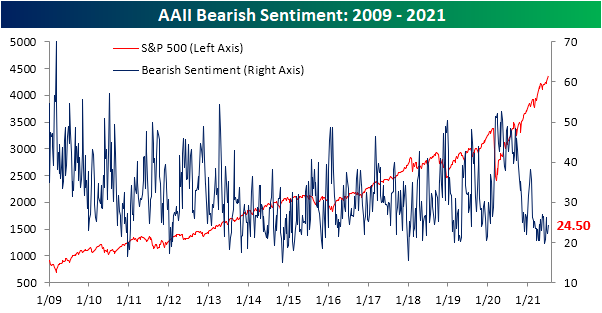 With bulls not becoming bears, neutral sentiment moved higher gaining 6.1 percentage points.  At 35.3%, it is still below levels from two weeks ago and is even further below the recent highs that neared 40%.  Click here to view Bespoke’s premium membership options. 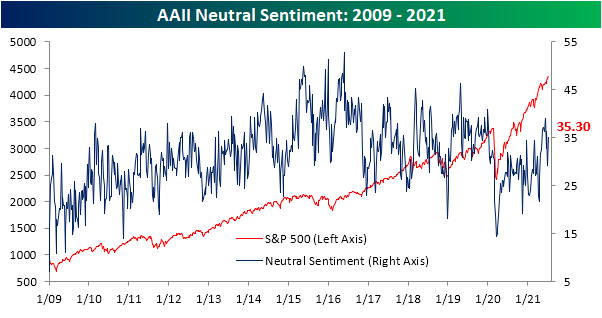