Bulls and Bears Dead Even

For the third week in a row, bullish sentiment has slid with this week’s reading from the AAII falling to 30.6%.  With a cumulative 18-percentage point decline in that time, bullish sentiment is now at the lowest level since October 1st, 2020. 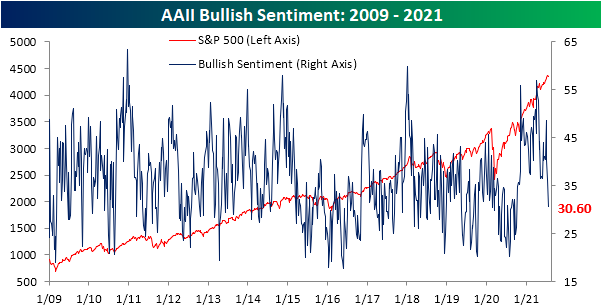 An identical share of respondents to the survey reported as bearish this week.  That is only the 47th time in the survey’s history that an equal share reported as bullish and bearish with the most recent other occurrence being the end of October 2020.  Now back above 30%, bearish sentiment is at the highest level since the first week of February which is also essentially right in line with the historical average for bearish sentiment (30.53%). 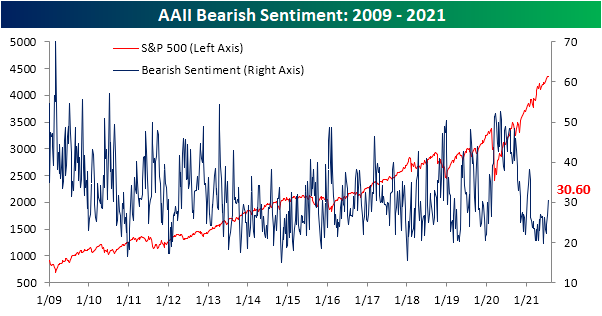 Identical readings in bullish and bearish sentiment means the spread between the two is at zero. As shown below, that is the first non-positive reading in the spread since the last week of January. 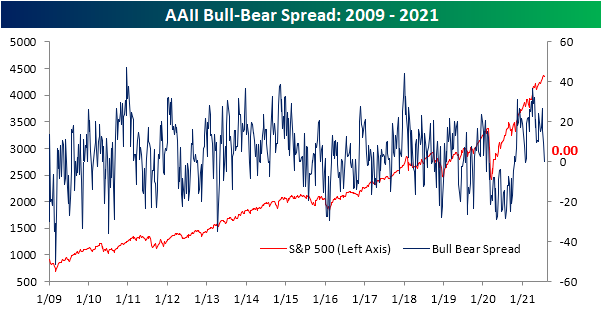 As previously mentioned, throughout the history of the AAII’s survey going back to the late 1980s, there have only been 47 instances of identical readings in bullish and bearish sentiment, or when the bull-bear spread equals zero, including the most recent instance. In the chart below we show the average performance of the S&P 500 over the next weeks and months following those instances.  As shown, across the board the S&P 500 has tended to underperform the norm with the one-week and one-month periods averaging a decline.  Again, while the gains are smaller than normal, the S&P 500 has at least been higher 71.7% of the time six months out and 84.4% of the time one year later. 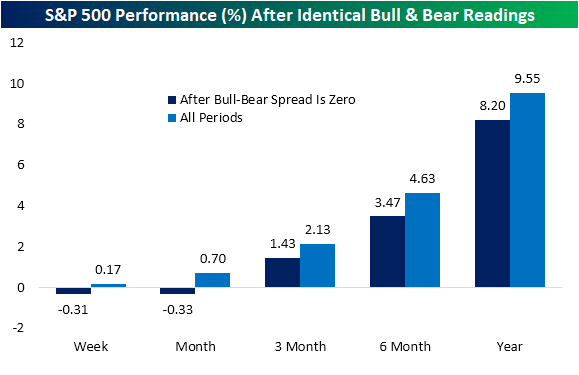 Not all of the losses to bullish sentiment turned bearish.  Neutral sentiment rose 1.7 percentage points for a second week in a row.  At 38.7%, neutral sentiment is at the highest level since June 10th.Click here to view Bespoke’s premium membership options. 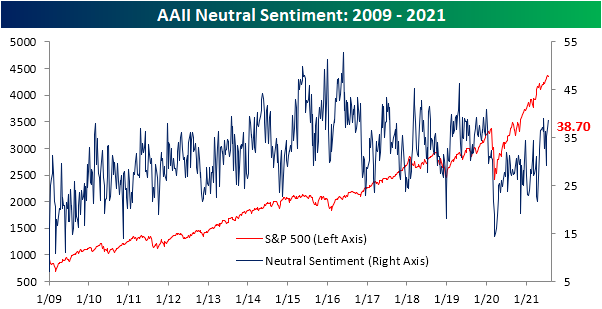