As we noted in last night’s Closer, the S&P 500 has seen a bit of technical damage done in the past few sessions.  In spite of the turn lower, sentiment readings have improved. For the AAII sentiment survey, bullish sentiment has risen up to 31%. That 7 percentage point jump makes for the largest week-over-week increase and the highest reading since the week of November 17th. 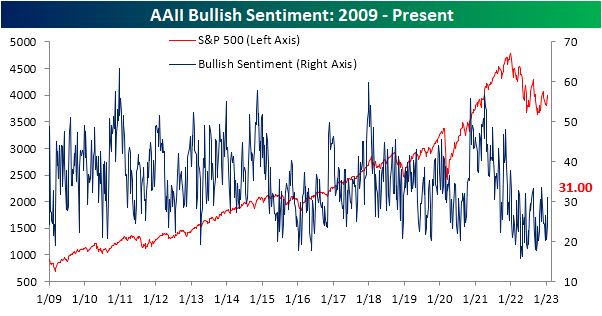 Bearish sentiment plummeted to 33.1% of respondents which is down sharply from just a month ago when more than half of those responding reported as pessimists.  The four straight weeks of declines is now the longest such streak since August leaving bearish sentiment only 0.2 percentage points above the second half of 2022’s low reached in the first week of November. 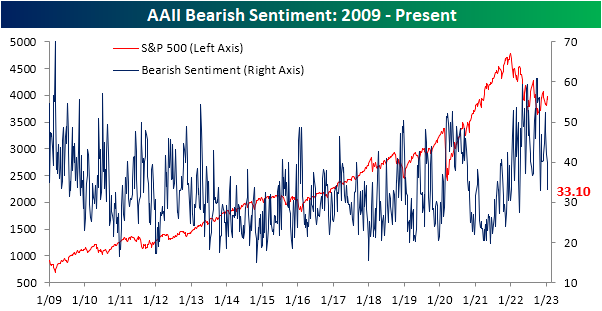 As a result of the big moves, the bull-bear spread has narrowed all the way to -2.1.  As we have frequently noted over the past few months, we are currently on a record streak of 42 weeks in a row with a negative bull-bear spread.  This week’s reading is now the narrowest reading in the spread during that streak. 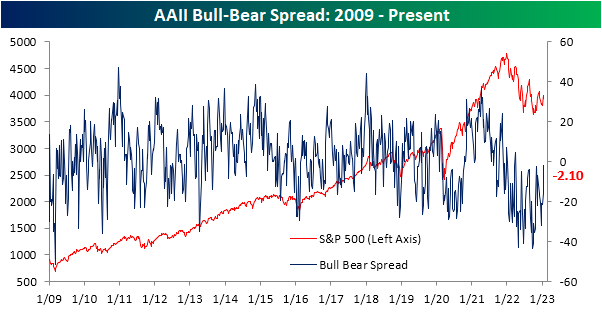 Taking into account other sentiment surveys, this week’s readings also showed a healthy improvement in sentiment, putting a record streak on the ropes.  Below, we show our sentiment composite combining the AAII bull-bear spread with that same spread from the Investors Intelligence survey as well as the NAAIM Exposure index. At the moment, sentiment is only slightly more bearish than the historical norm with the composite at -0.14.  While that does extend the streak of negative readings to 54 weeks in a row (tying an identically long streak that ended in June 2009), it is one of the least pessimistic readings of the current streak. In other words, across surveys sentiment may not have turned bullish, but it appears to be much less bearish than at other points in the past year.  Click here to learn more about Bespoke’s premium stock market research service. 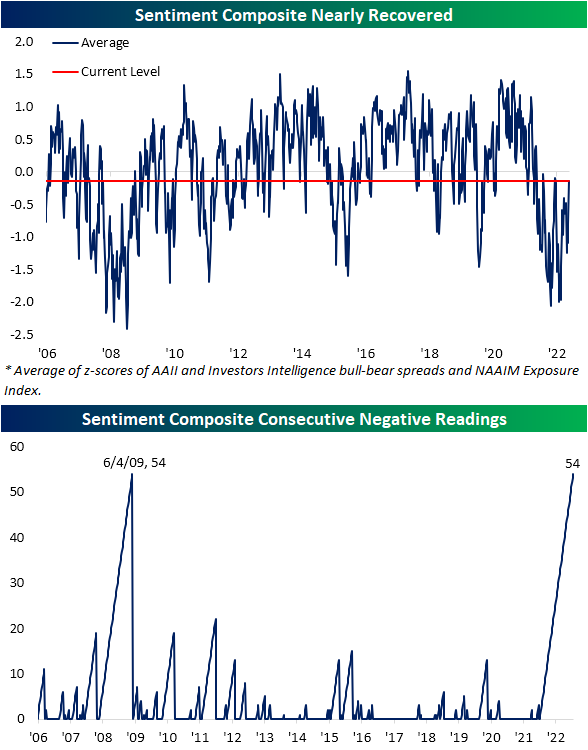