Bulls Almost Back on Top

With equities basically flat over the past week following the past few days’ consolidation, bullish sentiment has gone unmoved. AAII’s reading on bullish sentiment was just 0.04 percentage points higher this week at 34.78%. That is still the highest level of optimism since April 9th’s reading of 36.6%. 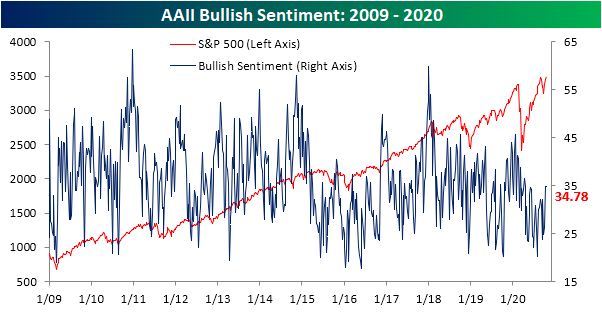 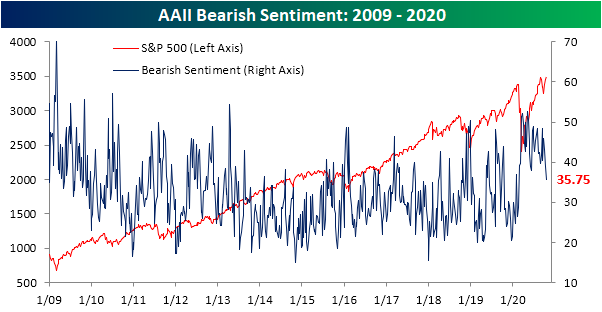 That drop in the percentage of investors reporting as pessimistic led the bull-bear spread to reach a new short-term high.  For a record 34 weeks, the bull-bear spread has been negative (a higher percentage of investors reporting as bearish than bullish), but that streak is nearly over and done.  For the first time since the first week of March (just two weeks into this record streak), bears have a less than a one percentage point lead over bulls. 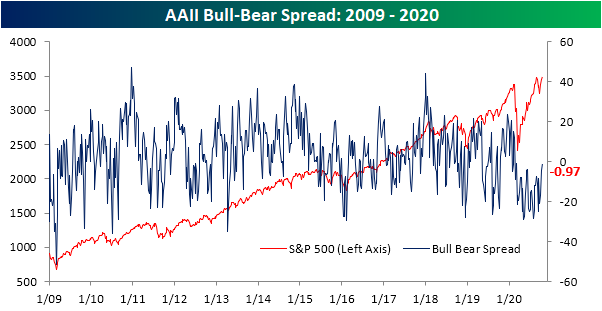 Given bullish sentiment did not move much, those that were formerly reporting as bearish are now neutral.  Neutral sentiment is now at 29.47% which outside of October 1st’s 30.69%, is the highest reading of the past two months.  Click here to view Bespoke’s premium membership options for our best research available. 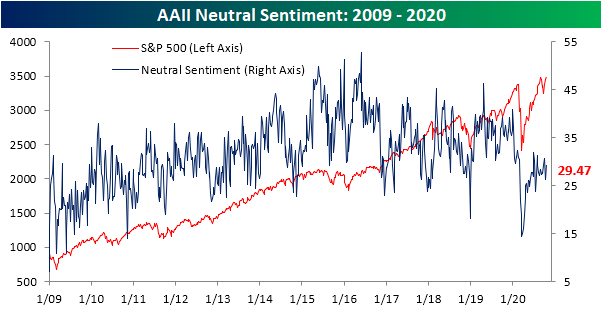