Additional all-time highs this week helped to further boost sentiment as the percentage of investors reporting as bullish in AAII‘s weekly sentiment survey rose to 32.08% from 30.39% last week. That is the highest level of bullish sentiment since mid-June when it spent two weeks above 34%.  Think about that for a minute.  While the S&P 500 makes new record highs, still less than a third of these investors consider themselves bullish. 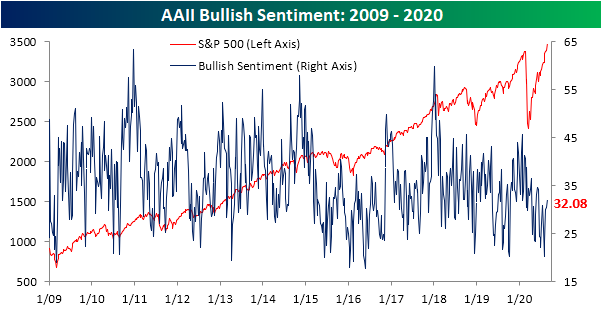 The gain in optimism took share from the bear camp as the percentage of bearish investors fell 2.78 percentage points to 39.62%. Although it remains the predominant sentiment reading, that is the lowest level since June 11th’s 38.05% reading. This week in addition to that June 11th reading and the prior week to that (June 4th) marks just the third time since the bear market low that bearish sentiment was below 40%.  Before those June readings below 40%, you would need to go back to the first week of March to find the last time bearish sentiment was below 40%. 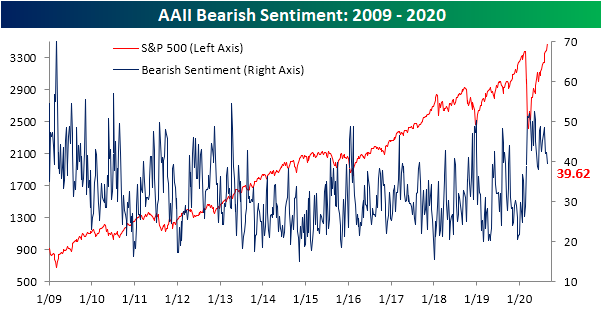 Given the opposing moves in bullish and bearish readings, the bull-bear spread is still negative as the record streak of negative readings grows to 27 weeks long.  The spread is now the closest it has been to zero since June 11th. 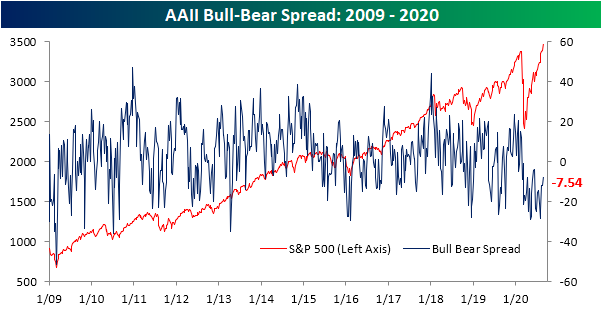 Not all of the losses to bearish sentiment went to the bulls. Neutral sentiment is still in the same range it has been in all of August, rising to 28.3% this week.  Click here to view Bespoke’s premium membership options for our best research available. 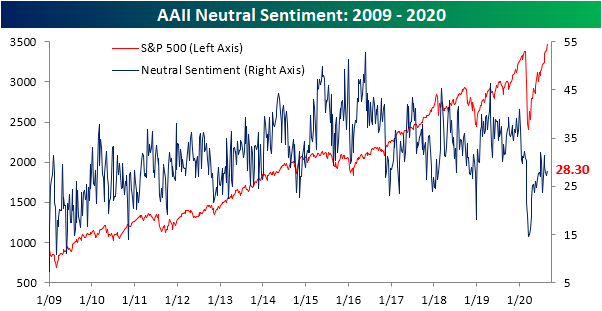