Last week, when the S&P 500 was appearing to hold up at support at its 50-DMA, bullish sentiment managed to significantly rise to 32.02%. But in the week since then, the S&P 500 has taken another leg lower, falling below its 50-DMA and is now 9% from the September 2nd high. Today the index even briefly met the technical definition of a correction (10% decline from a high) on an intraday basis. Given this, bullish sentiment, as seen in the American Association of Individual Investors‘ weekly survey, has likewise taken a sizeable turn lower. Just 24.89% of responding investors this week reported as bullish.  While lthis is a low reading, this week’s reading is actually slightly higher than two weeks ago (23.71%) following the initial drop from the highs. 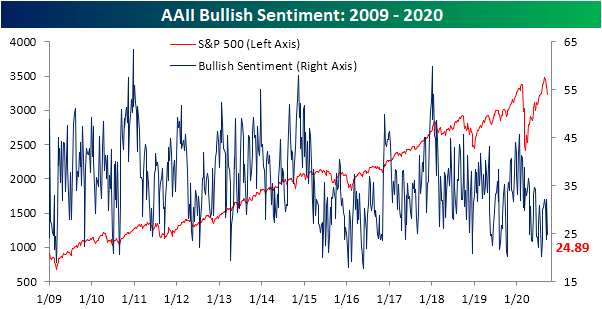 While the AAII survey has consistently held a bearish bias over the past few months despite the market rally, the Investors Intelligence survey of equity newsletter writers has been more optimistic. That is until the past few weeks.  51.5% of respondents to this survey are now reporting as bullish which is the lowest reading since the last week of May.  Back at the September 2nd high, this survey showed 61.5% of respondents as bullish; the most since October of 2018. The 10 percentage point drop in that time was the largest decline in three weeks since March. 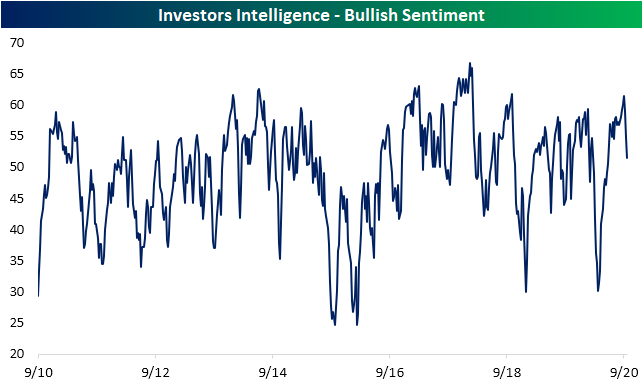 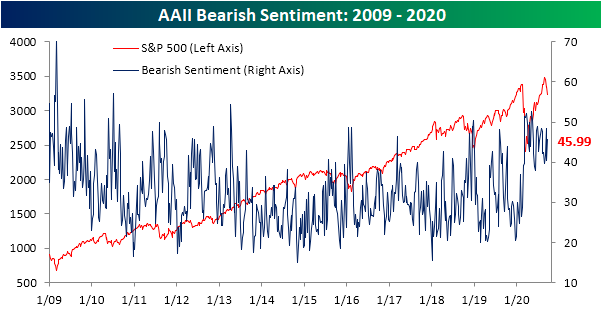 With the inverse moves in bullish and bearish sentiment, the bull-bear spread widened to the low end of the past several month’s range at -21.1. The record streak of negative bull-bear spread readings has also continued to grow, now extending to 31 weeks. 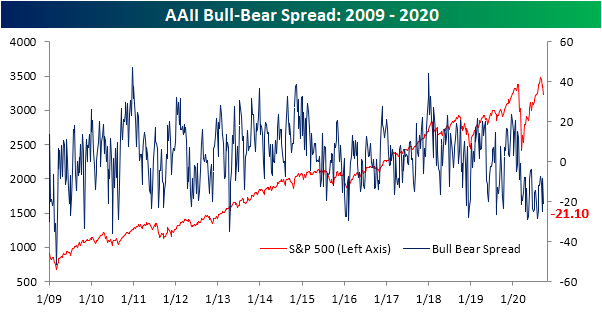 Neutral sentiment was also higher this week rising to 29.11%, bringing the reading up to the same level as July 23rd. Click here to view Bespoke’s premium membership options for our best research available. 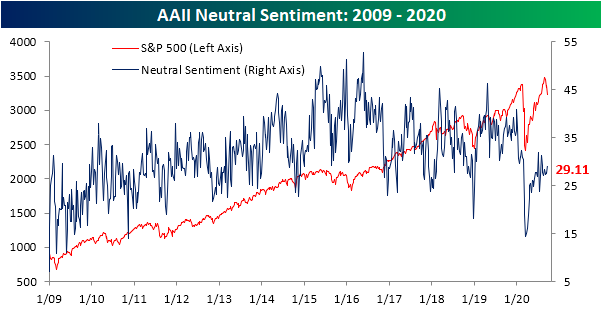