Bullish Sentiment Finally Rises in Back to Back Weeks

The S&P 500 has continued to press higher resulting in a coincident rise in sentiment.  The AAII‘s weekly reading on bullish sentiment rose back above 40% for the first time since the week of July 8th. While 43.4% is not a particularly elevated reading on sentiment (72nd percentile of all periods), the move higher is particularly notable in that it was the first time bullish sentiment has risen in back-to-back weeks since February. That is especially surprising given the fact that bullish sentiment was very elevated at points between now and then, such as back in the spring when it eclipsed 50%. That is also a historically long stretch of time without back-to-back increases in bullish sentiment.  As shown in the second chart below, at just over half of a year-long, the only two similar streaks on record were in 1995 and from 1997 to 1998. 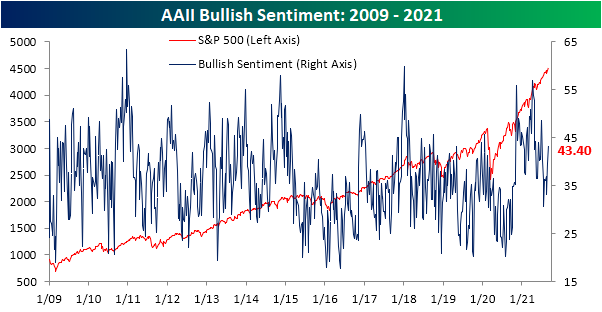 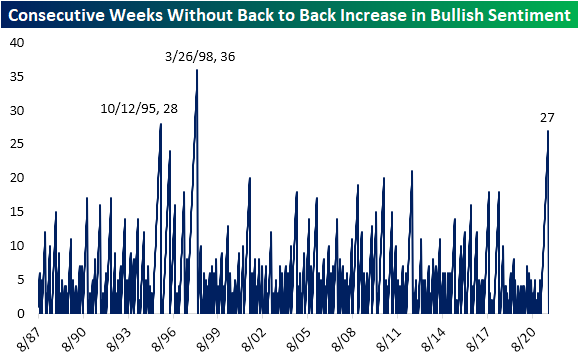 Negative sentiment has broadly picked up over the past couple of months.  In the AAII survey, bearish sentiment was slightly higher at 33.3% versus 33% last week.  While below the peak from only a couple of weeks ago, that is still elevated versus readings from earlier this year. 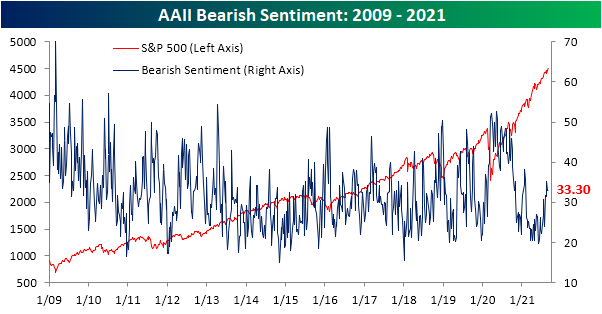 Similarly, the Investors Intelligence survey of newsletter writers has also seen bearish sentiment on the rise throughout the summer.  This week, it topped 20% for the first time since March 10th.  At 21.3%, bearish sentiment in this survey is at the highest level since last October.  With that said, the current reading is also well below the 20 year average of 24.19%. 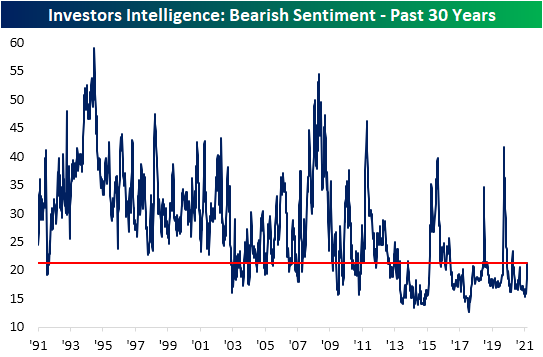 As a result of the larger gains to bullish versus bearish sentiment, optimism remains the favored response in the AAII survey. The bull-bear spread rose back into positive double digits this week for the first time since the last week of July. 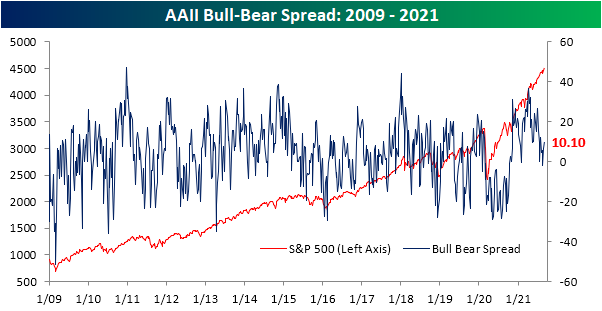 Given both bullish and bearish sentiments were higher, neutral sentiment has continued to unwind.  That reading fell 4.3 percentage points this week to a new low of 23.2%.  That was the fourth decline in the past five weeks as neutral sentiment came in at the lowest level since mid-April. Click here to view Bespoke’s premium membership options. 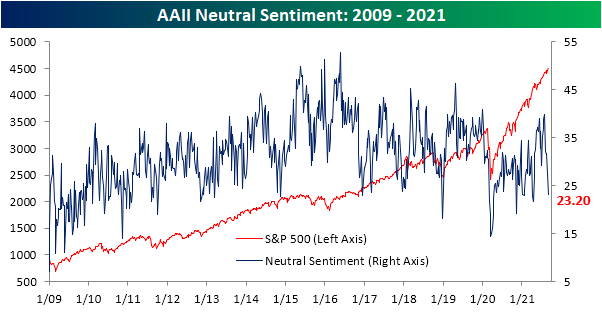