The past week has been one of the worst short term runs for the major indices of the past several months, and sentiment this week is reflecting that negative price action.  Bullish sentiment as measured by the AAII weekly sentiment survey took a spill, dropping 7.8 percentage points to 36.5%.  Whereas just over a month ago bullish sentiment hit a multi-year high at 56.9%, this week’s reading was the lowest since the last week of October. 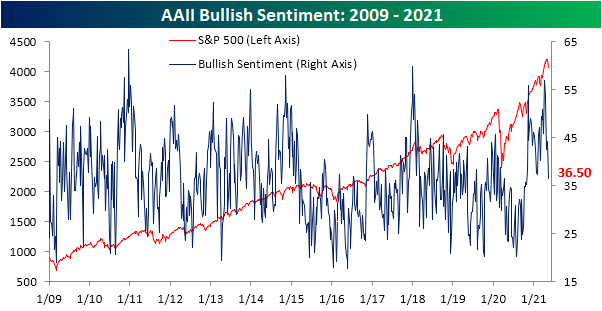 The over 20 percentage point decline in that time was the biggest drop in a span of five weeks since a 22.73 percentage point decline in the five weeks ending February 8th, 2018. In the table below, we show the past 11 periods in which bullish sentiment fell by at least 20 percentage points in five weeks without another occurrence in at least a year.   Overall, they have consistently preceded solid runs for the S&P 500 with frequent moves higher that are on average larger than the norm. One and three months later have both seen the S&P 500 trade higher 81.8% of the time and a half year to a full-year out has seen the index lower only one time (in 2007). Additionally, each of the prior instances since 2009 has been marked by the S&P 500 trading higher across all time frames. 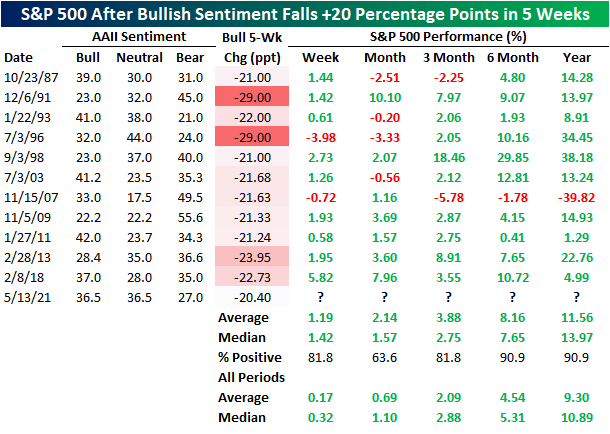 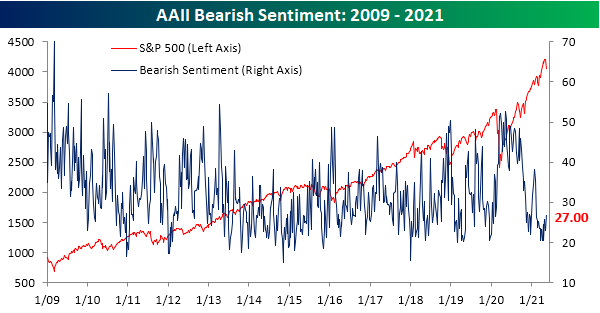 That has resulted in the bull-bear spread dropping 11.7 points to 9.5.  That is the first single-digit reading in the spread since the first week of February, but it still indicates that overall sentiment remains biased towards the bulls. 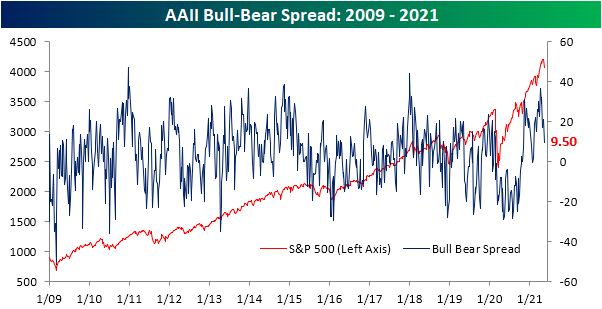 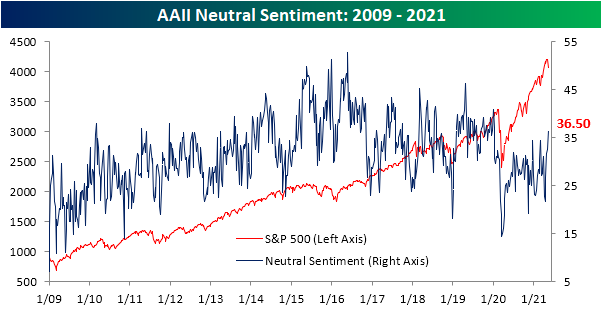