With the S&P 500 rallying in the first two days of the week and early on Wednesday, bullish sentiment on the part of individual investors saw a sizable uptick over the last week.  According to the latest weekly survey from the American Association of Individual Investors (AAII), bullish sentiment increased from  23.71% last week to 32.02%.  That 8.31 percentage point increase was tied for the largest weekly increase since January 16th but only marks a three-week high in optimism. 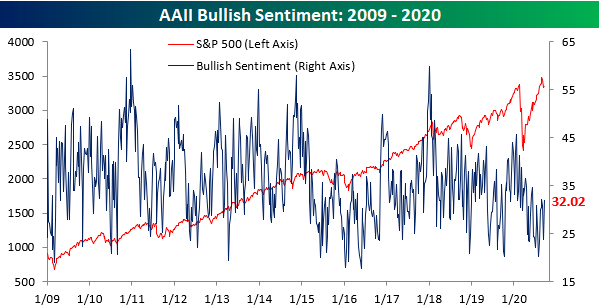 With the big move into the bullish camp, there was an exodus of equal magnitude from the bears as negative sentiment fell from 48.45% down to 40.39%. The last time bearish sentiment dropped that much in a week was on February 13th just before the Q1 stock market peak.  Similar to bullish sentiment but in the opposite direction, though, bearish sentiment was actually lower four weeks ago. 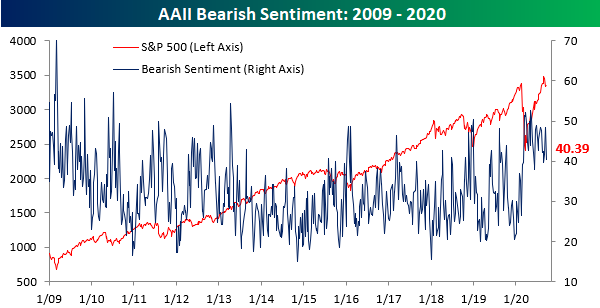 Even after the shifts in sentiment this week, though, the bull-bear spread remains negative at 8.34 percentage points. 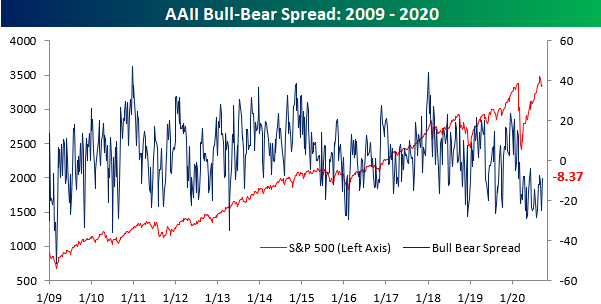 This week’s bull-bear spread now takes the current record streak of negative sentiment readings to 30 which is eight weeks longer than the prior record reading of 22 weeks back in late 1990. It’s been well-documented that the sample of this survey tends to skew bearish, but 30 weeks is a long streak!  Click here to start a free trial to Bespoke to unlock full access to all of our research and interactive tools. 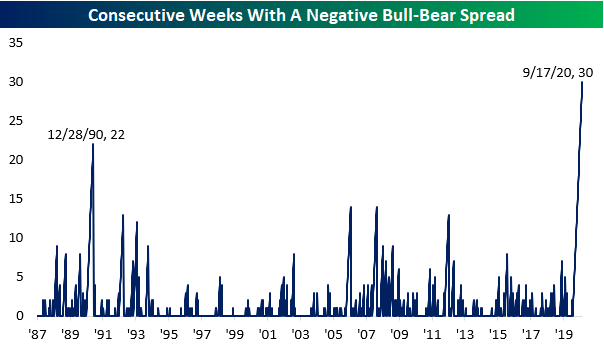