Bullish Sentiment Below 25% for 3 Weeks

Despite generally positive price action over the past week, bullish sentiment has continued to take a hit.  AAII’s sentiment survey saw just 22.15% of respondents report as optimistic for equities over the next six months. That is down for a fourth consecutive week and the third week in a row with less than a quarter of respondents reporting as bullish. That leaves bullish sentiment at its lowest level since October of last year when it fell to 20.31% and in the bottom 5% of all readings since the beginning of the survey in 1987. 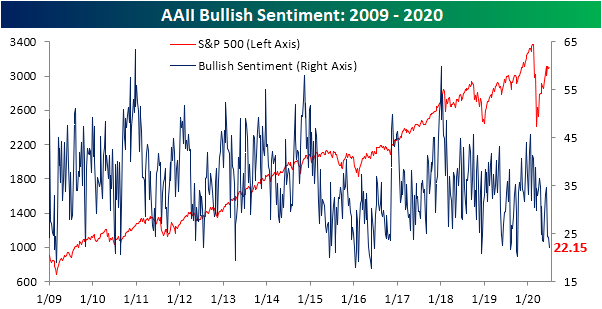 As previously mentioned, less than a quarter of respondents have reported as bullish for three consecutive weeks now.  As shown in the table below, there have not been many other occurrences of this since the start of the survey.  In fact, there have only been 13 other times that bullish sentiment has been below 25% for three weeks or more without another occurrence in the prior 3 months.  The last occurrence was in the spring of last year. Most of these streaks have ended at three weeks long, but there are some that have gone on for longer with the longest such streak being in 1990 when bullish sentiment remained below 25% for 9 straight weeks.  Although this may indicate that investors hold a pessimistic outlook on the market, historically it has led to strong returns for equities.  In prior periods where bullish sentiment has been below 25% for three weeks in a row the S&P 500 has tended to outperform over the following weeks, months, and years.  Not only is there outperformance, but over the following 3, 6, and 12 months, the S&P 500 has not been lower even once. 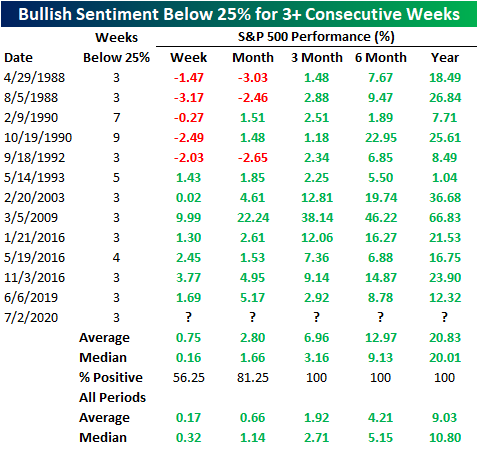 Given that, it should not come as a surprise that many of those low bullish sentiment readings have come around market lows as shown in the charts below. 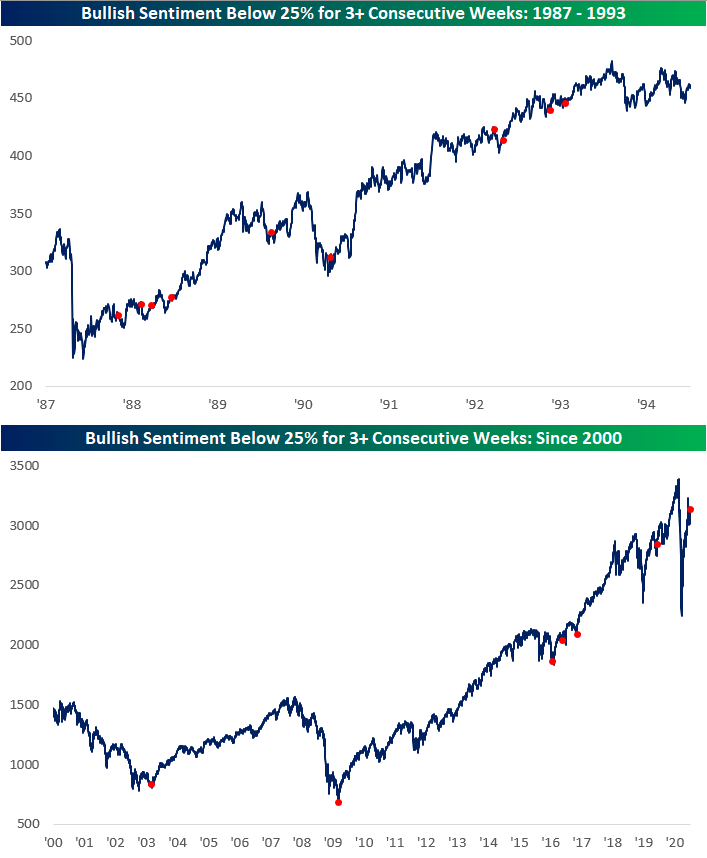 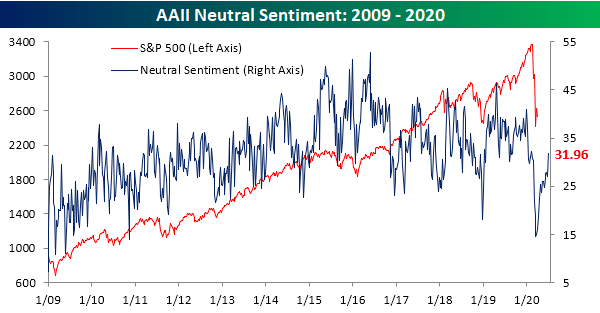 Meanwhile, bearish sentiment was actually lower falling to  45.9% from 48.9% last week. Although lower, bearish sentiment is still fairly elevated in the 93rd percentile of all readings in the survey’s history. Click here to view Bespoke’s premium membership options for our best research available. 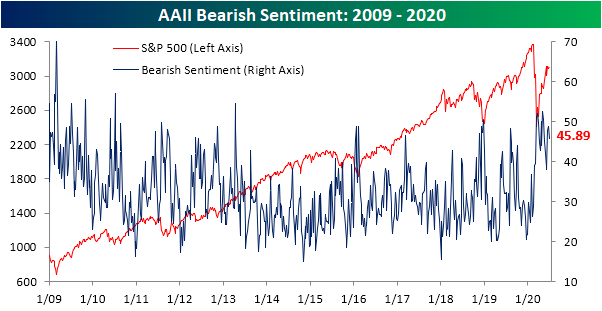