Bullish Sentiment Back Above Average

After remaining depressed for most of the past few months, the past several weeks have marked a rapid turn higher in bullish sentiment as per the American Association of Individual Investors’ weekly survey.  As shown in the first chart below, bullish sentiment rose another 2.67 percentage points this week to 37.96%.  That is the most optimistic reading on sentiment since the first week of March. 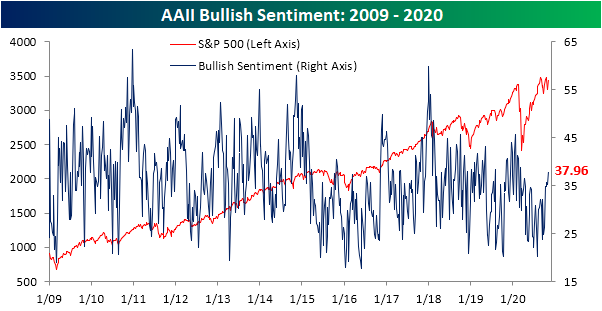 As the percentage of bullish respondents has risen to the high-30% range, it has finally moved just barely above its historical average of 37.91%.  That is the first time this has happened in 34 weeks. As shown below, that makes for the second-longest streak of below-average readings on bullish sentiment in the survey’s history.  The only one that went on for longer was back in 2016 when the streak lasted for exactly a year. 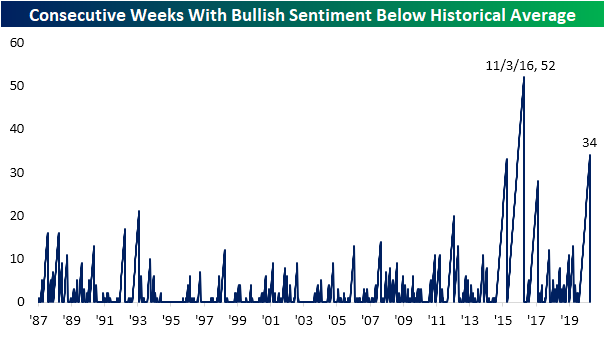 As bullish sentiment rose, bearish sentiment fell.  Only 31.48% of investors reported as bearish which is the lowest level of market pessimism since February 20th; one day after the last bull market peak. Following the stretch of historically elevated readings over the past few months, this week’s decline brings the reading into the middle of its historical range (58th percentile), though unlike bullish sentiment, that is still slightly above the historical average of 30.63% as has been the case for the past 37 weeks. That is also the second-longest streak of above-average readings in bearish sentiment on record behind one that went on for 83 weeks ending in 2009. 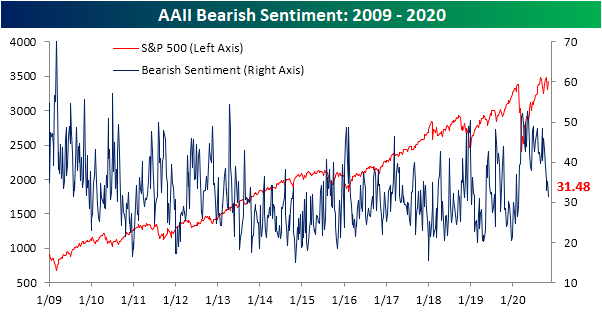 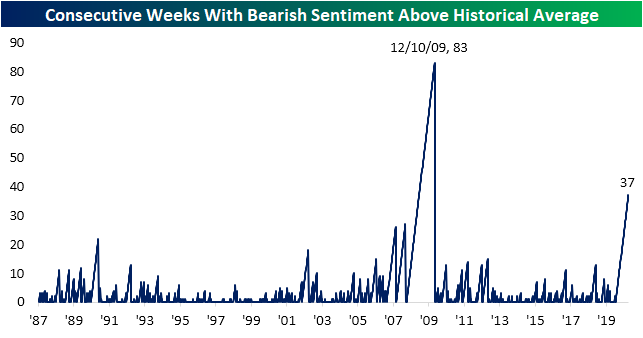 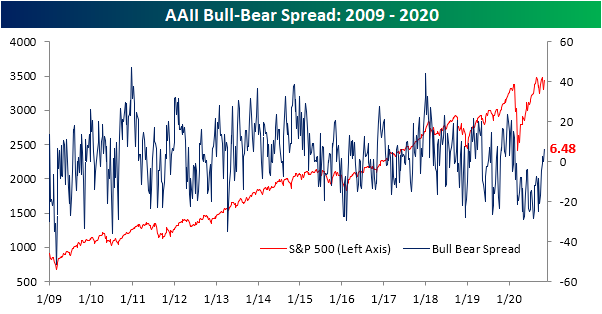 Not every investor has a strong opinion on the market though.  The percentage of respondents reporting as neutral was also higher this week, rising 1.15 percentage points to 30.56%.  That is still off the pandemic high of 31.96% from July. Click here to view Bespoke’s premium membership options for our best research available. 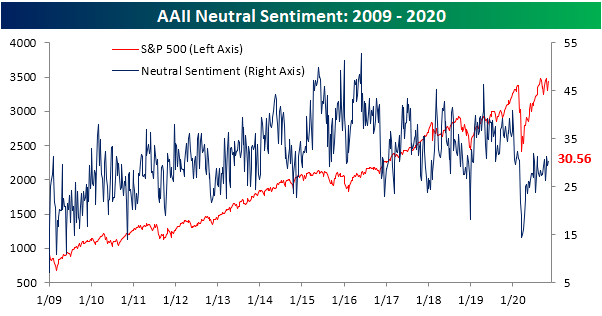