Bullish Sentiment Back Above 50% But Is That A Good Thing?

With the NASDAQ has put in a lower high and the Russell 2,000 touched the technical definition of a correction intraday today, sentiment has turned the other cheek.  The AAII’s reading on bullish sentiment rose two percentage points moving back above 50% this week.  Bullish sentiment is now at its highest level since the week of November 12th. 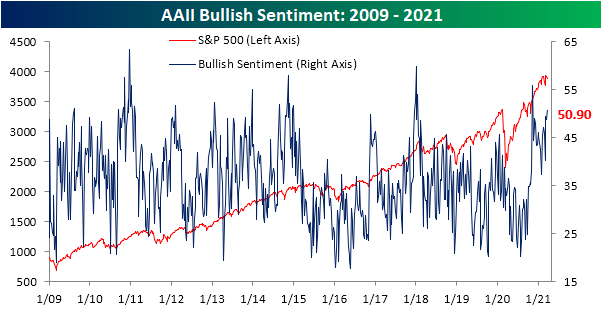 Since the AAII survey began in the late 1980s, there are plenty of instances (191 weeks) in which bullish sentiment has come in above 50%. As shown below, generally higher readings on bullish sentiment have resulted in weaker returns than when sentiment holds a more pessimistic outlook.

Given this, in the charts below we show the average performance of the S&P 500 in the weeks and months after bullish sentiment comes in above 50% for the first time in at least 3 months.  Across those 31 past instances, while the index is frequently higher with positive returns better than three-quarters of the time six and twelve months later, the size of those gains are smaller than the norm.  Only the one-week period has managed outperformance versus all periods with a 31 bps gain rather than the 18 bps gain for all other periods. 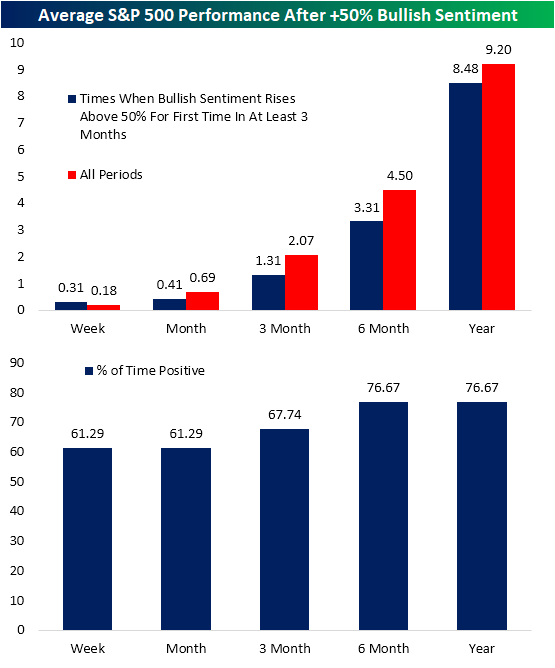 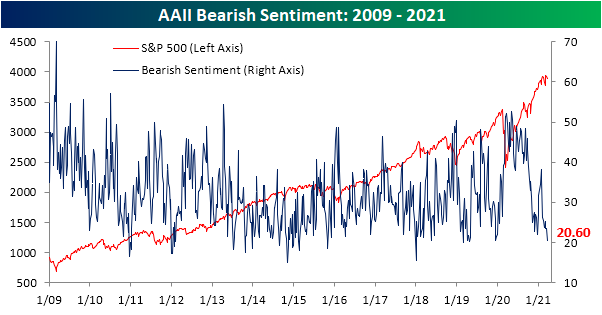 Given the high level in bullish sentiment and low level of bearish sentiment, the bull-bear spread rose back above 30 for the first time since the week of November 12th when it stood slightly higher at 30.97. 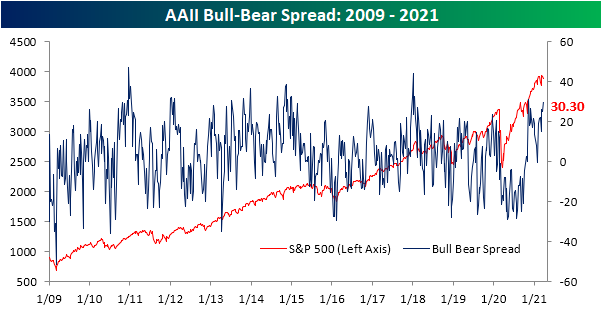 While both bullish and bearish sentiment are at notable levels, there was not a very large change in the percentage of respondents reporting as neutral.  That reading rose only 1 percentage point to 28.5%.  That leaves it right in the middle of its recent range. As recently as the first week of March this reading stood several percentage points higher at 34.4% whereas it is nearly equally as far away from its lows from early January.Start a two-week free trial to Bespoke Institutional to access our interactive economic indicators monitor and much more. 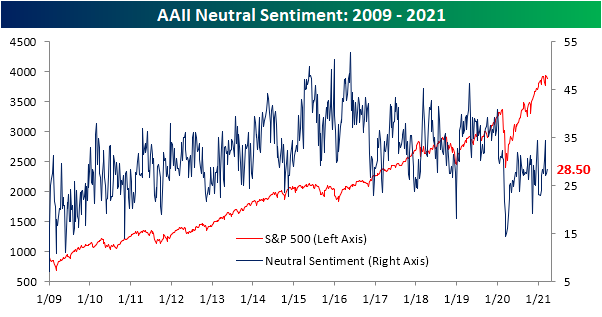