While this bull has certainly been a long one, the S&P would have to continue rallying for nearly two more years before it can take over the trophy for the longest bull market on record.  From December 1987 to March 2000 (4,494 days), the index gained 582.1% without experiencing a single 20% decline on a closing basis.  Start a two-week free trial to Bespoke Premium to unlock access to our research, including our Morning Lineup, Chart of the Day, and weekly Bespoke Report. 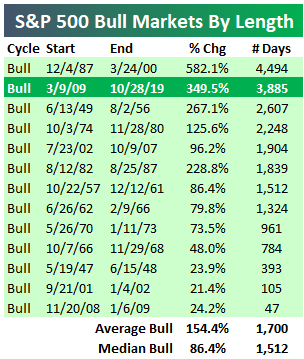 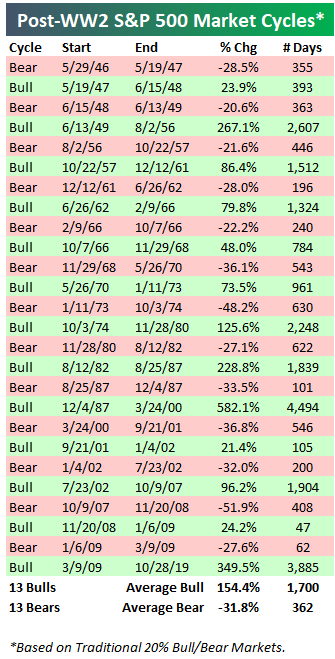