Peering across the ETFs tracking the stock markets of the 23 global economies tracked in our Global Macro Dashboard, the US is far from alone in having declined recently.  As shown in our matrix below, the US (SPY) hit its 52-week high back on September 2nd and only a handful of other countries hit their own 52-week highs after that date: Russia (RSX), Norway (ENOR), Japan (EW), and Taiwan (EWT). Russia is perhaps the most notable of these countries. Not only was it the ETF to have most recently hit a 52-week high, but it is also the only one that is currently above its levels from 9/2 and the only one that is trading over one standard deviation above its 50-DMA. In fact, RSX is teetering on extreme overbought territory.  As for the other ETFs, Norway (ENOR), India (INDA), and Malaysia (EWM) are the only ones that are even above their 50-DMAs at the moment. 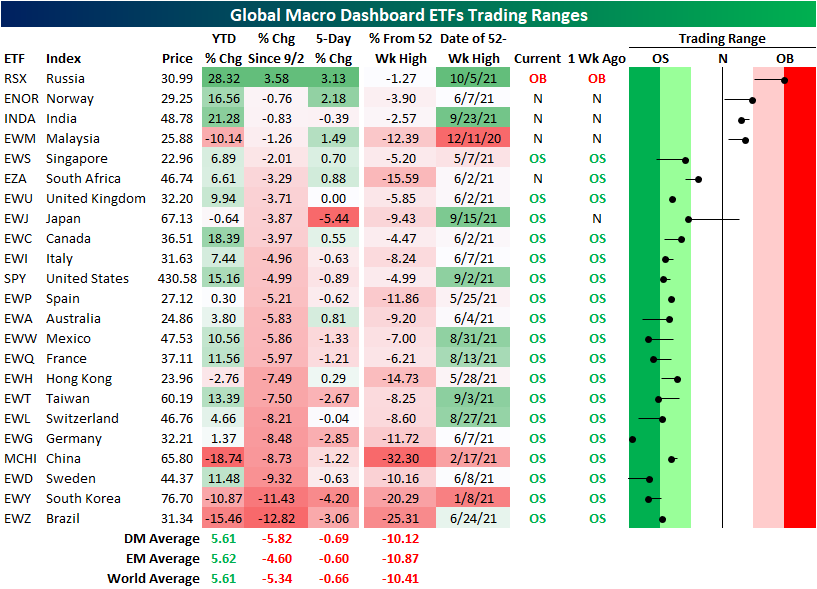 Again, Russia has experienced notable outperformance relative to most other country ETFs, but that is especially the case relative to other BRIC countries.  Brazil (EWZ) and China (MCHI) have been in steady multi-month downtrends since their 52-week highs back in the first couple of months of the year. As a result of those downtrends, these two also have the worst YTD performance of all these country ETFs whereas RSX is the top performer followed by India (INDA). Additionally, since the US high on 9/2, Brazil has fallen 12.82% which ranks as the worst performance of any of these countries in that time frame.  Only South Korea (EWY) has also fallen double digits in that same span of time.  While it has also pulled back from its highs, the other BRIC country, India (INDA), is perhaps more similar to RSX with a steady uptrend over the past year. Currently, INDA is within 1% of its highs as well. 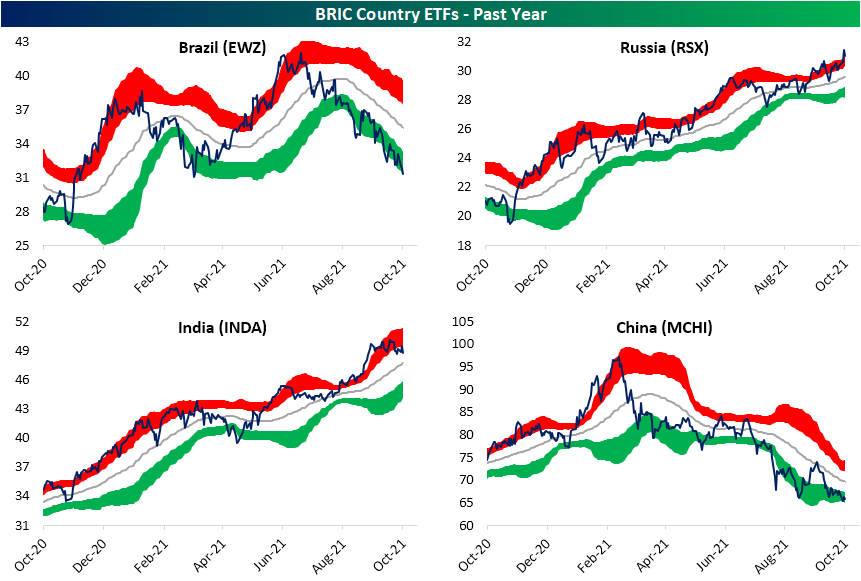 Pivoting away from EM markets, the G7 countries have broadly traded sideways over the past few months and are currently at the lower end of those ranges. There are exceptions to this though. Separating the downdraft over the past month, the US has actually trended higher since the spring.  Germany (EWG) meanwhile is the only one that has totally broken down. In fact, it is currently the most oversold of all the 23 country ETFs highlighted above. With respect to its own history, the z-score readings (how many standard deviations from its 50-DMA the current price is) this month have all ranked in the bottom few percentiles of all periods since EWG began trading in 1996. Although EWG has broken down and is at the lowest level in months, Japan (EWJ) has experienced an even sharper short-term decline.  In the past five days, EWJ has been the worst performer shedding 5.44%. EWJ has now erased all of the spike-up that occurred at the end of August through last month. If there is any silver lining to be found with regards to that decline, unlike EWG, Japan is for the time being above support at the summer lows.  Click here to view Bespoke’s premium membership options. 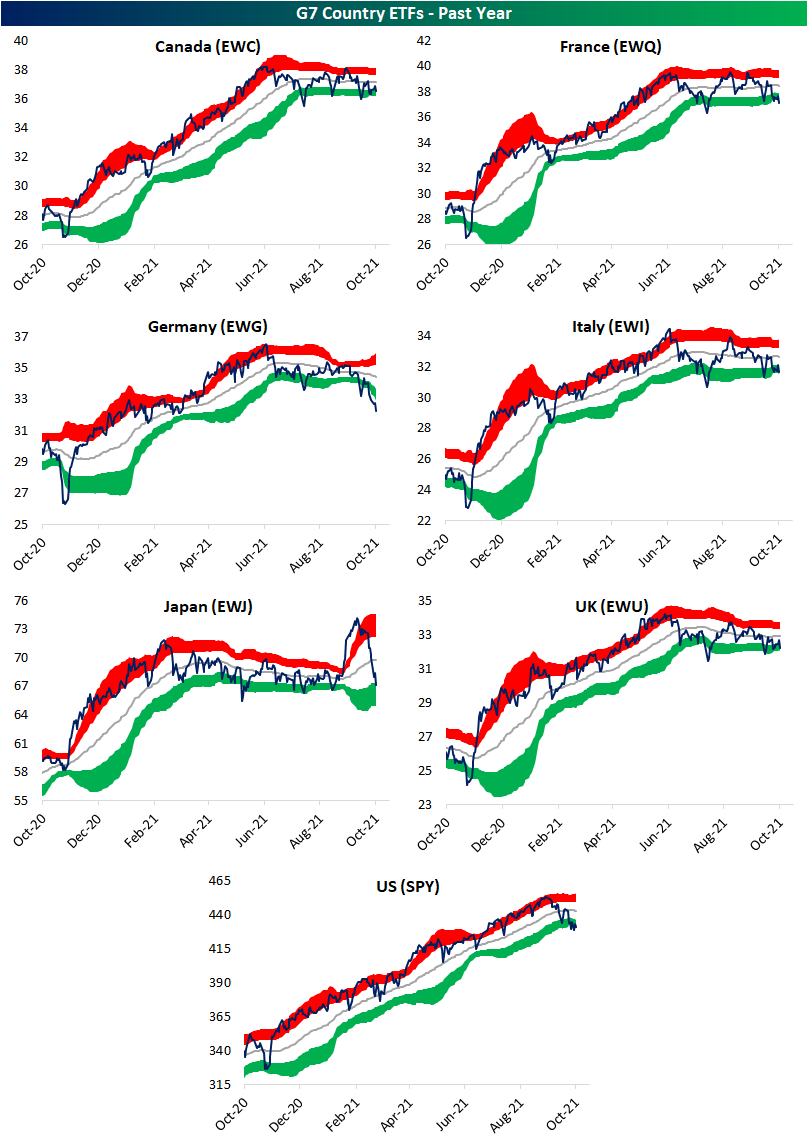