While broad participation is healthy for the long-term prospects of a rally, these 10-Day A/D lines have gotten extremely overbought in the near term, suggesting a cool-down period is likely in the days ahead. 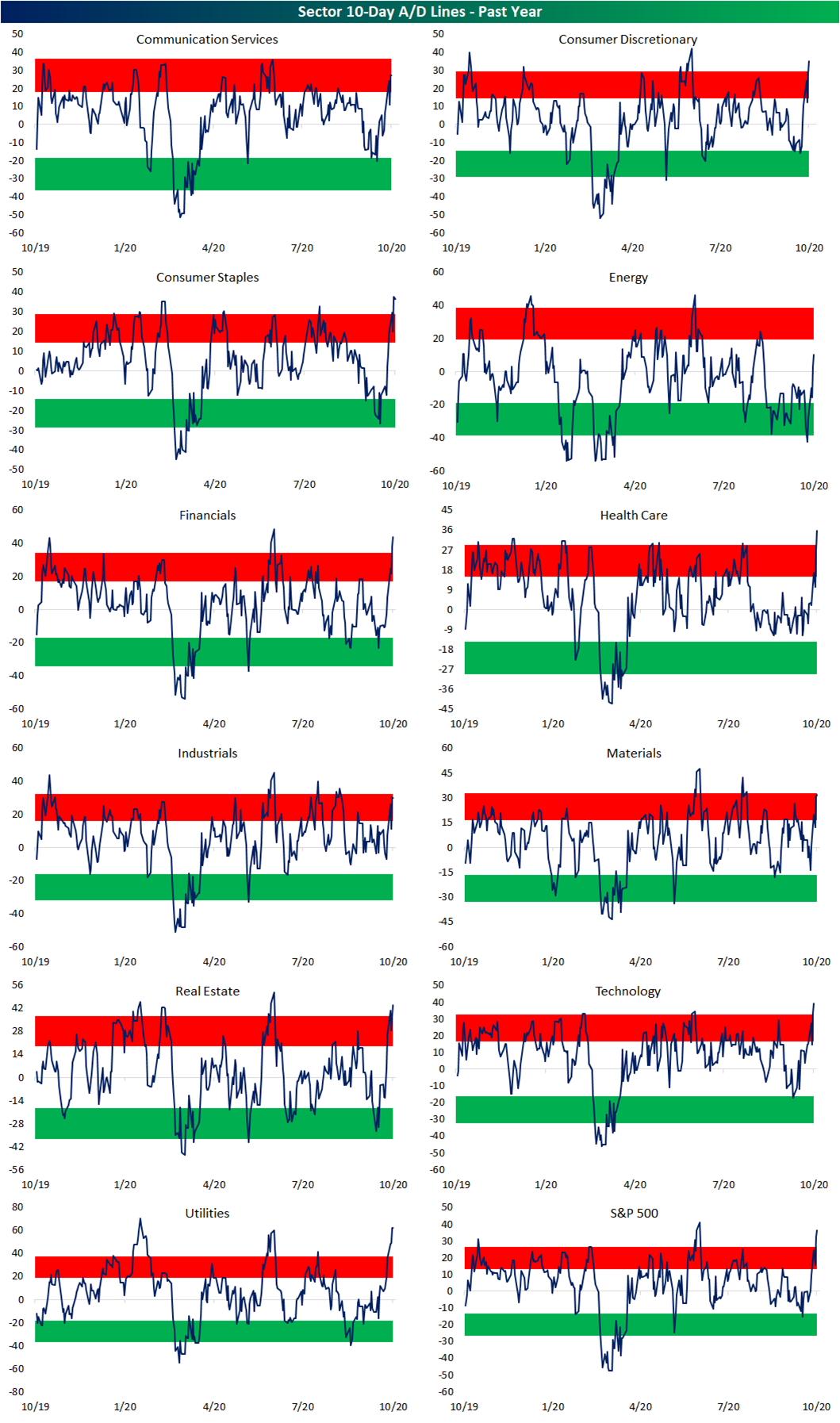 With short term breadth running very hot, the cumulative A/D lines of several sectors are breaking out to new highs as well.  Utilities and Materials are the only sectors to have seen prices reach a new high in the past few days alongside their cumulative A/D lines.  As for the other sectors, Consumer Discretionary, Consumer Staples, Health Care, Materials, and Tech have also all seen new highs for cumulative breadth.  The same applies to the S&P 500, but again, none of these have yet to see price do the same.  You can see these sector charts along with many more in our Daily Sector Snapshot.  The Sector Snapshot is included with a Bespoke Premium membership.  Click here to start a two-week free trial to Bespoke Premium. 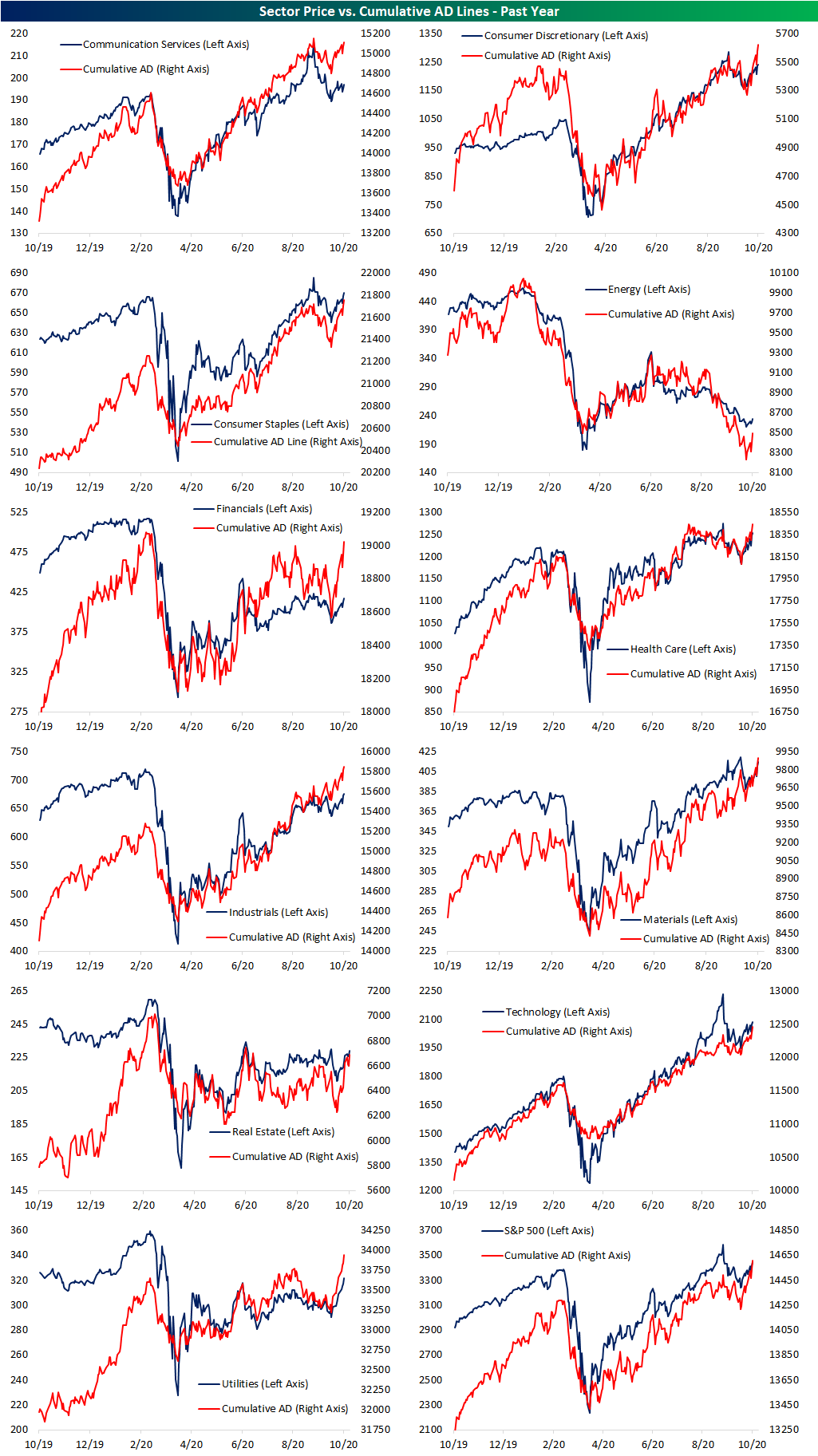