Of a number of country ETFs, Brazil (EWZ) has far outpaced the rest of the world as we noted last week. With some well-received news on the election front over the weekend, that outperformance has been amplified even as other global equity markets similarly have posted large gains.  Whereas the average country ETF is down 20.73% year to date, Brazil is up over 17%.  So far this week and in the month of October, EWZ has also left the rest of the world in the dust rallying nearly 11%; more than twice the average for other emerging markets. 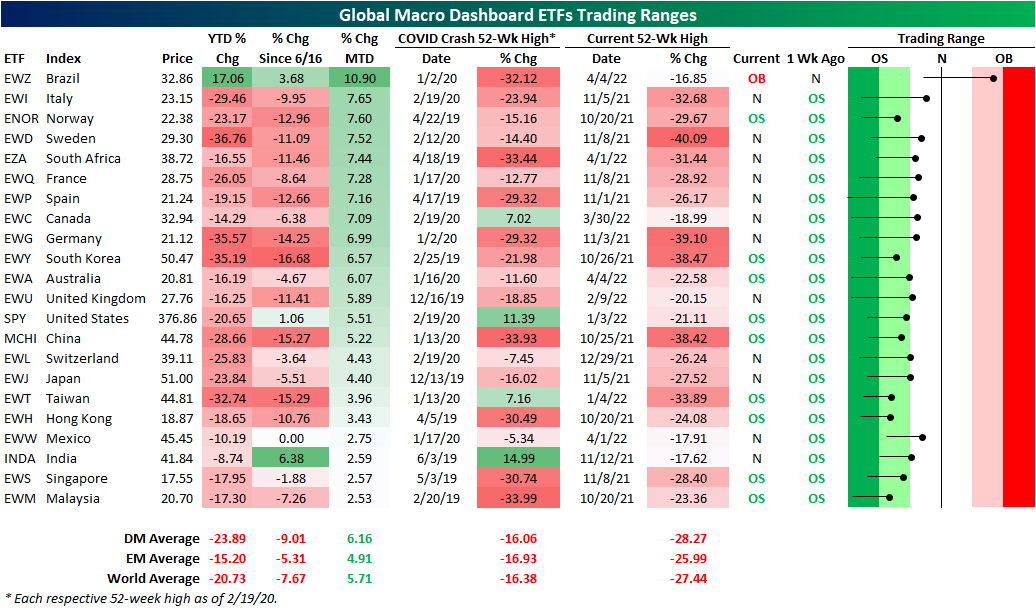 As shown above and in the chart below, the past couple of days’ surge in price in the wake of the country’s election going to a runoff has sent the ETF smashing through its 50-DMA as well as its 200-DMA.  Not only is that coming off of a lower low, but additionally it has now moved above the high end of the range since early August. That being said, the move has resulted in the ETF approaching extremely overbought levels. 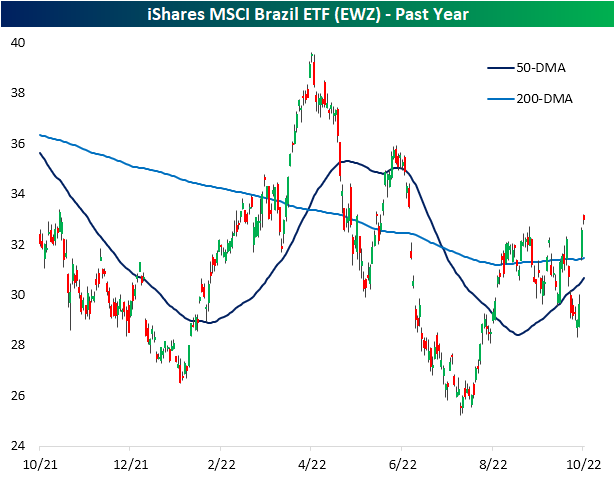 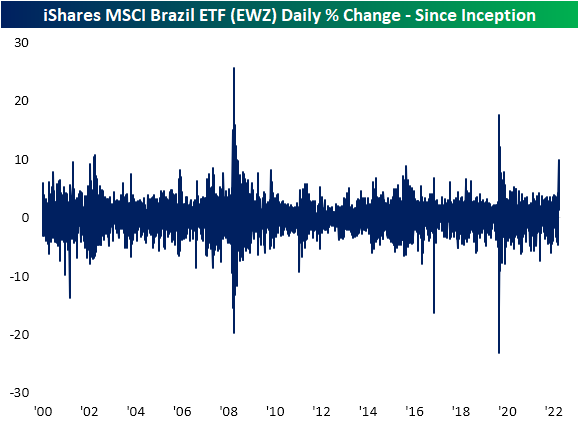 As previously mentioned, the rally in Brazilian equities has been impressive, but so too has been the bounce here in the US as well as the rest of the world.  As a result of the corresponding moves, the ratio of EWZ to SPY has moved up to the highest level since August 2021. In spite of the recent outperformance in 2022, from a longer-term perspective (the past five years), the ratio has been in a downtrend and essentially moved sideways during the post-pandemic rally. In other words, the past few days have been impressive for Brazilian equities, but one day does not necessarily make a trend. Click here to learn more about Bespoke’s premium stock market research service. 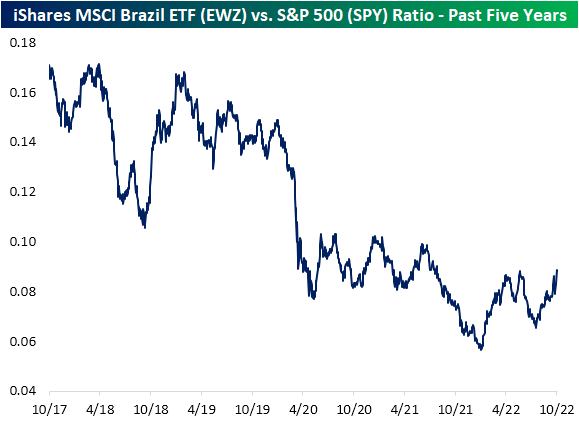