Looking across the country ETFs from the 23 countries tracked in our Global Macro Dashboard, most countries have pulled back in the past week though they remain up on the year.  But one notable exception has been Brazil (EWZ).  EWZ has gotten crushed falling 11.24% in the past five days alone and is now in a new bear market with a 20%+ drop from its 52-week high.  Given these steep declines, the ETF is deeply oversold at nearly 3 standard deviations below its 50-DMA.  There are only two other country ETFs that are currently oversold: Malaysia (EWM) and Switzerland (EWL).  Granted, neither of these are nearly as oversold as EWZ. In fact, EWM is on the cusp of moving out of oversold territory.  In addition to these countries, Mexico (EWW) is the only other one that is down year to date.  While Brazil is down double digits this year, Taiwan (EWT) has risen over 11.5%. It is the only country ETF to have gained double digits so far this year while South Africa (EZA) and Sweden (EWD) are both closing in on doing the same. China (MCHI) is the next best-performing country this year, but it sits much further below its 52-week highs than the other top performers in 2021. Since the mid-February high, MCHI has fallen 9.6%. In recent days, that decline is resulting in a test of its 50-DMA. Click here to view Bespoke’s premium membership options for our best research available. 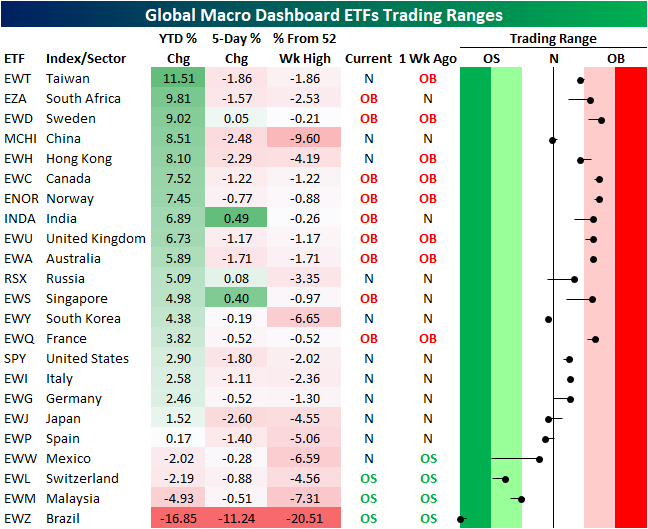 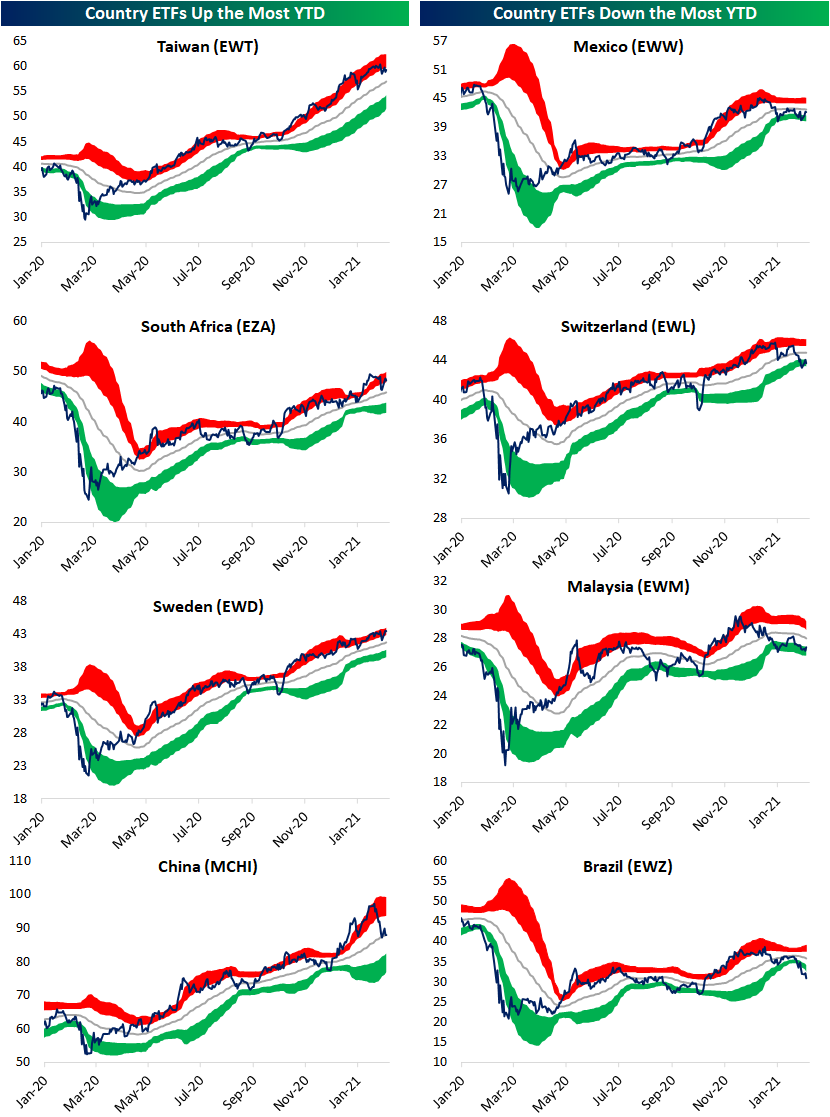