Brazil and Russia Go In Opposite Directions

Earlier today, we updated our Global Macro Dashboard highlighting major economic data points of 22 major global economies. In the table below, we show the ETFs tracking the stock markets of those same countries and their performance YTD, since their 52-week high, and where that leaves them within their trading ranges (standard deviations from the 50-DMA).

With only four ETFs up in a meaningful way year to date, heavy selling has not just been isolated to the US.  Brazil (EWZ) has bucked the trend, though, rallying 10.33%.  Despite the strong start to the year, EWZ is still one of the ETFs down the most from its 52-week high.  The huge rally this month leaves EWZ deeply overbought alongside South Africa (EZA). While there are only two overbought countries, nearly half of the list is oversold. South Korea is the most oversold of these, but it has not experienced the largest decline this year. Russia (RSX) takes that crown as RSX has fallen 16.65% YTD as geopolitical tensions with Ukraine arise and the threat of sanctions weighs on that market 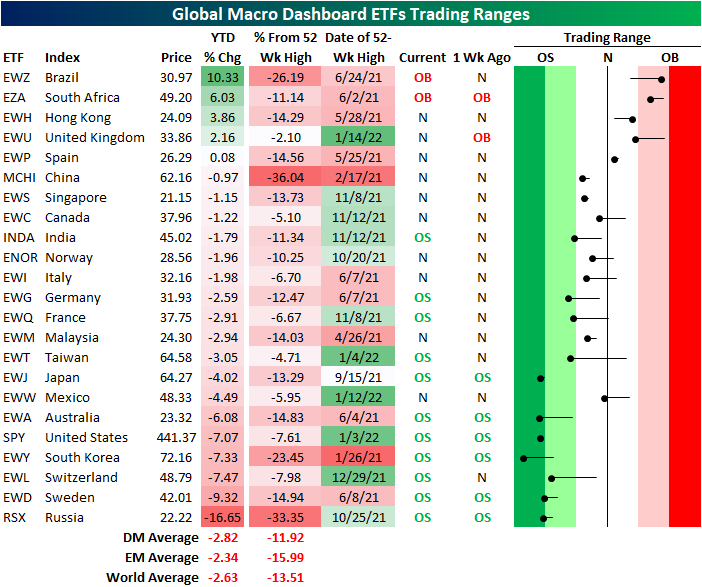 As previously mentioned, two of the biggest movers are the first half of the BRIC countries. While the decline for RSX recently has been severe, it is a leg lower in a longer-term downtrend that has been in place since the fall. Brazil, meanwhile, has been in a downtrend since last spring, but the recent surge has resulted in it definitively breaking that trend.  China’s (MCHI) downtrend is approaching a year in length, but there has not been much in the way of technical improvements.  The same can also be said for India (INDA) which has failed to reclaim its 50-DMA. 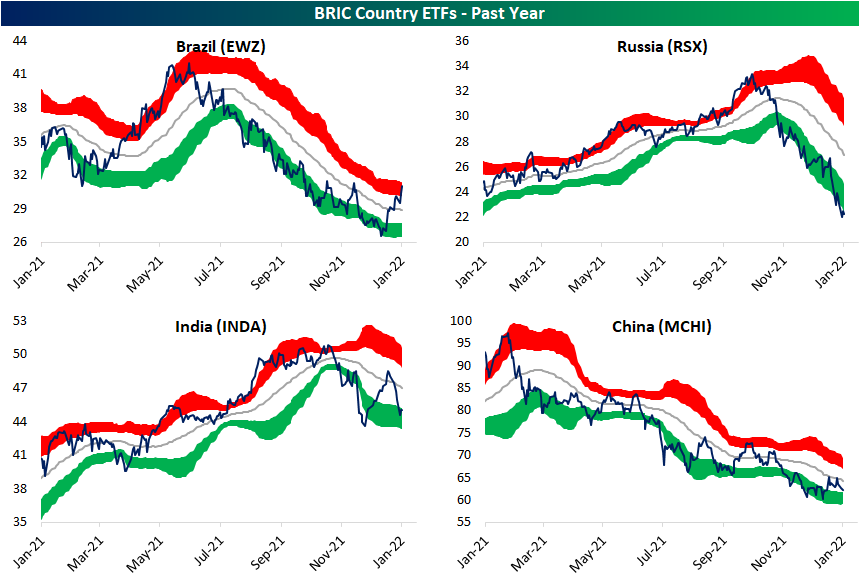 While no other BRIC country ETF has broken out of its downtrend, Hong Kong (EWH) and South Africa (EZA) have both been stronger. That being said, EWH has begun to reverse lower after reaching overbought territory, and EZA failed to take out resistance at the fall highs and has since been consolidating. Click here to view Bespoke’s premium membership options. 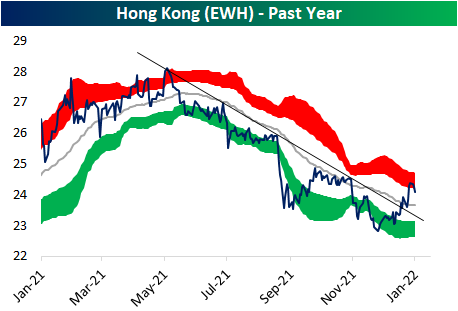 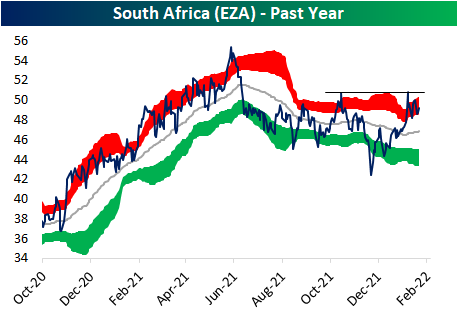