In reaction to today’s better than expected Nonfarm Payrolls report, perhaps one of the most notable moves has been in rates. Whereas the S&P 500 is up a modest 0.15%, the iShares 20+ Year Treasury ETF (TLT) is falling 1.5% as of this writing and is on pace for its biggest single-day decline since June 21st.  From a charting perspective, the decline is even more notable. Today’s drop has smashed through the uptrend line that had been in place since the spring. With that line broken, TLT’s 50-DMA is likely to be the next area of support to watch. 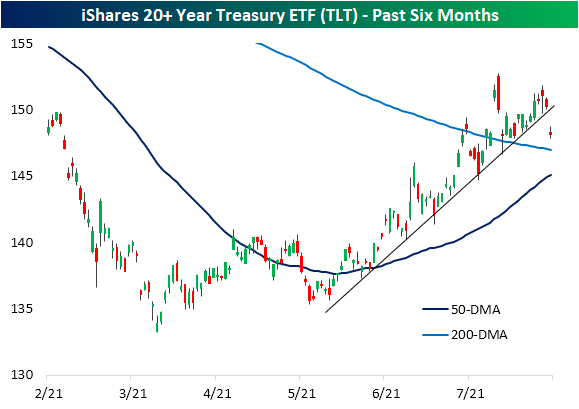 As for investment-grade corporate bonds, it is the same story. The iShares Investment Grade Corporate Bond ETF (LQD) is down 0.73% today for its worst day since March 12th when it fell over 1%. As with TLT, that decline has broken the ETF’s uptrend that has been in place for most of the past year, and the next area of potential support is its moving averages.  More specifically, LQD is closing in on its 200-DMA which recently crossed above the 50-DMA.   Click here to view Bespoke’s premium membership options. 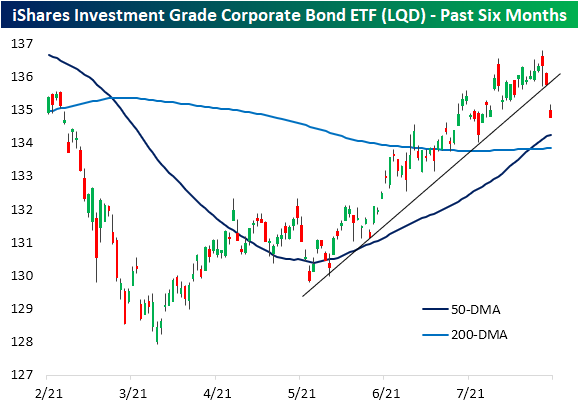