Over the past few days, there have been some notable breakouts for some of the largest fixed-income ETFs.  The High Yield Corporate Bond ETF (HYG) currently is only in the middle of its range that has been in place since early April. In the past couple of weeks, HYG broke above the downtrend line off its pre-COVID highs, but. In the past few sessions, it has successfully retested that downtrend line before surging higher this week. 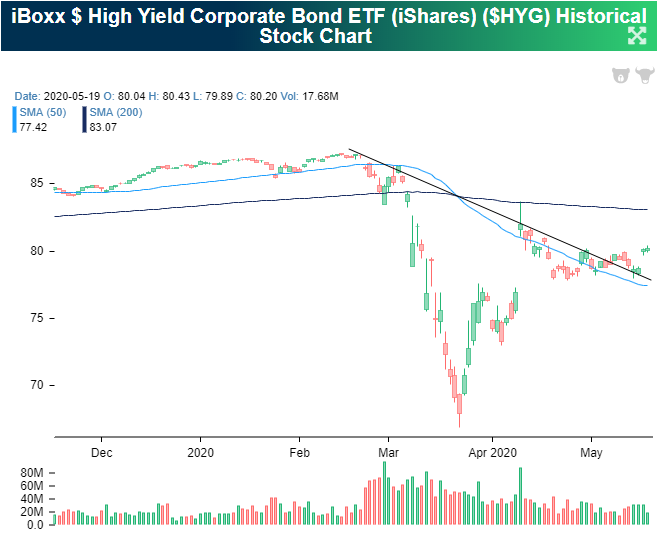 As for investment-grade corporate bonds (LQD), after reaching a new high on March 6th, the ETF plummeted over 21% through March 19th but quickly recovered much of those losses and was within two percentage points of that prior high as soon as April 9th. It never quite reached those levels, though, and had been in a downtrend since then.  After successfully testing support at its 200-DMA last Monday, a day before the Fed’s corporate bond ETF buying program began, LQD has consistently been on the rise and is breaking above that downtrend this week. 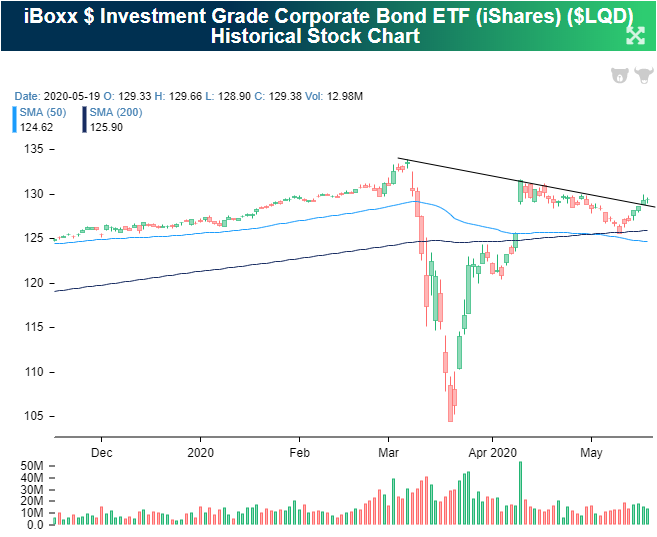 Action by the Fed definitely played a role in alleviating issues in the corporate bond space, but for municipal bonds the aid has been slower to come. The Fed’s announced facility for munis is not projected to be fully up and running until the end of the month. Despite that, the Muni Bond ETF (MUB) is also eyeing a breakout above its mid-April high. 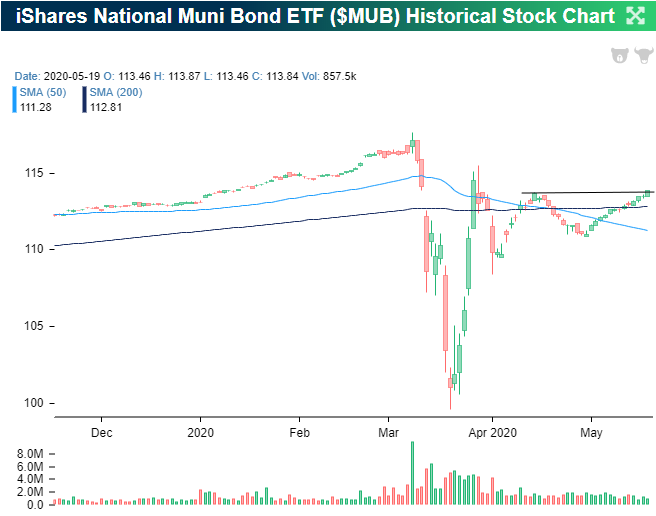 While all of these ETFs are breaking out, their performance since March 23rd when the equity market found a bottom and the Fed announced corporate credit facilities has varied a bit. HYG and LQD managed to rise 16.86% and 12.87%, respectively, as of yesterday’s close.  Meanwhile, without the same central bank aid up until more recently, MUB has underperformed only rising 9.2% as shown below. 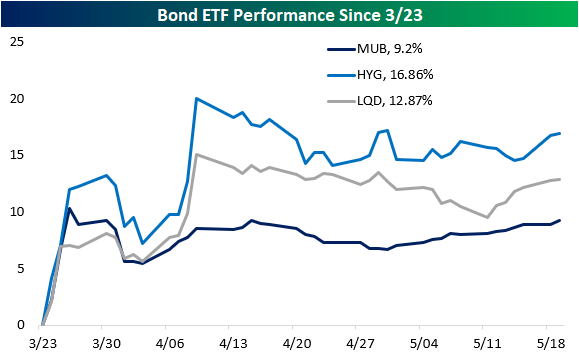 Credit spreads echo the outperformance of corporates.  Again since 3/23, corporate credit has been rallying versus UST, but the opposite holds true when it comes to munis as spreads have been consistently on the rise in that same time frame. Start a two-week free trial to Bespoke Institutional to access our Fixed Income Weekly and much more. 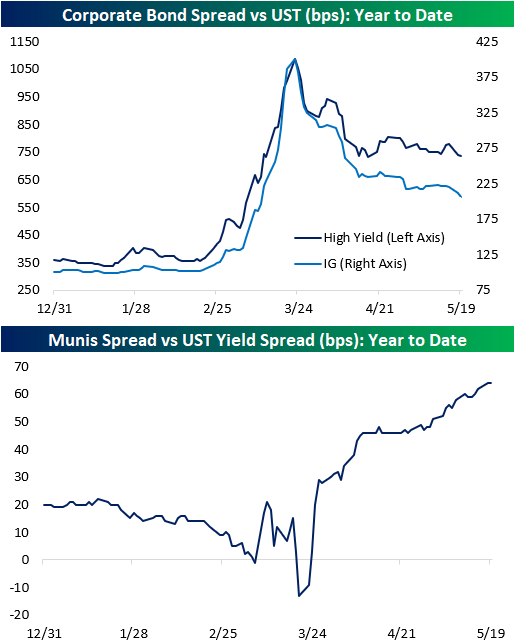