In recent weeks, we have highlighted how there has been rotation away from the best performing stocks in the first leg of the rally off of the 3/23 low while the stocks that had been the laggards have become the new market must-haves.  Boeing (BA) is a prime example of this trend.  Heavily connected to the decimated airline industry, BA only rose 15.04% in the first part of the rally from 3/23 to the recent 5/13 low. While not the worst stock in the index during that time, it lagged the Dow Jones Industrial Average which rose over 25%. But along with others in the industrial sector like the airlines, recent performance has been much more impressive with BA up 69.08% from 5/13 through Friday’s close. Today alone the stock is up another 11% after rallying 11.47% on Friday and 12.95% last Wednesday! That leaves it at its highest level since early March. 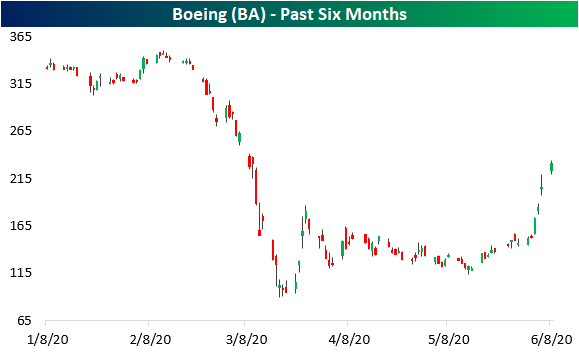 With such large gains in a little less than a month for a stock with one of the higher stock prices in the index, BA has added roughly 575 points to the price weighted Dow. That has by far been the largest contributor to the Dow since 5/13 accounting for roughly 14.9% of the overall move and nearly double the next biggest contributor, Goldman Sachs (GS), which added 316.32 points to the Dow, or roughly 8.19% of the overall move since 5/13. Other major contributors from the Financials sector like Travelers (TRV), American Express (AXP), and JPMorgan Chase (JPM) are some more examples of the recent rotation into stocks that lagged in the immediate wake of the bear market.  Click here to view Bespoke’s premium membership options for our best research available. 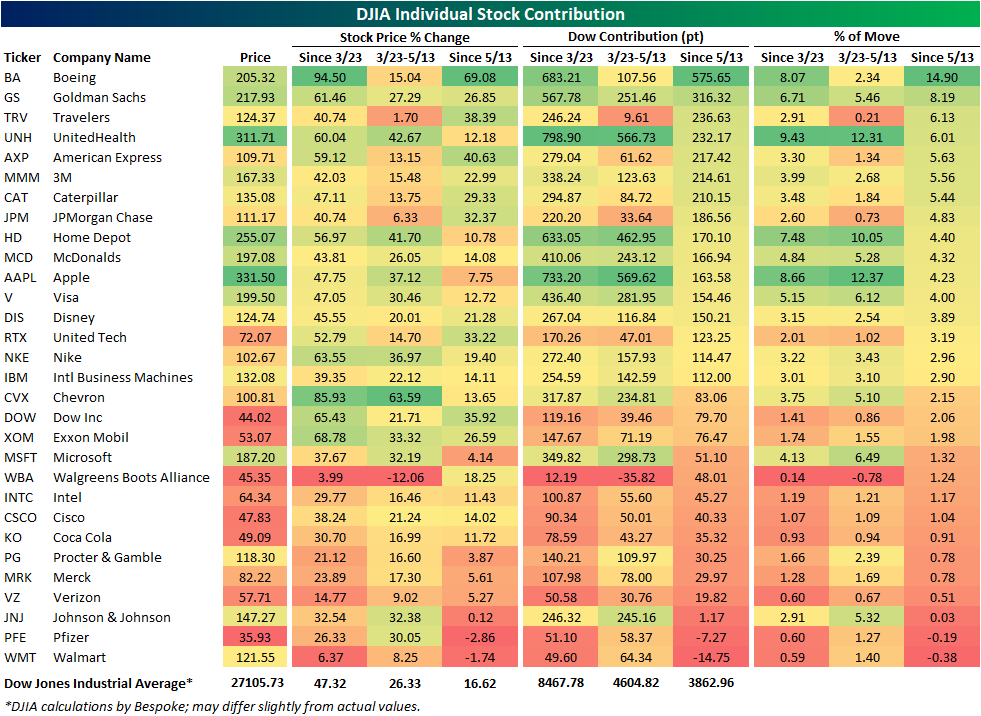