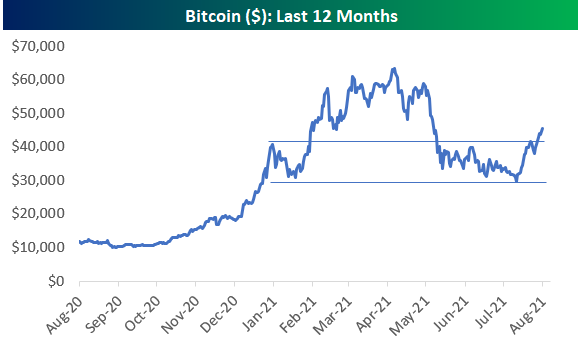 The chart below shows the rolling 3-month correlation between the daily price of Bitcoin and the S&P 500.  Just a few weeks ago, this correlation reading got as low as -0.67, although it has been bouncing higher over the last couple of weeks.  Click here to view Bespoke’s premium membership options. 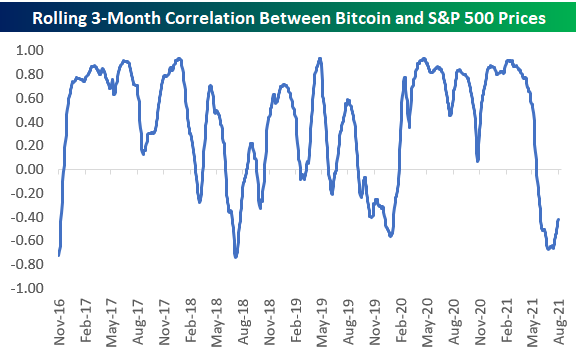