Bitcoin Oversold for a Month Straight

Bitcoin has rallied over 10% since the low a little over a week ago, but that still leaves the world’s largest cryptocurrency down over 40% below its all-time high set back in November.  In fact, the past few months have seen Bitcoin trade in a steep well-defined downtrend which the rally over the past several days rally has now run up against. 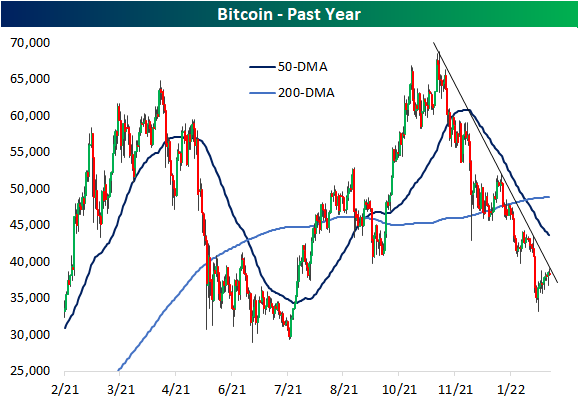 While that downtrend line has the potential to act as resistance, the steep drop has resulted in Bitcoin consistently trading at oversold levels (measured in standard deviations from its 50-DMA).  In fact, today marks the 30th consecutive day in which Bitcoin has traded at least one standard deviation below its 50-DMA. 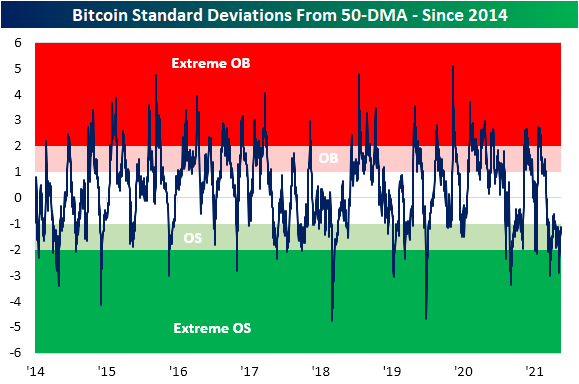 As for the consistency of oversold readings, there have only been ten streaks including the most recent one in which Bitcoin has been oversold for at least 20 straight days. The current stretch is now the longest since December 2018. Other than that streak, only those ending in January 2015 and July 2018 also extended for at least 30 days. 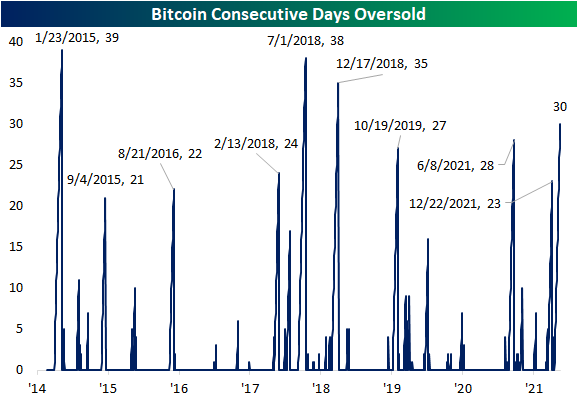 While the current streak is not over, in the table below we show the performance of Bitcoin after the end of those past streaks of oversold readings that went on for at least 20 days.  As shown, the end of those streaks have typically seen a bounce in the week after with positive returns two-thirds of the time and gains that are in line with the historical average.  One month later has typically seen the crypto fall further, though, with positive performance only a third of the time.  Three and six-month performance have been more consistent to the upside with positive returns nearly two-thirds of the time but average and median gains that are smaller than what Bitcoin has averaged across all other three and six-month periods since 2014.   One year later has been a similar story with below average forward returns but a very high consistency of positive returns. Click here to view Bespoke’s premium membership options. 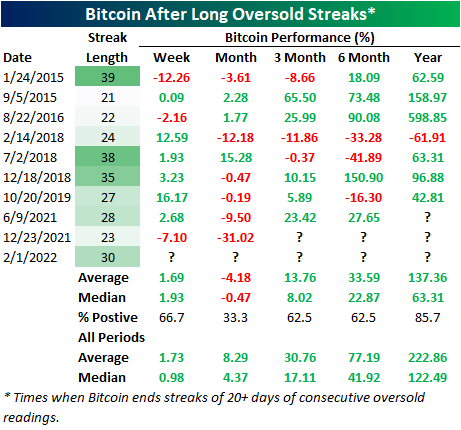