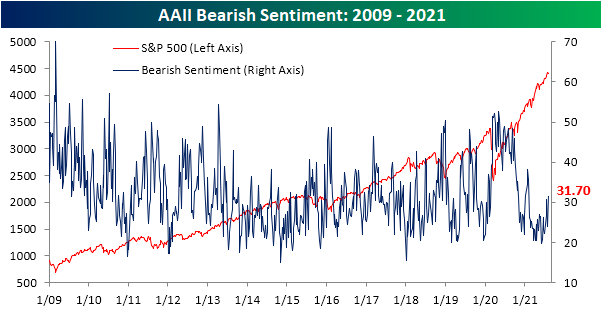 In spite of the large uptick in respondents reporting as bearish, sentiment continues to favor the bulls. The bull-bear spread remains positive at 4.4. 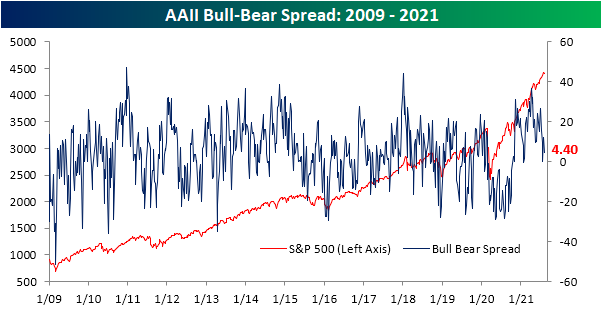 Given bullish sentiment went little changed, the rise in bearish sentiment borrowed almost entirely from those reporting as neutral. Neutral sentiment fell 7.5 percentage points to 32.2%. That is the lowest reading since the first week of July, and it was the largest week-over-week decline since April 8th. This week now marks the first time in three weeks that neutral was not the predominant sentiment reading. Click here to view Bespoke’s premium membership options. 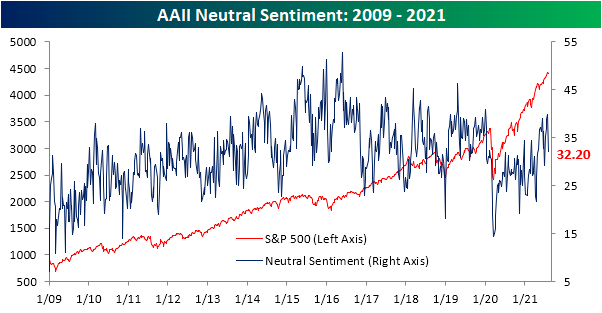