With earnings season now in the rearview, the earnings front has been fairly quiet with retailers along with a handful of other big companies like salesforce.com (CRM) taking up the bulk of the calendar. While the new addition to the Dow reported a strong quarter last night with EPS exceeding estimates by $0.77 and sales coming in at $5.151 billion versus estimates of $4.9 billion, another former Dow component, Hewlett Packard Enterprise (HPE), reported a triple play. A triple play is considered the gold standard on earnings and is when a company beats estimates on the top and bottom line as well as raises guidance. For HPE, this was the first triple play since Q4 2018 (as shown in the snapshot of our Earnings Explorer below) as EPS was 9 cents above estimates and sales were $6.8 billion compared to estimates of $6.06 billion. The stock is up over 6.5% in response today. That is the best response to earnings since that last triple play. 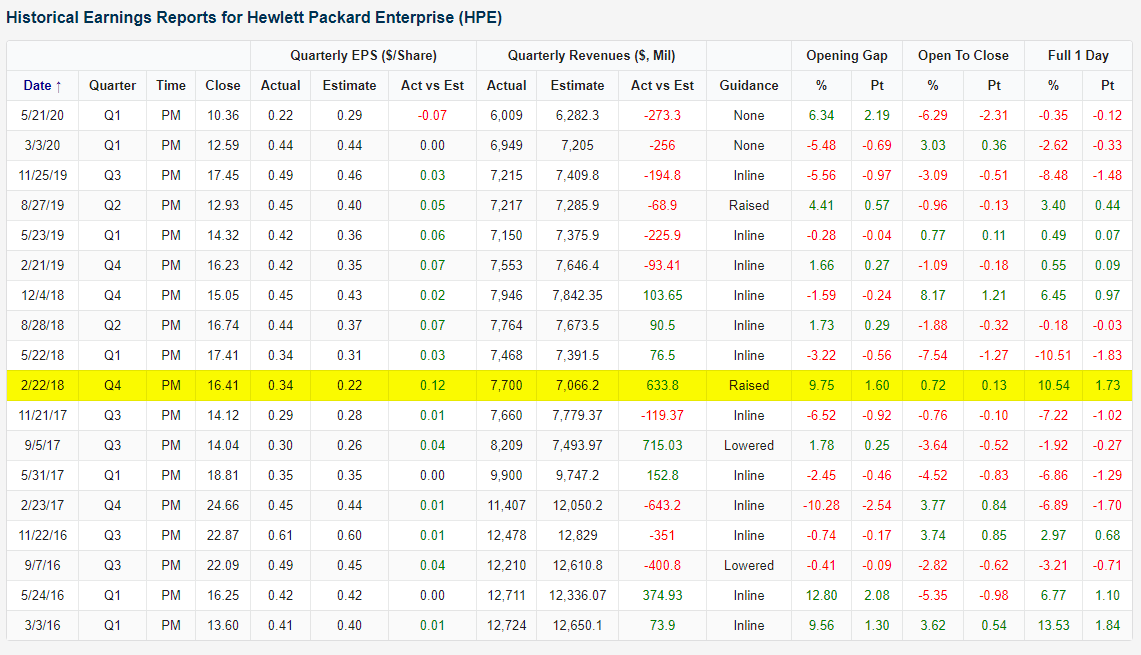 As for CRM, the stock is rallying by much more with a gain of over 25% today in response to these strong earnings.  As shown below, those gains put the stock on pace for its best response to earnings on record, exceeding the prior record of a 19% rally back in Q2 of 2006. Of the 20 other top reactions to earnings, only two were triple plays. 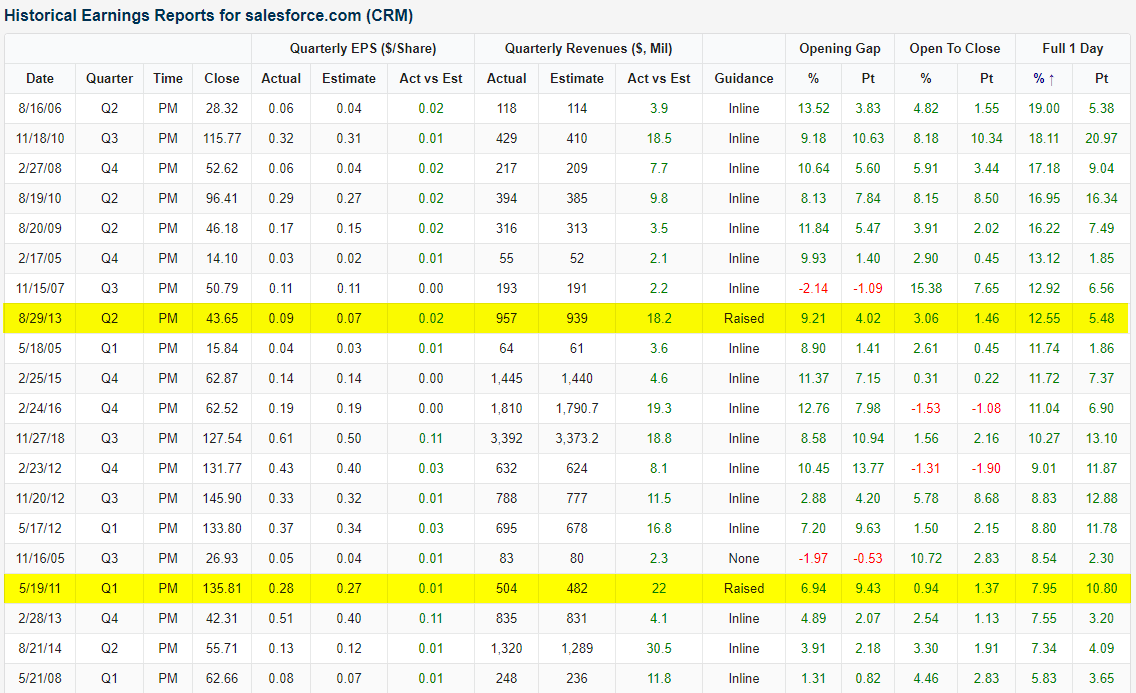 A frequent flier in the triple play club, Anaplan (PLAN), also reported in the past 24 hours and the results are basically a combination of HPE and CRM’s earnings. Like HPE, PLAN reported a triple play with a loss of 4 cents per share versus estimates for a loss of 12 cents.  Revenues were up 26% YoY to $106.5 million; roughly $3 million better than expected. But unlike HPE, and more similar to CRM, the stock is getting a massive upwards boost from these results with the stock higher by over 25%.  Just like CRM, that is on pace for the best earnings day reaction to date.

As for where those moves leave these stocks from a technical perspective, HPE is breaking out of the past year’s downtrend thanks to this boost on earnings and is now at the upper end of the range that it has traded in for most of 2020.  Meanwhile, CRM is much more elevated as it has been in a long term uptrend, and today’s gains bring it well into new all-time high territory. PLAN’s big gains, on the other hand, have not even resulted in a 52-week high but is now sandwiched between the post IPO highs from the summer of last year and February of this year. Click here to view Bespoke’s premium membership options for our best research available. 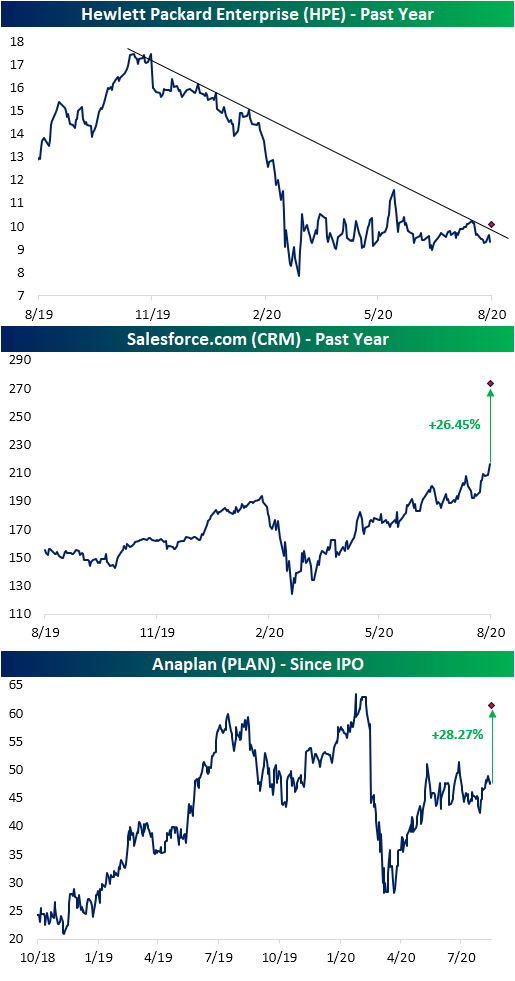