Even though earnings season unofficially came to a close on Tuesday with Wal-Mart’s (WMT) report and despite a shortened week due to President’s Day on Monday, this week saw the highest number of Earnings Triple Plays of any week so far in 2020.  A stock reports a Triple Play when it beats EPS and revenue estimates and also raises guidance. Today alone there were five: Bandwidth (BAND), Diamondrock Hospitality (DRH), eHealth (EHTH), Gaming and Leisure Properties (GLPI), and Globant (GLOB). 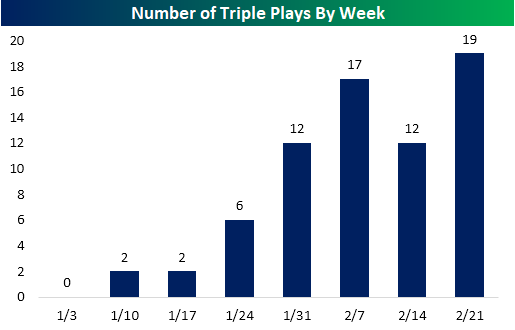 Given the strong fundamental results, triple plays typically experience strong stock price reactions to earnings.  On average, Triple Plays this year have gapped up 5.57% but have sold off from open to close, falling just over 1% for a full day gain of 4.43%.  That compares to a full day loss of 6 bps for all stocks that have reported earnings this year. Of today’s Triple Plays, performance has been worse though only having risen 3.1% on average.  But that was not the case for the entire session.  The gaps up at the open were actually much stronger than normal with an average gap up of 9.9%, but broader market weakness has led these names to sell off intraday. The worst of these was Bandwidth (BAND) which is down over 11% from the open. EHTH and DRH were also notable decliners having fallen 9.13% and 5.18% since the open, respectively. Start a two-week free trial to Bespoke Institutional to access our Earnings Explorer, Triple Plays, and more. 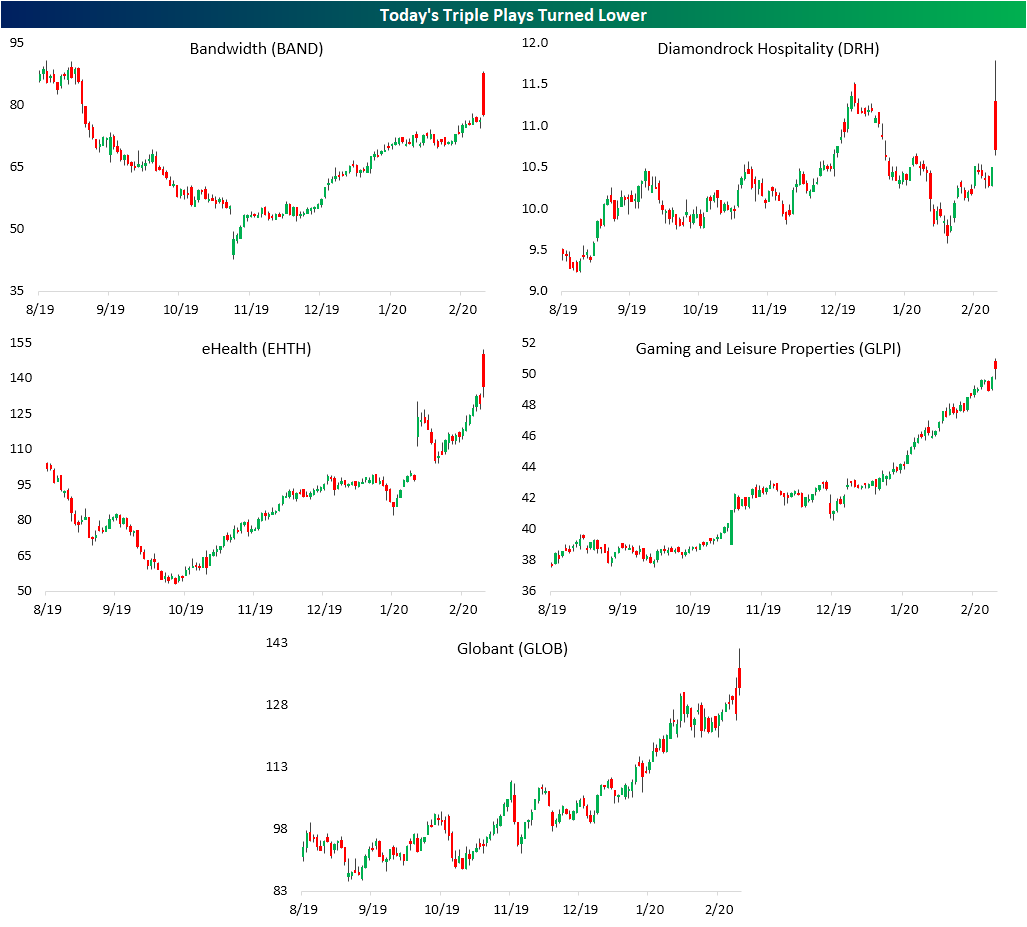