Initial jobless claims continue to disappoint. Although this week’s release technically fell down to 256K, it was from a 10K upwardly revised number of 261K last week.  Both this week and last’s readings are the highest since the fall and would also mark the highest readings since the fall of 2017 outside of the historically elevated readings of the pandemic. 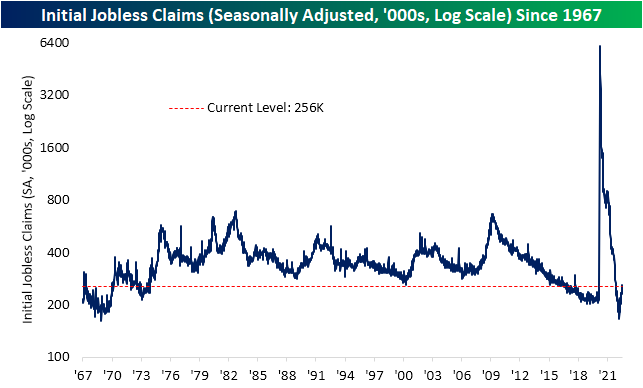 The pandemic was a volatile time period for jobless claims data as readings rose into the millions.  As such, revisions over the past couple of years have gotten historically large in turn, albeit less so over the past year.  Although it may not sound like much, last week’s 10K revision was actually sizable.  It was the largest revision since the week of July 4th last year, and prior to the pandemic, the week before Christmas in 2012 was the last time there was a double-digit revision. 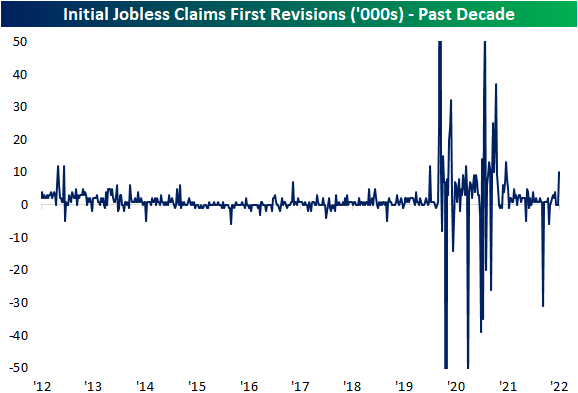 In his post meeting presser, Fed Chair Powell mentioned how the rise in initial jobless claims may be seasonal in nature. While we will provide some more in depth analysis to these comments in regards to the data in tonight’s Closer, as we have noted in the past, jobless claims have been roughly following standard historical seasonal patterns this year.  July typically sees a temporary seasonal spike higher, but as we noted last week, that seasonal peak appears to have been put in place a bit later than usual which is rare but not exactly an unprecedented occurrence.  While claims will likely get some seasonal tailwinds in the coming weeks (including this week of the year as claims have fallen around 90% of the time historically), the actual level of claims for the current week of the year is now well above comparable weeks for the few years prior to the pandemic. In other words, before or after seasonal adjustment, claims have come off their strongest levels and revisions have not exactly made things any better. 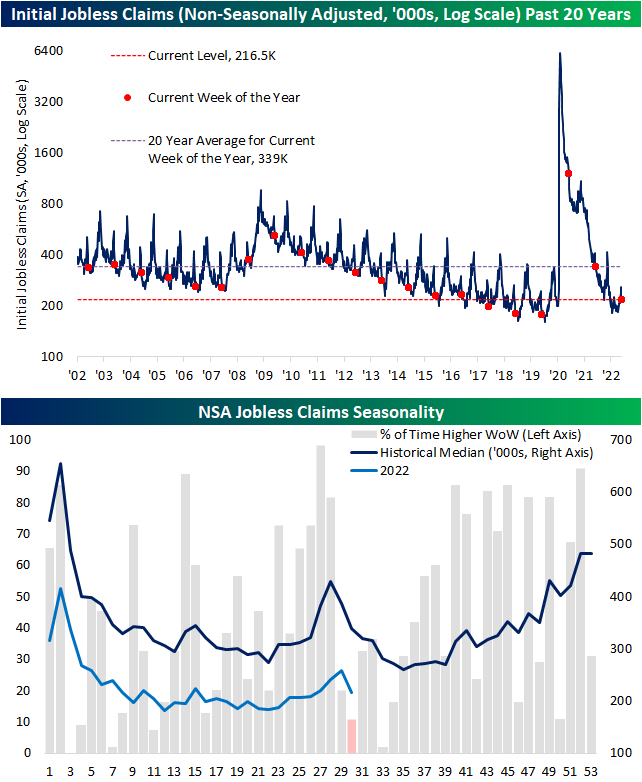 As for continuing claims, the latest week saw a 25K decline to 1.359 million.  While that does mark some deterioration from the strongest levels, unlike initial claims, continuing claims are still well below levels from prior to the pandemic indicating a still very healthy labor market the likes of which has not been seen in decades as the insured unemployment rate (continuing claims as a percentage of the number of those covered by state insurance programs) continues to hover near 1%. Click here to learn more about Bespoke’s premium stock market research service. 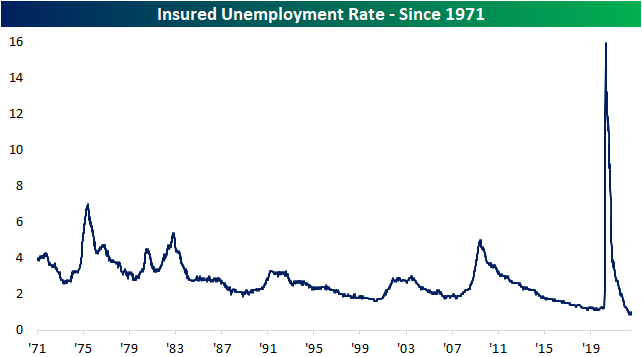