It’s still difficult to fathom the moves in the US equity market over the last four months.  The fact that the Nasdaq and more specifically the Technology sector aren’t far from record highs is definitely something no one was expecting two months ago. There’s an old market saying that equities take the stairs up and the elevator down, but in the latest market cycle, the elevator up was almost as fast as the way down! 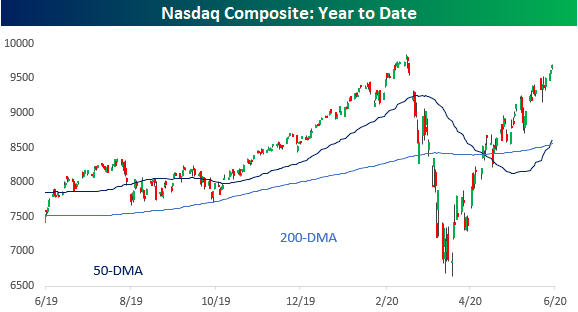 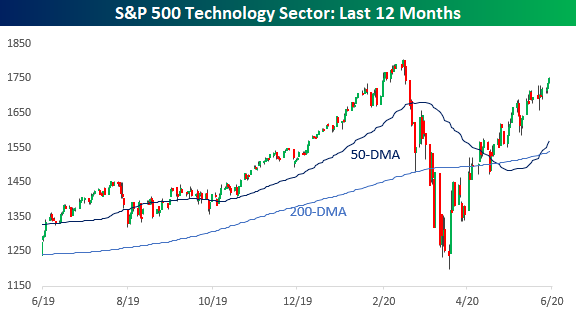 If you’ve been following the markets, all you’ve likely heard up until recently is that large-cap tech, and more specifically, Microsoft (MSFT), Apple (AAPL), Amazon (AMZN), Alphabet (GOOGL), and Facebook (FB), are single-handedly driving the market higher.  The reality is not nearly as clear-cut.  Given their market caps, the “Big 5” (as they’re often referred to) have done a lot of heavy lifting, but in terms of performance, they’re hardly the only game in town.

The table below lists Technology sector stocks in the Russell 3000 with market caps of more than $1 billion that are outperforming all of the ‘big 5’ tech stocks on a YTD basis.  Actually, since Amazon is doing so well relative to the rest of the “big 5” these are all stocks that are outperforming Amazon.  If we looked for stocks that were doing better than the average return of the “big 5” the list would be a lot, lot longer (+16.4%).

Looking through the list of names below, the two top-performing names are Zscaler (ZS) and Twilio (TWLO), which have both more than doubled.  Behind these two, DocuSign (DOCU) and Sprout Social (SPT) are both knocking on the door of triple-digits. All 28 of the names listed have market caps of $1 billion, but the average market cap is just over $21 billion, while Nvidia (NVDA) is the largest company on the list with a market cap of $216 billion.  For the most part, these aren’t names that have been driving the indices, but anyone holding these stocks in their portfolio probably doesn’t care!  Start a two-week free trial to Bespoke Institutional to access all of our research and interactive tools. 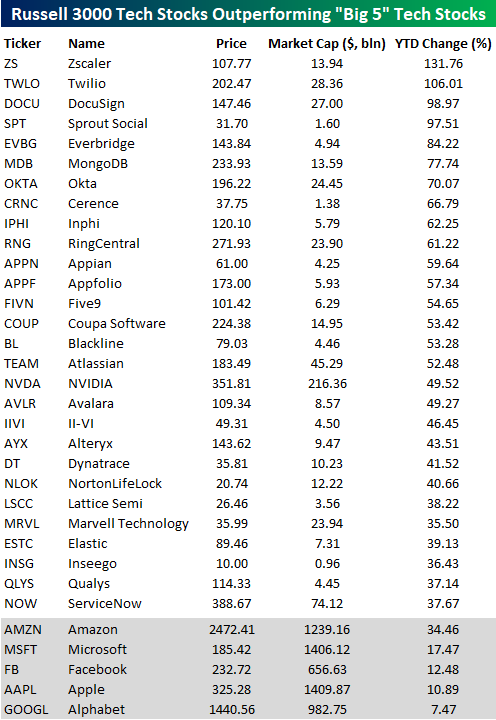