Big Expectations Out of New York

This morning the New York Fed released its monthly reading on the region’s manufacturing sector.  The headline index was expected to move up to 15 from February’s reading of 12.1. Instead, the increase was even larger as the index rose 5.3 points to 17.4.  In addition to that being the ninth consecutive month that the region’s manufacturing sector expanded, it also surpassed the summer high of 17.2 making for the strongest reading since November 2018. 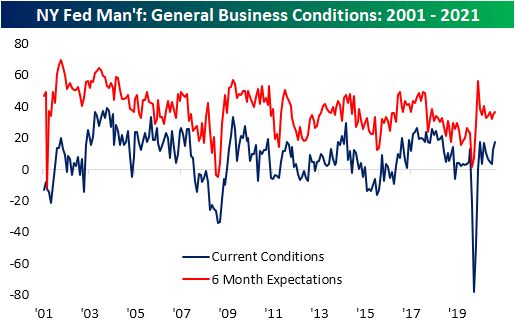 In addition to the headline number moving higher, every other indicator also continues to show expansionary readings painting a broadly positive picture for the region’s manufacturers.  The only indices to show any deceleration in March were those for New Orders and Number of Employees.  Six-month expectations also remain positive, although there were more of these that were lower on a month-over-month basis. 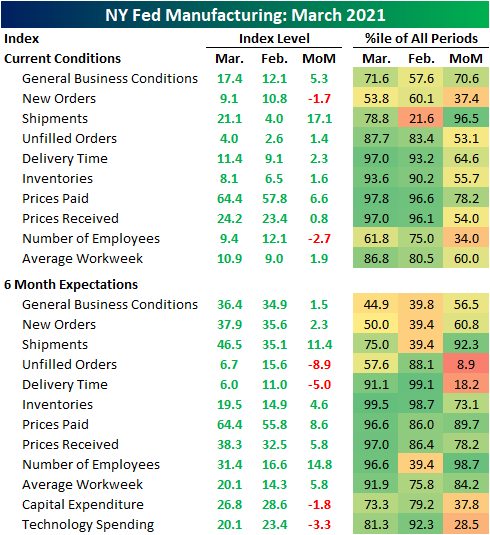 As previously mentioned, New Orders was one of just two areas in the report to experience a deceleration in March.  Falling to 9.1, this month’s reading sits in the middle of its historical range still consistent with a seventh straight month of growth in new orders.  Other related indicators remain much stronger though.

With orders still growing, the index for Unfilled Orders expanded for a second month in a row climbing to the highest level since February of last year.  Shipments picked up even more significantly.  The index rose 17.1 points to 21.1. That is the ninth-largest month-over-month increase since the start of the survey in 2001.  The most recent moves of similar or larger size were 29.1 and 42.3 point increases in May and June, respectively, of last year. As with the headline number, that is now the highest level since November 2018. Although shipments are accelerating, Delivery Times were also higher.  That index now sits in the top 3% of readings 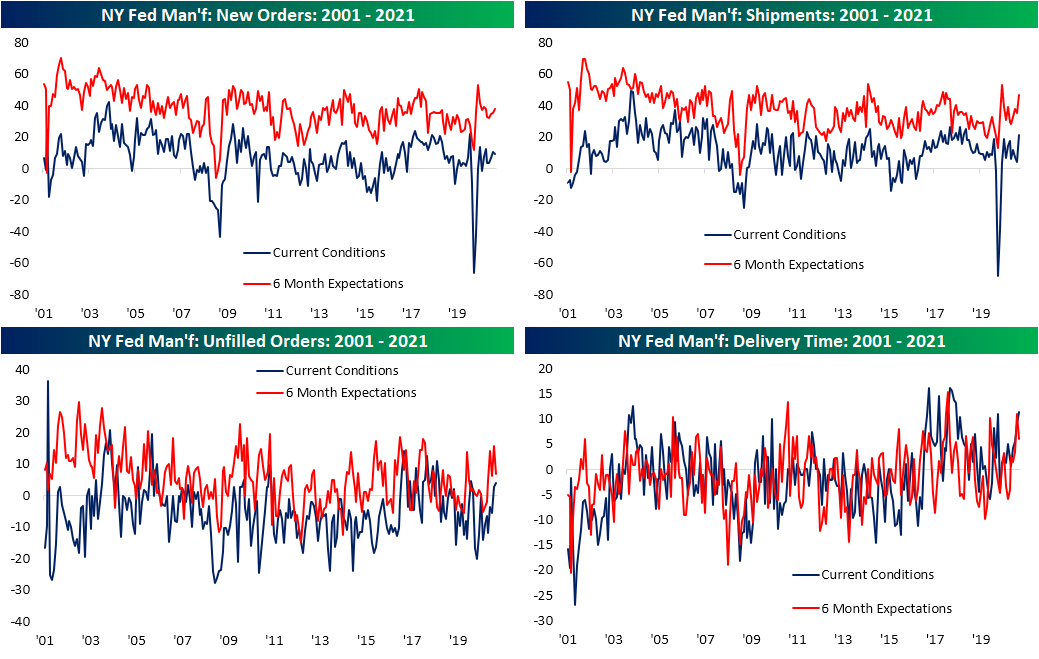 In spite of those long lead times and high demand, inventories are rising with that index gaining 1.6 points to the highest level in just over a year. Like delivery times, that stands in the top decile of readings.  Looking to the future, responding firms broadly expect higher inventory levels six months down the road.  That index climbed 4.6 points to 19.5 which is the second-highest reading on record behind a print of 20.3 in January 2018. 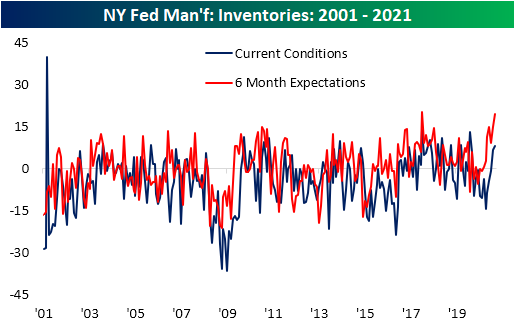 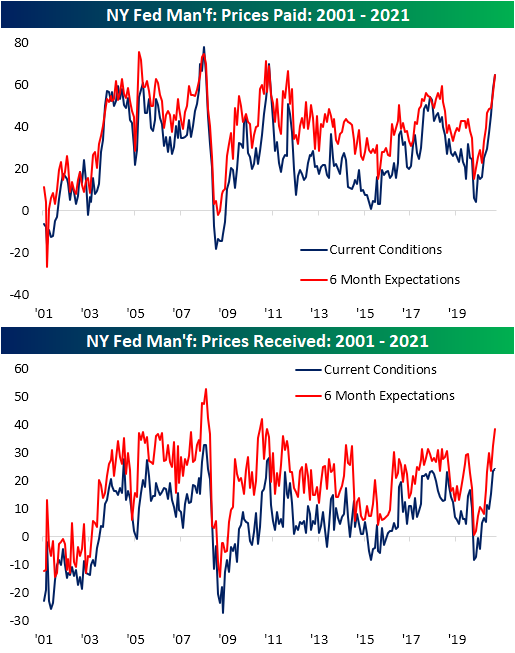 While current and future indices are moving in sync with one another with regards to prices, those for employment moved in opposite directions.  The index for Number of Employees was still consistent with further employment gains in March, but the index fell to the lowest level since November.  While hiring growth decelerated, responding firms are much more optimistic when it comes to employment six months down the road.  That index climbed 14.8 points to 31.4. That was the fourth-largest uptick on record. The only larger one-month moves were in March 2008 (+22.8 to 31.9), October 2001 (+20.5 to 12.3), and September 2004 (+16.1 to 29.2).  The index is now at the highest level since June 2010.

As for Average Workweek, things were a bit more modest with the current conditions index rising to the highest level since October. Again, the index for expectations was even stronger rising to a two-year high. Click here to view Bespoke’s premium membership options for our best research available. 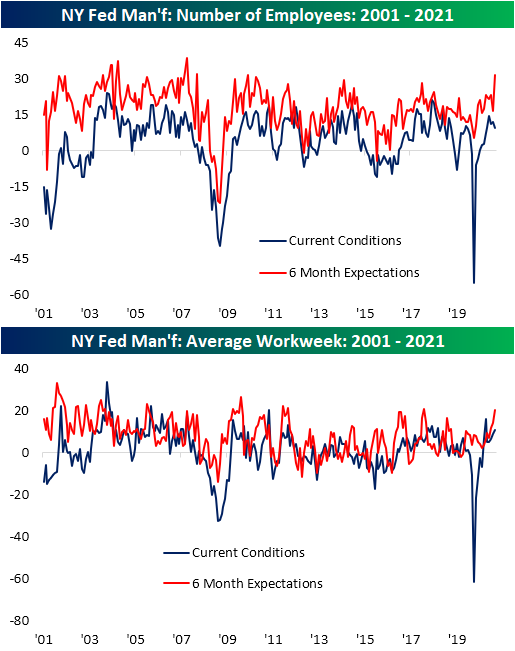