The average stock in the S&P 1500 (which is a combination of large-caps, mid-caps, and small-caps) is up 25% year-to-date.  As shown below, Energy sector stocks are up nearly twice that at 47.1%, while Consumer Discretionary and Materials rank 2nd and 3rd.  The two defensive sectors — Consumer Staples and Utilities — are up the least, but they’re still up more than 13% on average.  While Technology has had a good run over the last three months, its the third worst performing sector year-to-date when looking at average stock performance. 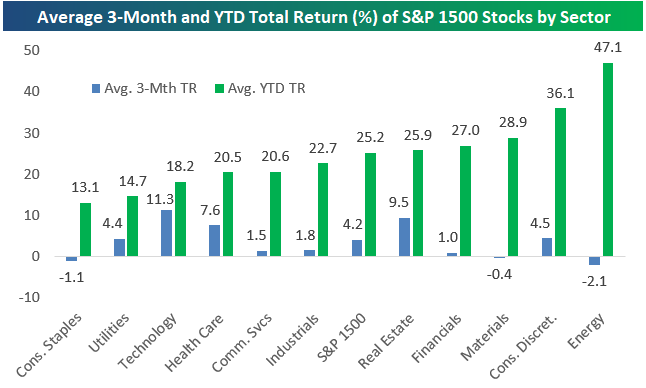 Other notables on the list of this year’s biggest winners so far include 3D Systems (DDD), Nucor (NUE), Avis Budget (CAR), Crocs (CROX), and Fortinet (FTNT).  Moderna (MRNA) is easily the stock with the biggest market cap at nearly $158 billion. 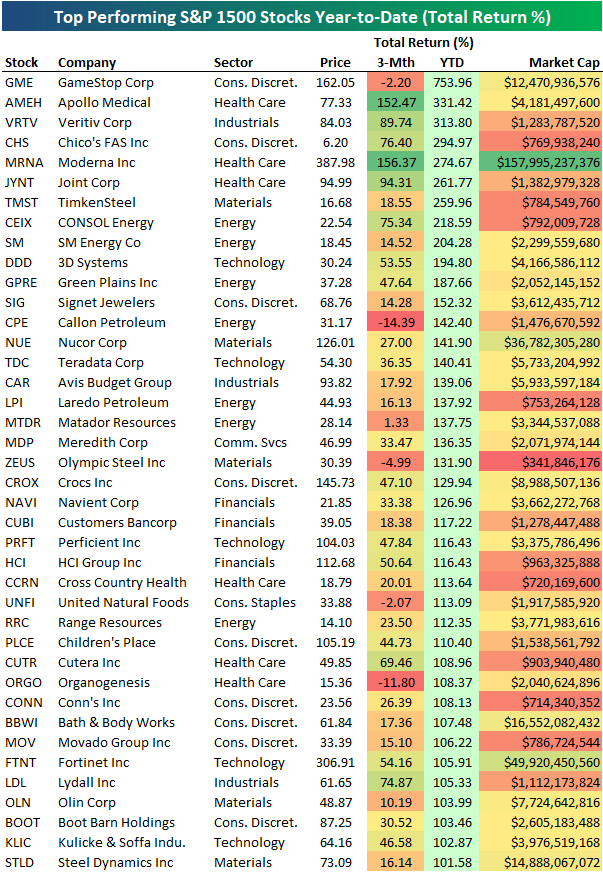 Over the last three months, there are 41 stocks in the S&P 1500 that have gained more than 40%.  Moderna (MRNA) ranks first with a 3-month gain of 156%, while Apollo Medical (AMEH) is hot on its heels at +152.5%.  Stamps.com (STMP) ranks third, followed by Joint Corp (JYNT) and Veritiv (VRTV).  Other notables on the list of 3-month winners include Livent (LTHM), Fortinet (FTNT), Enphase Energy (ENPH), Dexcom (DXCM), AMD, Albemarle (ALB), NVIDIA (NVDA), Generac (GNRC), and ResMed (RMD).  Click here to view Bespoke’s premium membership options. 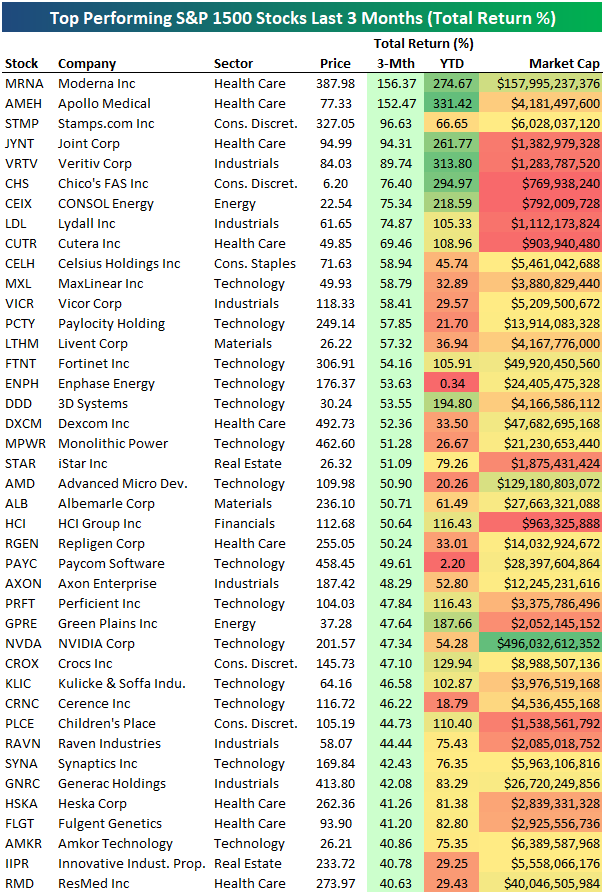