You’ve likely heard it a number of times in the last several days, but the Dow’s gain of 13.95% this month ranks as the best month for the index since January 1976 and the best October since at least 1900, and it’s not even close.  Prior to this October, the DJIA’s best October since 1900 had been a gain of 10.65%. 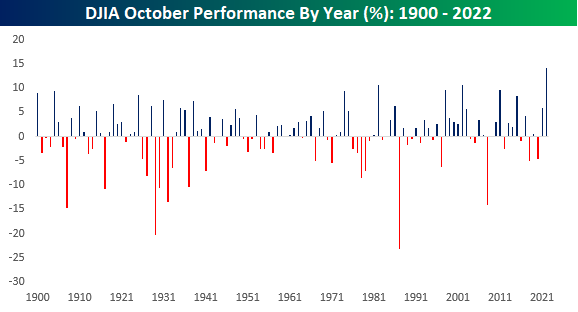 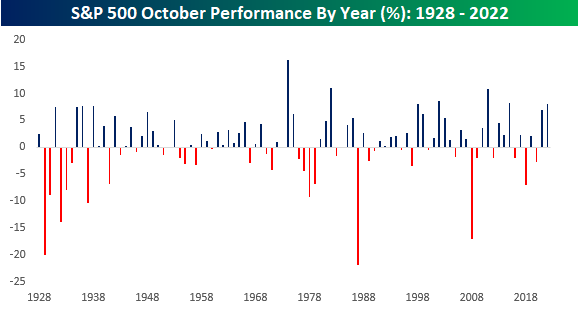 For the Nasdaq, this month’s gain was pedestrian when compared to the Dow or S&P 500.  With its gain of 3.90% in October, the Nasdaq’s rally was barely more than half of the rally seen last October (7.30%).  While the general trend of major equity indices tends to be highly correlated in the long term, as this month’s returns indicate, shorter-term performance can vary widely. Click here to learn more about Bespoke’s premium stock market research service. 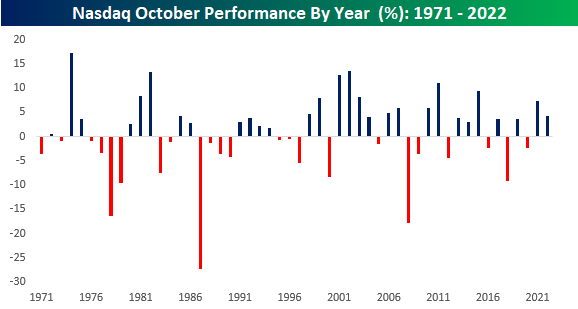