In the table below, we show the 30 best-performing stocks in the S&P 500 so far in 2021. Of the entire index, the two best-performing stocks come from the Communication Services sector and both have gained more than 70%.  Discovery (DISCK) tops the list with a gain of 73.4% while ViacomCBS (VIAC) has surged 72.2%.  Moving down the list, the next two best performers have been a couple of energy names with gains of more than 50%: Occidental Petroleum (OXY) and Marathon Oil (MRO).  While they find themselves at the top of the list, they are far from alone.  Of the 30 best performers, a third (including OXY and MRO) are from the Energy sector.

One interesting thing to note of these names, while they have seen some of the strongest performance so far in 2021 and have nearly all more than doubled since the bear market lows last year, not a single one has yet to move back above levels they traded at when the S&P 500 peaked just before the COVID crash.  Some are close, though, with Marathon Oil (MRO), Devon Energy (DVN), and Marathon Petroleum (MPC) all low-single-digit percentage points away from those levels. Additionally, absent from the list of the best-performing stocks are mega-cap names.  In fact, of the top 30 best performers YTD, only two—Exxon Mobil (XOM) and Applied Materials (AMAT)—rank in the top 100 largest stocks in the S&P 500 in terms of market cap.  Conversely, 12 rank in the bottom 100 stocks in the S&P 500. 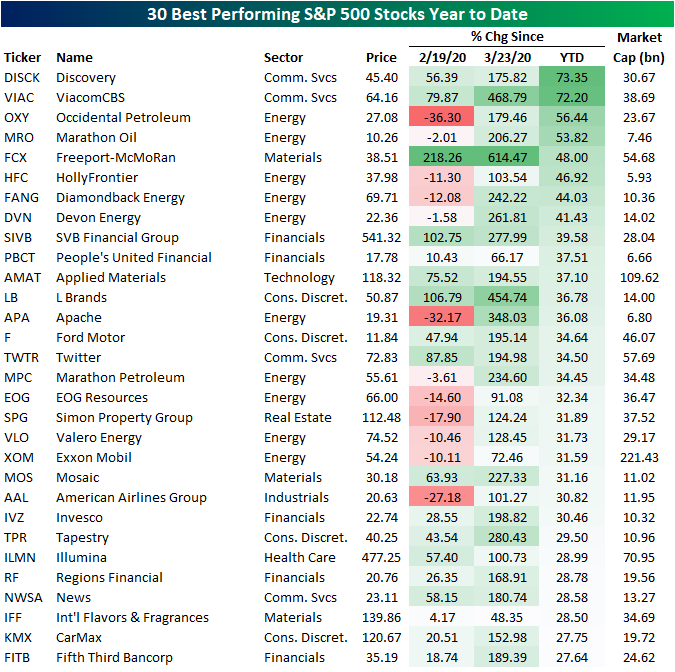 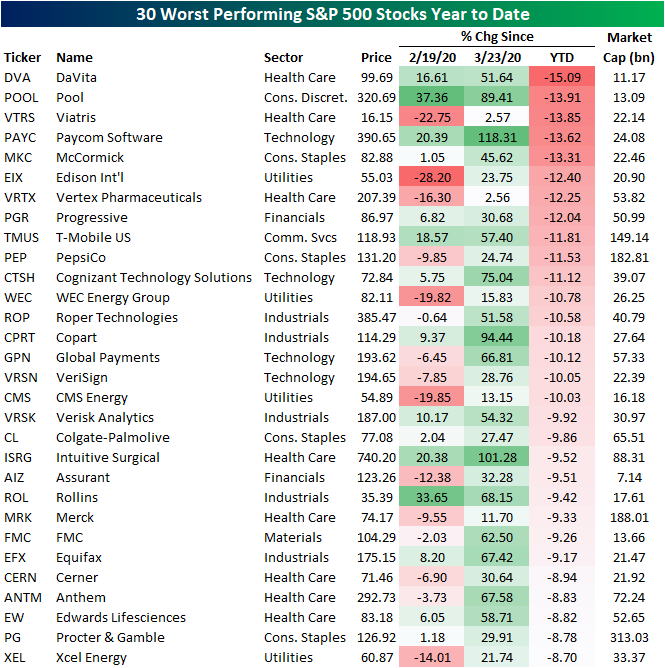