Although the S&P 500 is up around 1% over the past week with the index clearing the technical hurdle of the early June highs around 3,230, sentiment has shifted lower.  Just last week, AAII’s reading on bullish sentiment rose above 30% for the first time in four weeks. That didn’t hold as bullish sentiment fell to 26.06% this week. 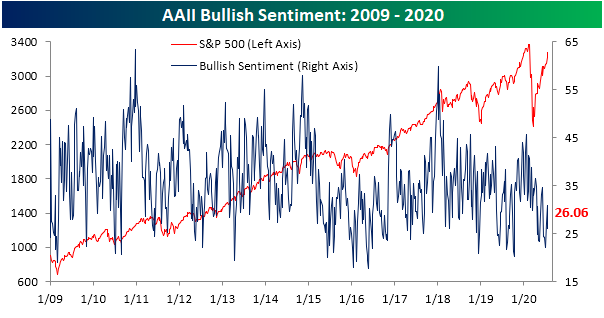 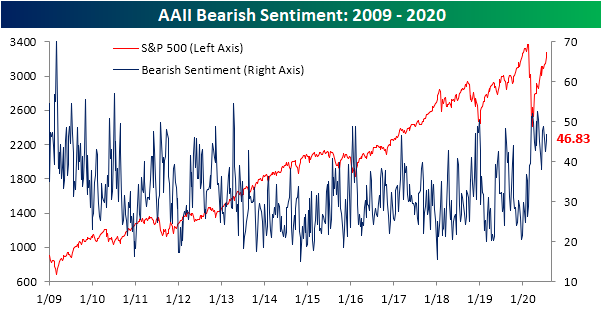 That means neutral sentiment saw the biggest move of the three as it gained 3.32 percentage points. Now at 27.11%, neutral sentiment is making its way back up to its recent highs above 30%, though it is still in the bottom 18% of all readings since the beginning of the survey in 1987. 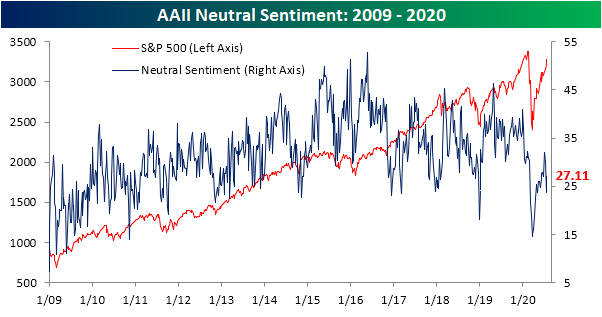 Although there were no major shifts in sentiment readings this week, there was one significant development. Tipping back below -20 this week, every week since the last week of February has seen a negative bull-bear spread(a higher share of survey respondents report as bearish than bullish).  At 22 consecutive weeks long, that ties another streak that came to an end in the final week of 1990 for the longest stretch on record in which bears have outweighed bulls. While it is too small of a sample size to put much weight on it, the S&P 500 was higher by 14% six months out from the end of that last streak.  Click here to view Bespoke’s premium membership options for our best research available. 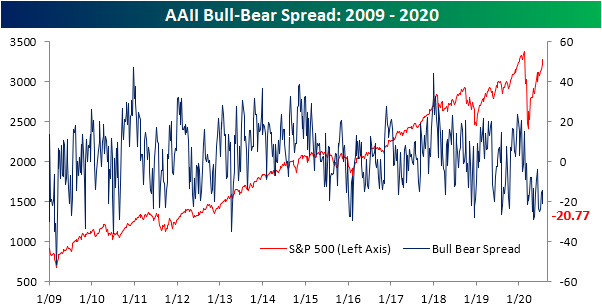 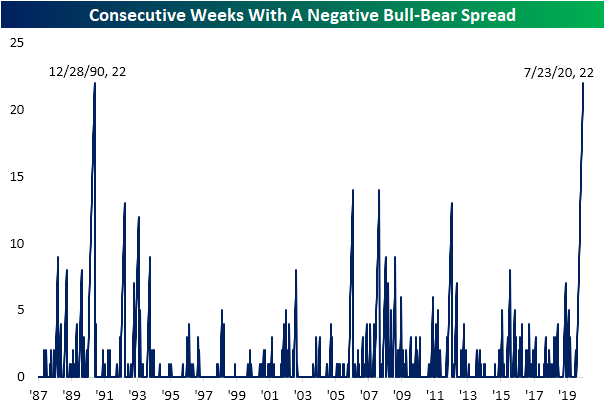