Bears Slow to Back Off

With the S&P 500 up around 4% since last Thursday’s close, bullish sentiment has unsurprisingly picked up with the percentage of investors reporting as bullish in AAII’s survey rising to 29% this week off of the recent low of 23.31% last week. At that level, bullish sentiment still remains low below levels seen as recently as the last week of April when it was at 30.6%. 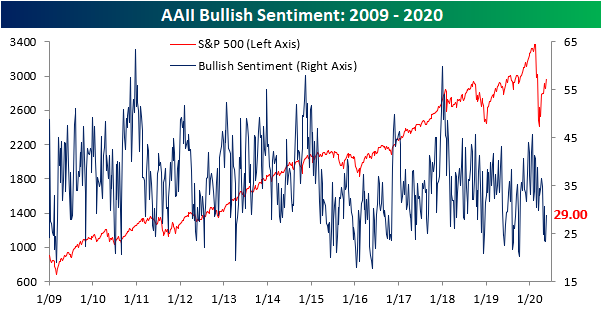 The bulk of investors remain bearish. A little over 45% reported as such this week which was an improvement from readings of over 50% over the past two weeks. Similar to bullish sentiment, that leaves bearish sentiment at its lowest level since the last week of April. 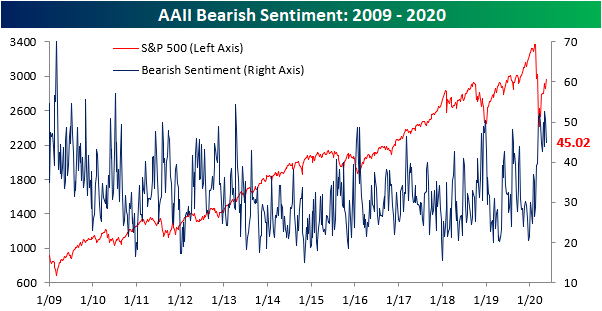 While improved, bearish sentiment remains elevated relative to its historical readings as it has been for some time now. In fact, it has been above its historical average of 30.5% for 13 consecutive weeks now. That is tied with another 13-week long streak that lasted from the end of 2018 through the first weeks of 2019 for the longest stretch of above-average bearish readings since a 15-week long run that ended in August of 2012.  Granted, that is not nearly as long of a time of high bearish readings as was seen in the years of the Financial Crisis.  Back then bearish sentiment came in above average for 83 straight weeks.  But as shown in the second chart below, bearish sentiment has not only been just above average. It has been so by at least one standard deviation for 11 straight weeks.  That is now the fourth-longest steak on record and the longest since 2008’s 14-week run. 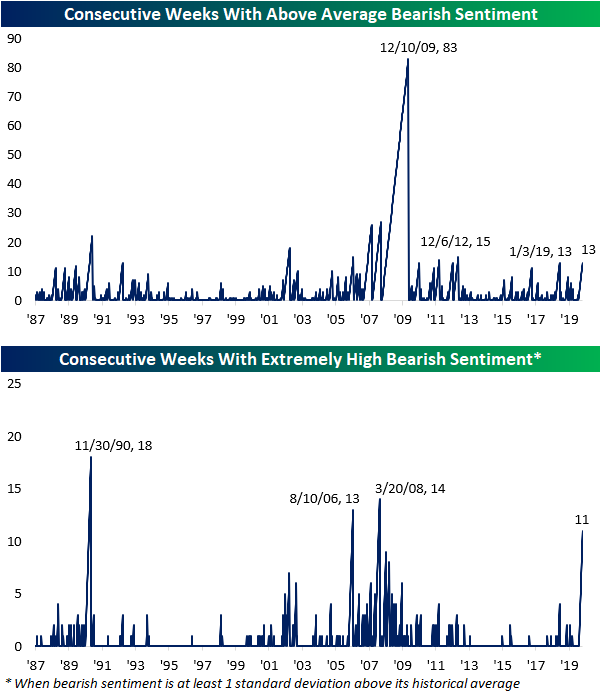 Neutral sentiment has been pretty stable with around a quarter of respondents reporting as such over the past several weeks.  After recovering from its multiyear low of 14.5% in March, neutral sentiment has remained within two percentage points of 25% for each of the past five weeks.  Start a two-week free trial to Bespoke Institutional to access our interactive economic indicators monitor and much more. 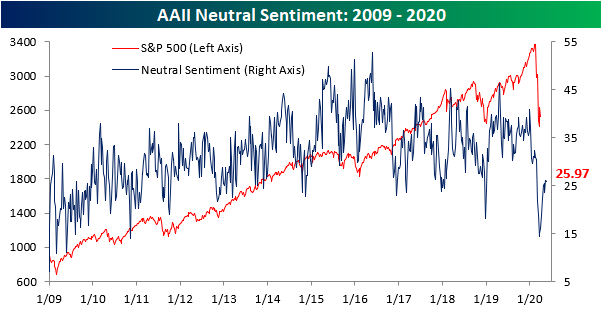