The past week’s rebound in equity prices has bolstered sentiment a bit as the latest AAII survey showed an increase in bullishness.  For the second week in a row, bullish sentiment rose week over week to come in at 23.9%.  That is, of course, still below the reading of 26.1% only three weeks ago and even further depressed relative to the historical average. 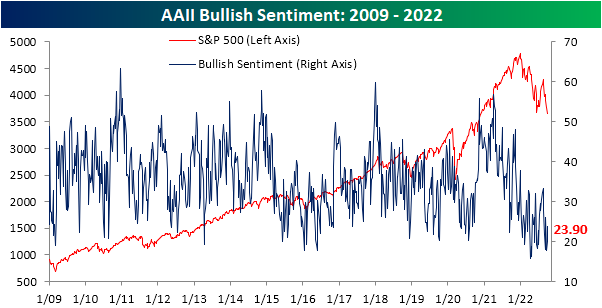 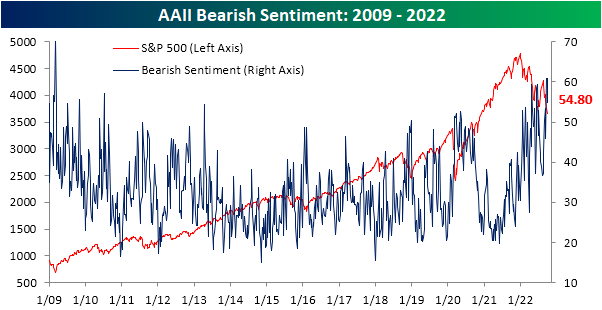 Although the streak of readings above 60% is over, more than half of the respondents remain bearish.  As shown below, that has grown to be the longest streak of such readings since the depths of the COVID Crash.  Prior to that, there have only been six other such streaks: four occurring between 2008 and 2009 and the others occurring in August and October of 1990. 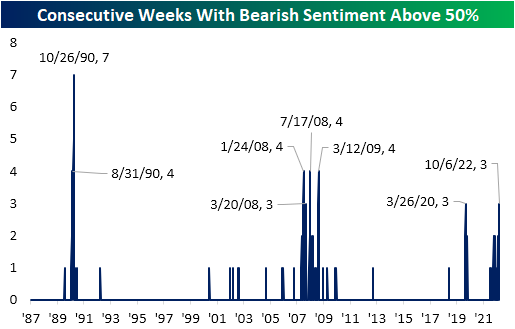 With both bullish and bearish sentiment improving, the bull-bear spread has risen up to -30.9 after hitting the lowest level since 2009 only two weeks ago. 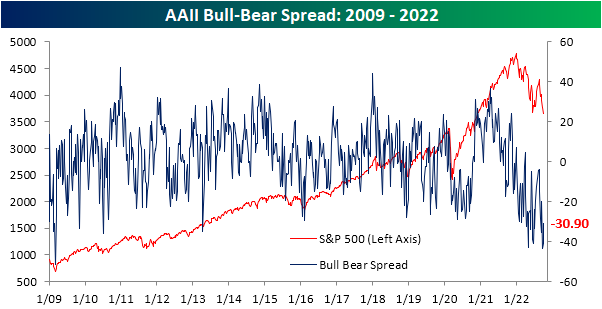 Again, in spite of any improvement, sentiment remains heavily in favor of bears as it has for more than half a year. As shown below, the bull-bear spread has remained negative for 27 weeks in a row.  That is the second-longest streak of negative readings on record but would need to continue for another two months to surpass the 2020 record. 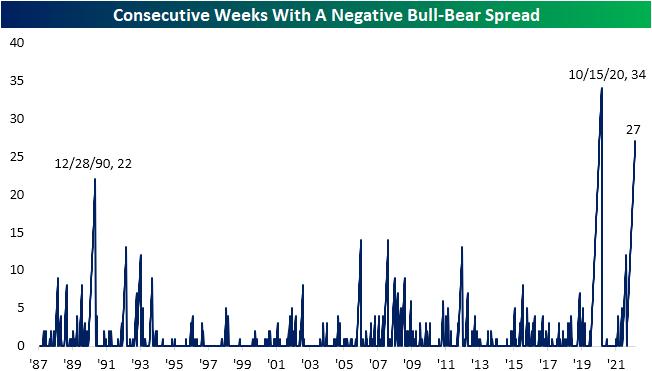 Not all of the losses to bearish sentiment went to bulls.  Neutral sentiment also rebounded slightly rising from sub-20% (the lowest level since April 2020) to 21.3%.    Click here to learn more about Bespoke’s premium stock market research service. 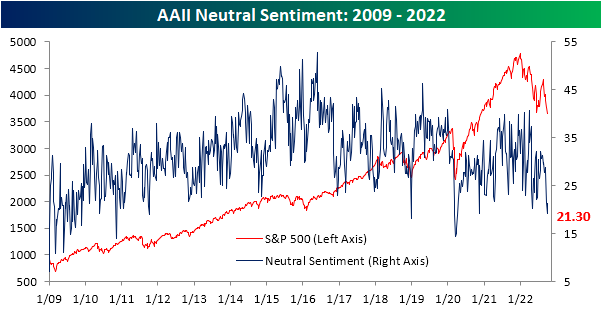