Although the S&P 500 has had some positive technical developments like taking out the 200-DMA on the backs of a lack of hawkish Fedspeak, sentiment has been headed lower over the past couple of weeks. Per the latest survey data from AAII, only 24.5% of investors reported as bullish this week; down from 28.9% last week and a recent high of 33.5% the week before that. That nine percentage point decline in the past couple of weeks is not a particularly large drop and only brings the reading into the middle of this year’s range, however, it marks a distinct turnaround from what had been one of the most optimistic readings of the year only two weeks ago. 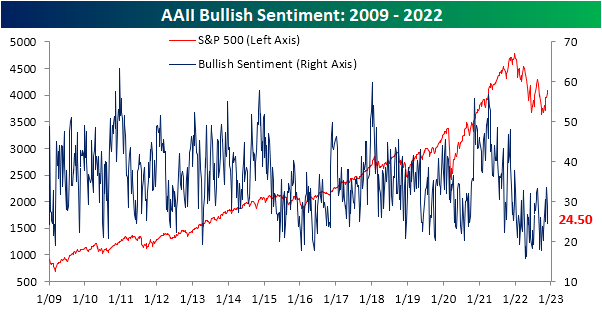 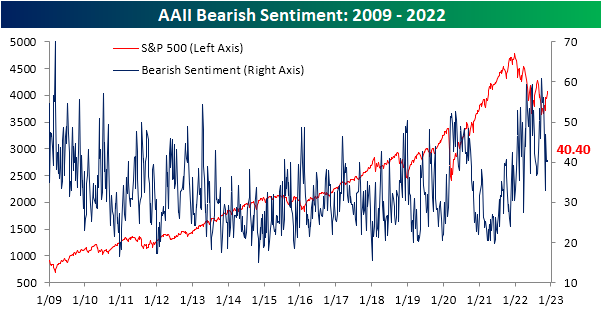 In the history of the survey, that is the tightest three-week range on record and there have only been another dozen times in which bearish sentiment readings were even within a 1% range over a three-week span.  The most recent of those was last May, and there was another right around the time of the COVID Crash lows.  We would note that with bears little changed around 40%, the current instance marks the second highest bearish sentiment reading of these instances behind that March 2020 occurrence.

In terms of what it means for the S&P 500 when bearish sentiment moves so little as it has recently, near-term performance does not tend to be particularly favorable. One week out has averaged a 0.6% decline and one and three-month returns have been positive only half the time. As for longer-term performance though, the S&P 500 has tended to trade higher six months to one year out very consistently with gains over 90% of the time. Those gains are also slightly larger than the norm for all periods. 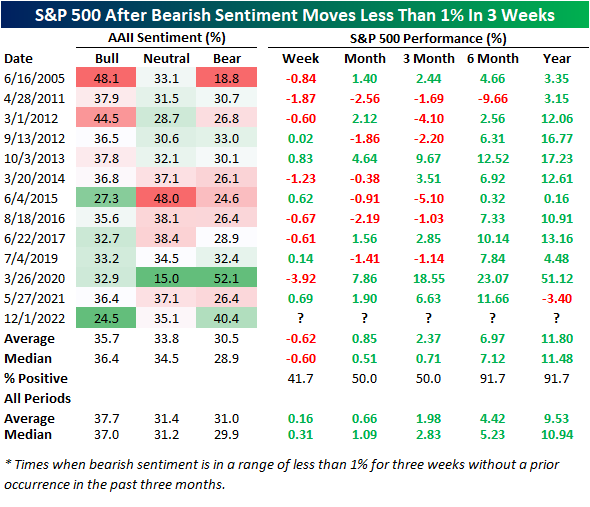 With sentiment taking negative tones, the bull-bear spread has reversed lower after some of the highest readings of the year last month.  Given the spread remains negative, the streak of below-zero readings has grown to a record 35 weeks in a row, surpassing the 2020 streak. 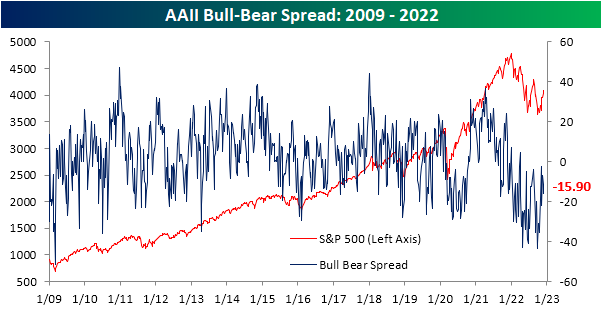 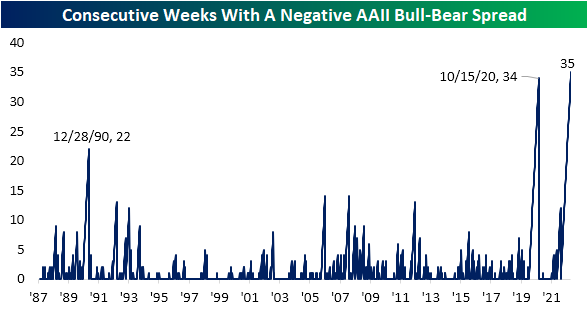 Given bears have not picked up the losses to bulls, nearly all of the difference has gone to neutral sentiment.  Neutral sentiment has risen to 35.1% which is 1.4 percentage points below the high from the first week of November. Click here to learn more about Bespoke’s premium stock market research service. 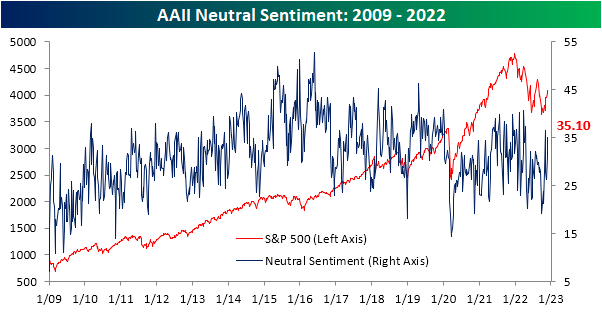