Given the collection period, the latest sentiment data from the weekly American Association of Individual Investors survey would not have fully captured the FOMC meeting yesterday or the market’s reaction to the event. As a result, with the S&P 500 having erased a large portion of late September and early October losses, sentiment took a massive bullish swing. Bullish sentiment gained 4 percentage points for the third weekly increase in a row. Bullish sentiment topped 30% for the first time since the week of August 18th. 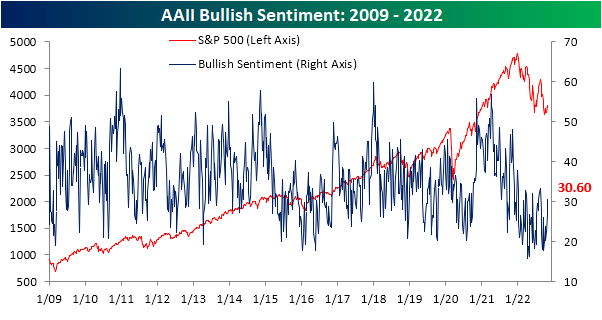 Relative to the moves in bearish sentiment, those gains to bulls are outright modest. In the past two weeks, bearish sentiment has seen back to back double digit declines, bringing it from 56.2% all the way down to 32.9%; the lowest level since the end of March. That was the first time that bearish sentiment has seen back to back declines of at least 10 percentage points since 2009, and further back in the history of the survey that has only happened two other times: June 2004 and in the first year of the survey in September 1987. 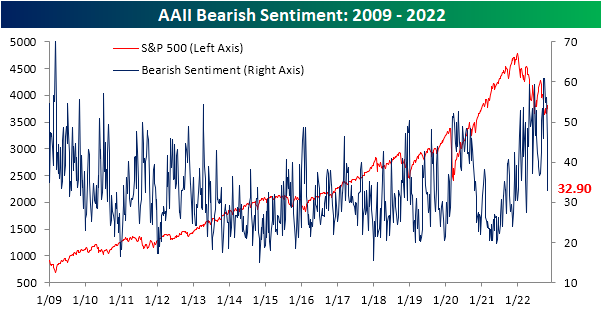 As for how the S&P 500 has typically reacted, forward performance has been lackluster. 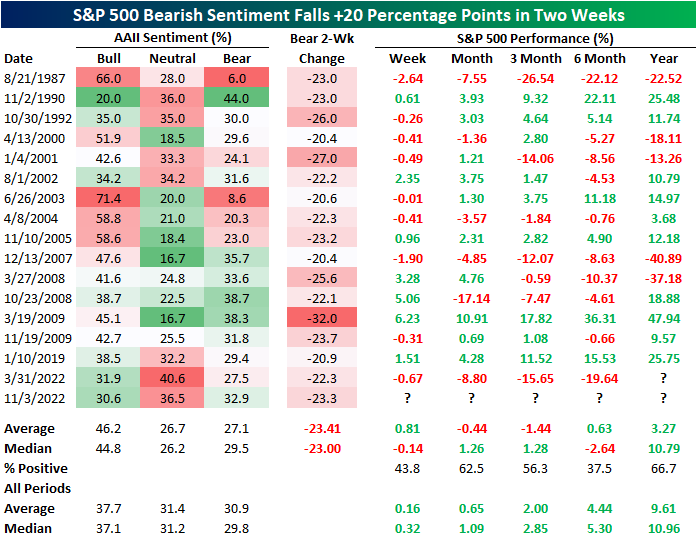 Given the massive drop in bearishness, the bull bear spread has experienced a massive reversal.  At the moment, the spread is only at -2.3.  That is the highest reading since the end of March, and the near record streak of consecutive negative readings (31 weeks) appears to be at risk. 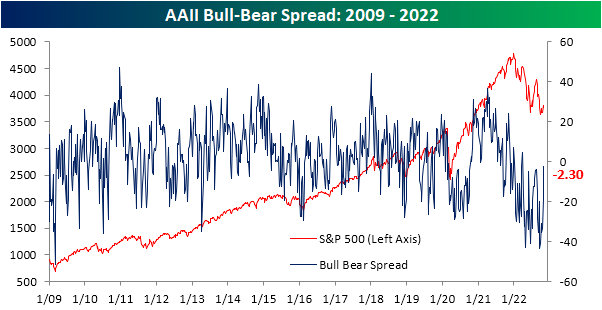 Obviously considering only a small share of the losses to bears have gone to bulls, the percentage of respondents reporting neutral sentiment has risen sharply.  The reading climbed 8.8 percentage points week over week to 36.5%. That is the highest reading and largest weekly jump since the end of March  Click here to learn more about Bespoke’s premium stock market research service. 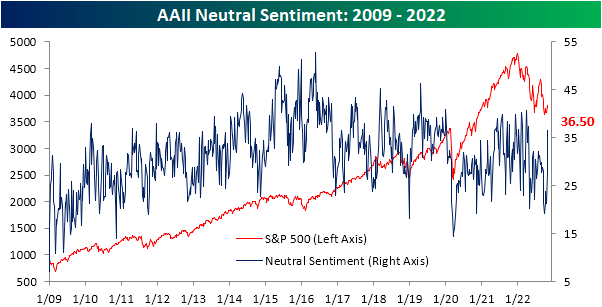