The S&P is flat over the past week and is roughly 1.3% away from last Wednesday’s high. Even though there has not been any significant push lower, sentiment has taken a hit as AAII’s reading on bullish sentiment has fallen down to 20.23%.  That is a 5.83% drop from last week (the largest since a 9.91 percentage point decline on June 18th) and marginally surpasses the recent low last October of 20.31% to mark the lowest reading for bullish sentiment since May of 2016. Think about that.  Investors in this survey are less bullish now than they were at any point throughout the COVID crisis 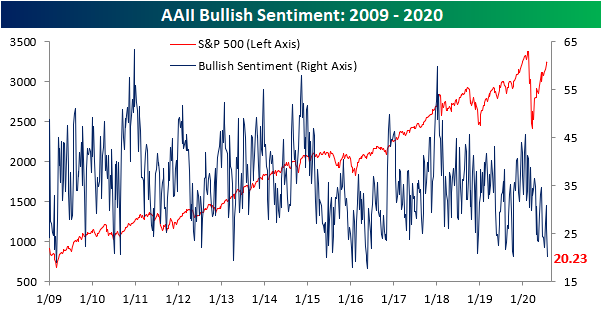 Meanwhile, bearish sentiment rose to 48.47%. Unlike bullish sentiment, that does not surpass any earlier readings for a multiyear high as it is the highest level since only the end of June. But it is also now only 3.6 percentage points away from the March 26th high when more than half of investors were reporting as bearish. 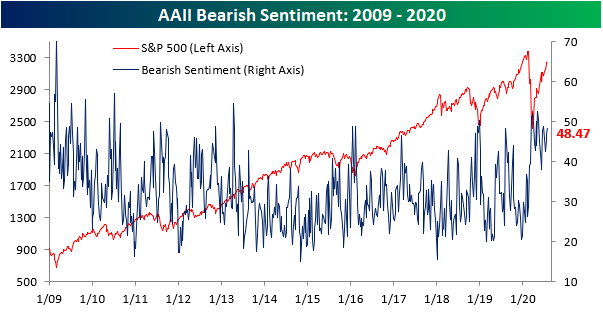 As we discussed in greater detail in today’s Chart of the Day, bears more than double bulls as the bull-bear spread is now at its widest level in favor of bears since the first week of May.  Back then it was only slightly wider at 28.99. While not at a new low, the bull-bear spread has been negative for a record 23 week-long streak. 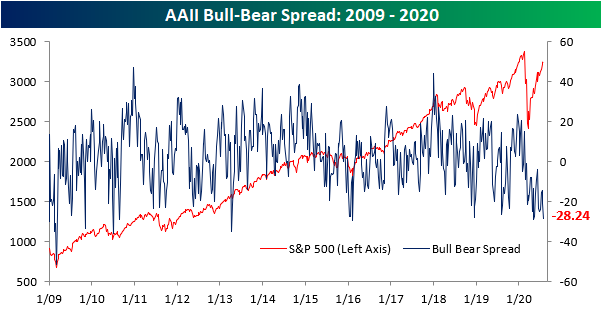 Not all the losses to bulls this week went to bears as neutral sentiment rose to 31.3%. That is the highest since the start of the month. Click here to view Bespoke’s premium membership options for our best research available. 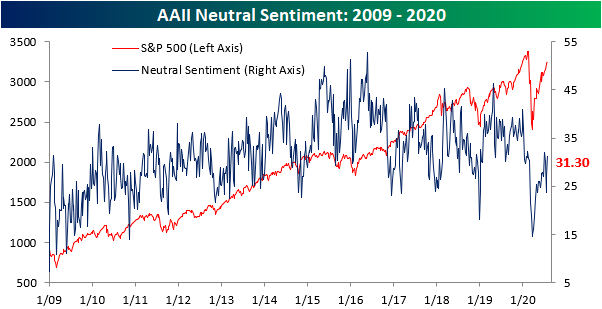