Bears Come Out of Hibernation in Spite of Rebound

In spite of the S&P 500 gaining back some ground in the past week, sentiment has continued to shift in an increasingly pessimistic direction.  For a second week in a row, less than a quarter of respondents to the AAII sentiment survey reported a bullish.  At 22.5%, however, current levels are still slightly above the low of 19.2% from one month ago. 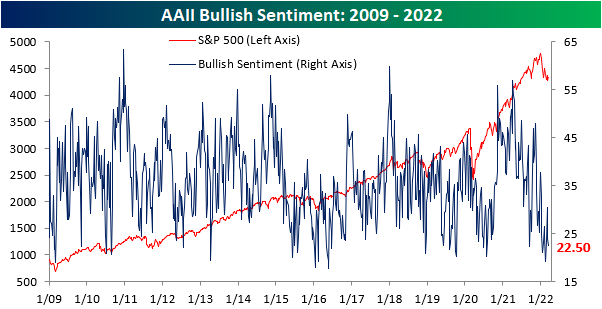 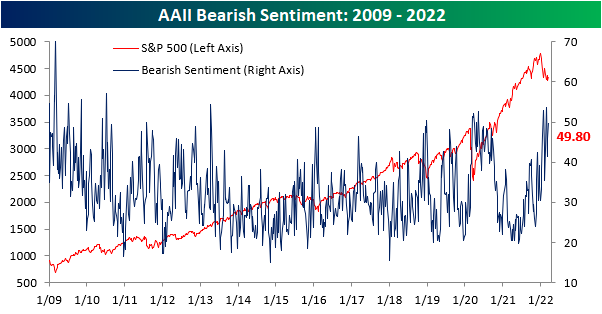 The bull-bear spread is extremely low at -27.3 but that is not quite as low as those past couple of weeks when over half of respondents reported as being bearish. 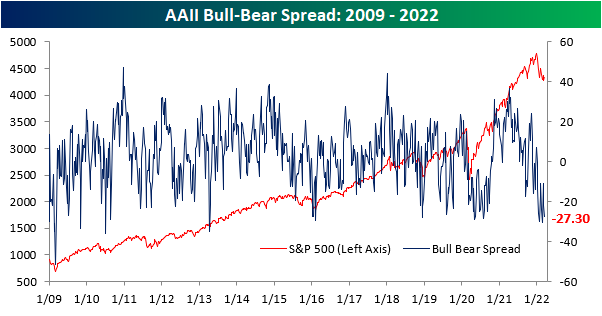 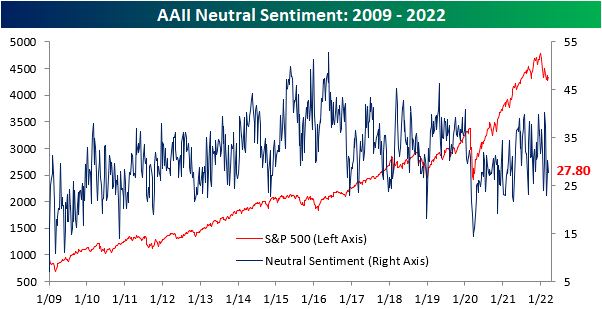