The S&P 500 has rallied impressively in the past week leading up to Thursday’s CPI print, and bullish sentiment has lifted along with it.  While the reading remains low, the percentage of respondents to the weekly AAII sentiment survey reporting as bullish rose from 20.5% up to 24%.  Bulls were higher only two weeks ago when the reading was at 26.5% 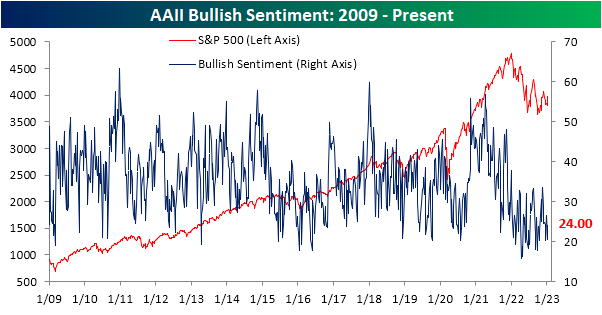 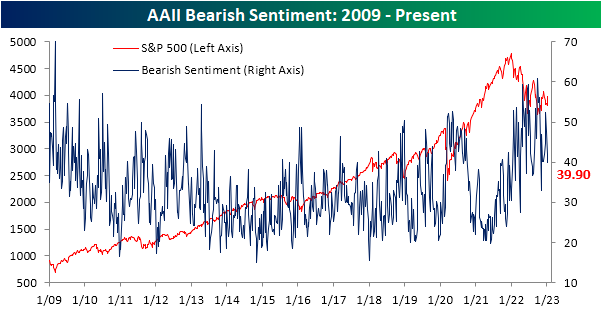 Although bullish and bearish sentiment are sending a more optimistic tone, the bull-bear spread remains heavily in favor of bears at -15.9. That grows the record streak of negative readings to 41 weeks in a row. 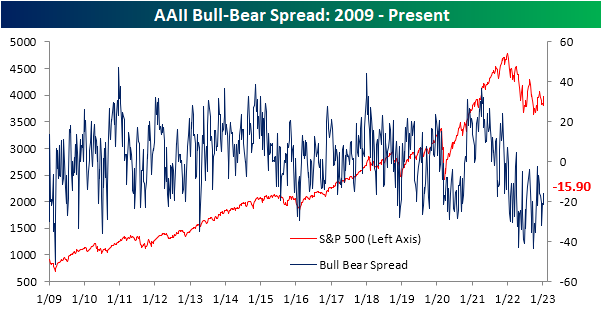 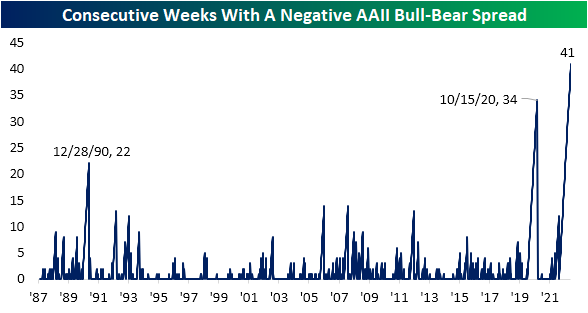 Last week, neutral sentiment leaped higher given the mid-single-digit declines in bulls and bears.  Some of that move was given back this week with only 36% reporting as neutral. However, that remains an elevated reading at 4.6 percentage points above the historical average.  Click here to learn more about Bespoke’s premium stock market research service. 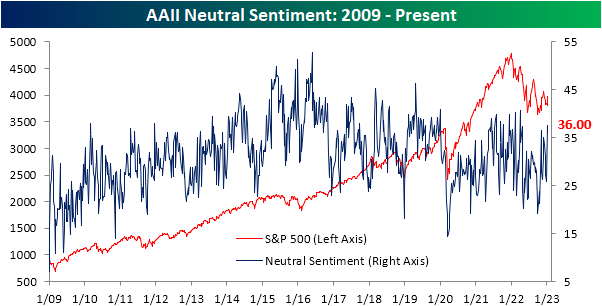