In the wake of Jackson Hole and more hawkish than previously expected Fedspeak, the S&P 500 is on pace for its worst week since June.  As a result, recent improvements in investor optimism have been entirely given back.  The AAII survey of individual investors saw only 21.9% of respondents report as bullish this week.  That is the worst reading in two months as the back-to-back declines over the past two weeks total 11.4 percentage points. 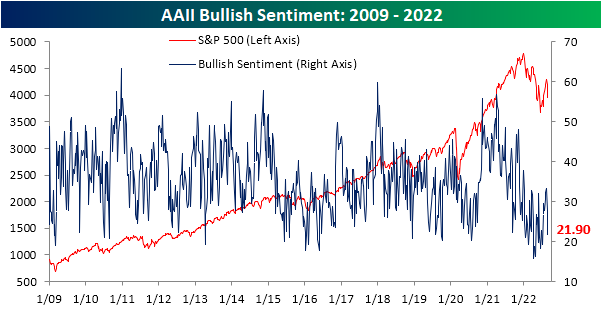 That was matched with a considerable increase in bearish responses. For the first time since early July, over half of respondents reported a pessimistic outlook for equities. Bearish sentiment’s eight percentage point week-over-week increase was the largest since mid-June and the third weekly increase in a row. 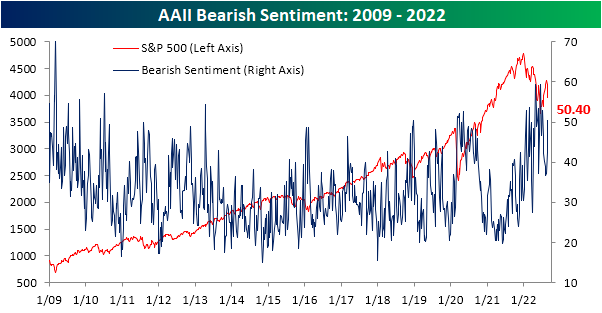 The inverse moves of bullish and bearish sentiment resulted in the bull-bear spread to quickly move down to the worst level since the start of July.  That follows a string of readings only a couple of weeks ago in which bears outnumbered bulls by only single digits. 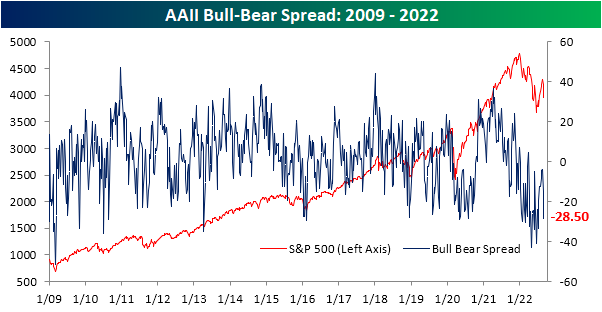 Given the reversal in the spread, the streak of negative readings presses on.  Now at 22 weeks long, it ties the 1990 streak for the second longest on record. 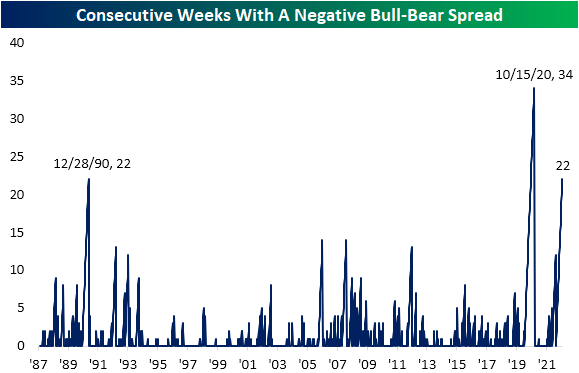 The AAII survey was not alone in showcasing a much more pessimistic tone of investors.  Both the NAAIM Exposure Index and the Investors Intelligence survey also pivoted to more bearish readings.  Combining these three results, the average reading on sentiment has fallen back to more than one standard deviation below the historical norm.  Although that is not as pessimistic of an aggregate sentiment reading as earlier this year, there have only been a handful of other times going back to the mid-2000s in which the investment community had as negative of an outlook towards the equity market.  Click here to learn more about Bespoke’s premium stock market research service. 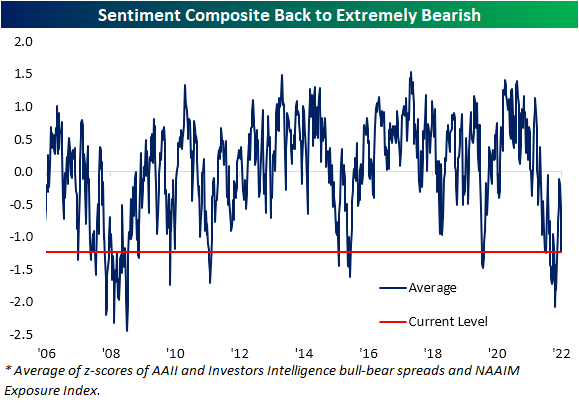