Bearing Down Into The Holidays

The S&P 500 has pressed to more all-time highs, and as a result, sentiment has turned even more bullish.  In this week’s AAII sentiment survey, nearly half of the respondents (49.07%) reported a bullish.  That is up for a second week in a row and remains at some of the highest levels of the past few years, though, it is more moderate than the reading from the first week after the election when over 55% reported as bullish. 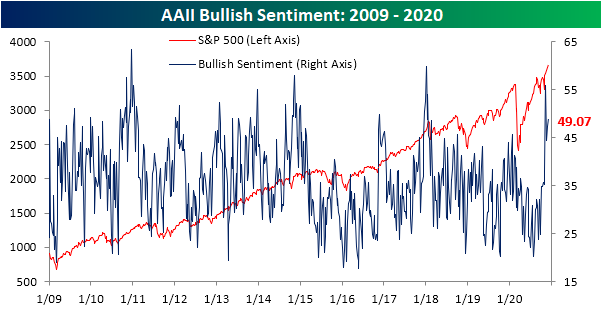 While bullish sentiment is still off its recent highs, bearish sentiment has continued to press to new lows.  22.66% of respondents reported as bearish this week. That is down from 27.47% last week and is the lowest reading for bearish sentiment since the final couple of weeks of last year and the first week of 2020. 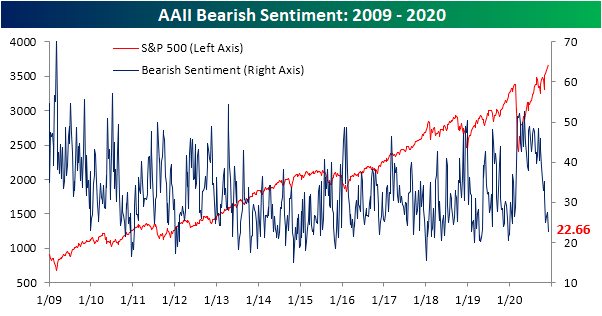 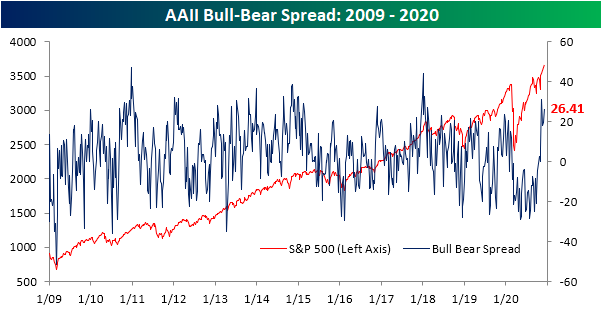 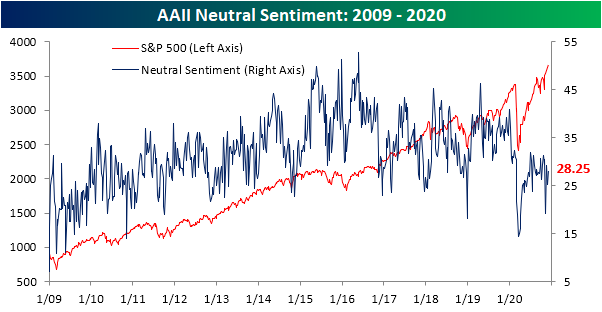