In the table below, we show a breakdown of US-listed ETFs for the equity markets of the 23 major global economies that we track in our Global Macro Dashboard. In 2021, the United States’ S&P 500 (SPY) is headed out on top of the world with a year-to-date gain of 27.57%. December alone has been a solid month with a 4.7% gain as SPY reached a 52-week high only a few days ago. That being said, SPY’s MTD gain pales in comparison to Mexico (EWW) which has rallied double digits in December for the 21st best month on record in its history dating back to March 1996. But that has not brought it to a new high. In fact, in addition to the US, only Taiwan (EWT) and Switzerland (EWL) have also hit 52-week highs this month and these two countries also rank as the runner-up and fourth-best performing country ETFs in 2021. At the moment, SPY and EWL are also the most overbought with EWL currently over 2 standard deviations above its 50-DMA.  Panning across its peers, most country ETFs are below their own 50-DMAs with many down by at least a full standard deviation, though most have also been rallying this month. 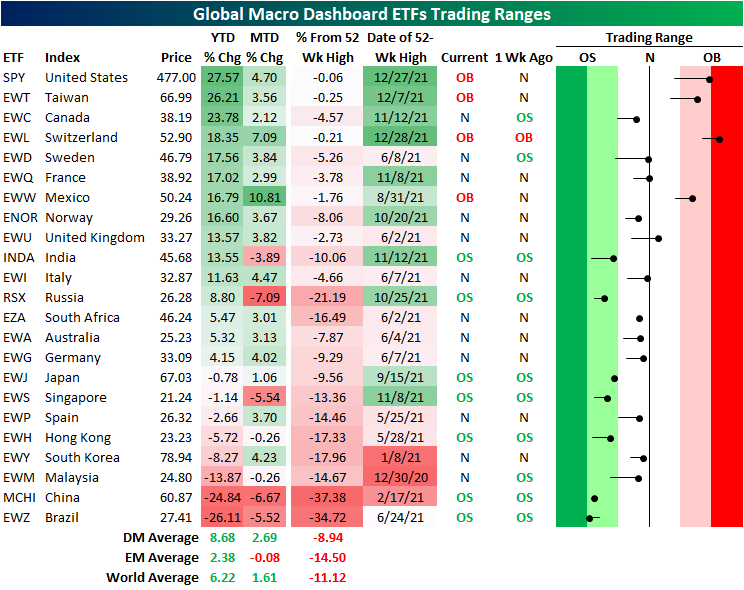 The BRIC countries have been a particular area of weakness for US investors lately.  The Brazil (EWZ) and China (MCHI) ETFs have had a rough year with each being cut by around 25%. December in particular has seen sizable declines of 6.67% for MCHI and 5.52% for EWZ, which leaves it at a new 52-week low today.  Russia (RSX) has been hit even harder though having declined over 7% month to date.  India (INDA) too is lower, granted, it remains up double digits year to date. Click here to view Bespoke’s premium membership options. 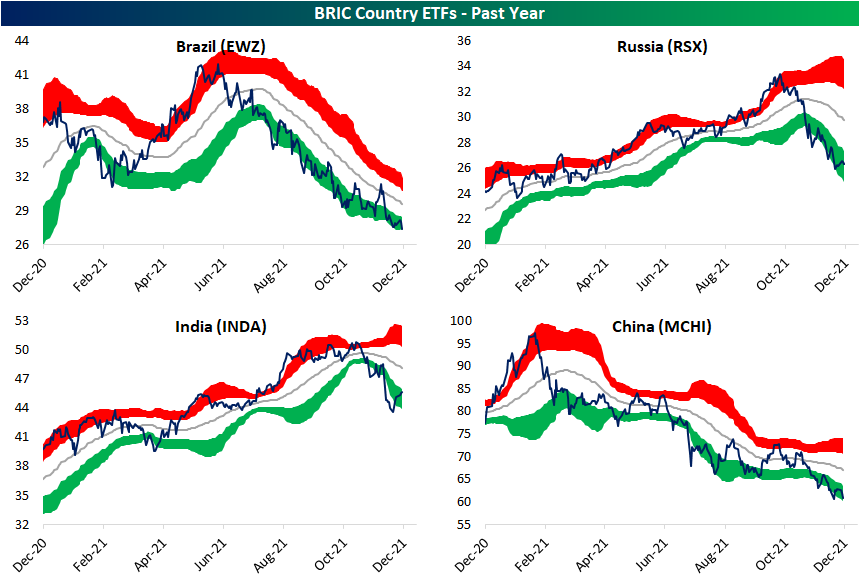