Bank and Broker CDS After Archegos

On Friday, we noted massive share price declines for a handful of US media names and Chinese education technology stocks.  Further details of the saga were released over the weekend and into this week which we reviewed in greater detail in yesterday’s Morning Lineup.  Included in that news were announcements that two of the prime brokers for Archegos Capital Management — Credit Suisse (CS) and Nomura Holdings (NMR) — could incur significant losses as a result of the liquidation event.  As a result, the two stocks were down double-digit percentage points yesterday with further losses today.

Some US firms have also been reported as involved as prime brokers in the ordeal including Morgan Stanley (MS) and Goldman Sachs (GS). In spite of their involvement, credit default swap (CDS) spreads have risen recently but are not necessarily at worrying levels for the time being.  As shown in the charts below, the only major US investment banks’ CDS spread that has reached a new six-month high has been Morgan Stanley (MS).  Across these four banks, CDS spreads range from Bank of America’s (BAC) low of 52.49 bps to Goldman Sachs’ (GS) high of 63.9 bps. 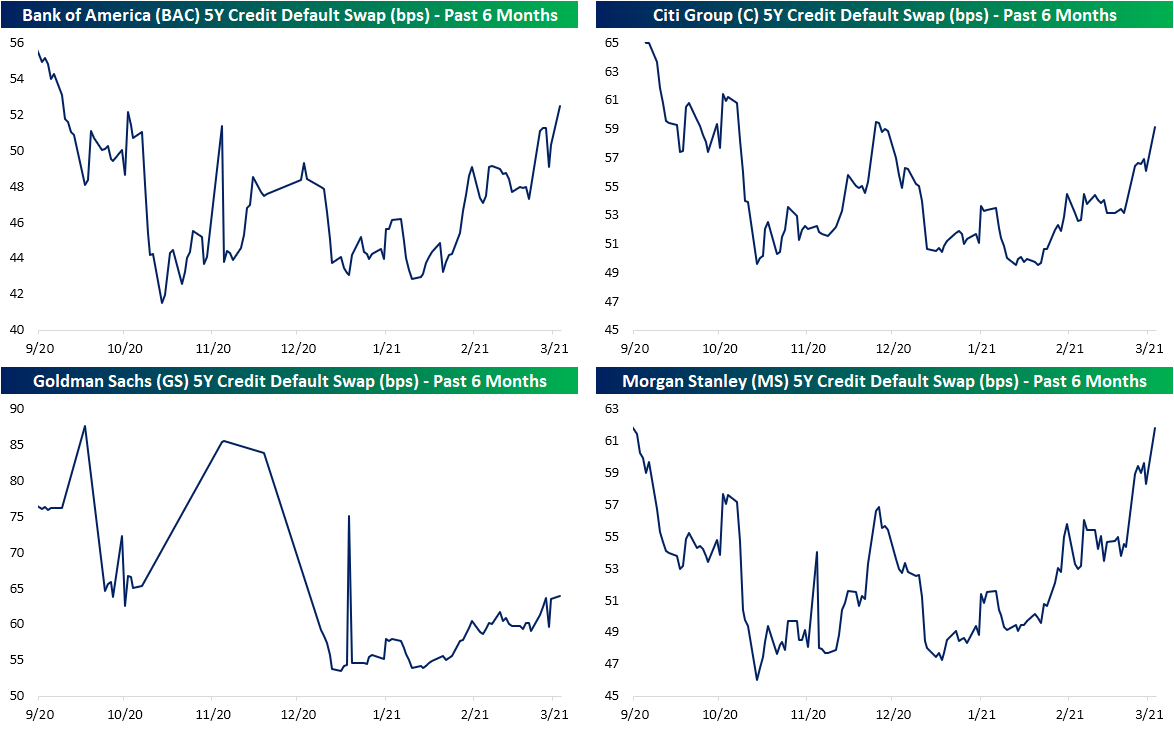 From an even longer time horizon, the recent tick higher in CDS is hardly even noticeable, especially relative to where they stood exactly one year ago.  Back then, other than GS, each of these CDS spreads peaked above 200 bps.  Again, although they have begun trending slightly higher, current levels across these four names are all below the five-year average. 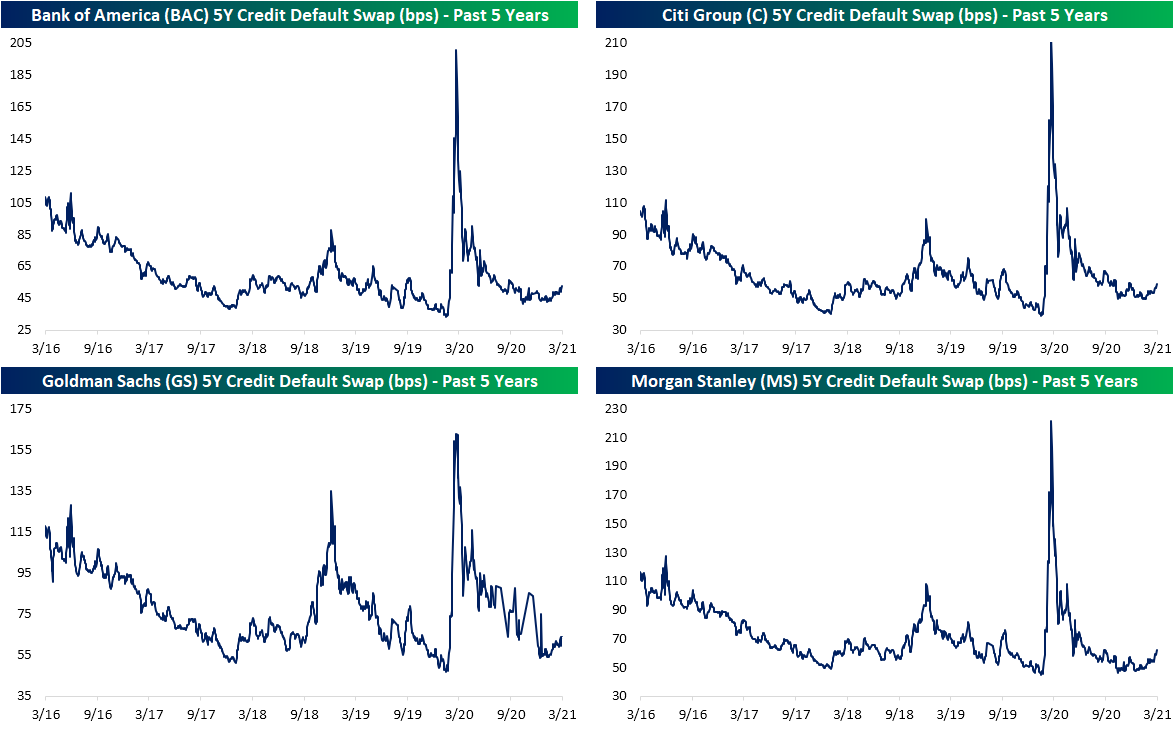 By far the biggest move in CDS has been for the bank that appears to be the most affected: Credit Suisse.  As shown in the first chart below, CDS for Credit Suisse have spiked to new six-month highs.  Even still, CDS are only trading just above 70 basis points, which is significantly lower than the reading in the mid-100s seen during the COVID Crash last year.  Click here to view Bespoke’s premium membership options for our best research available. 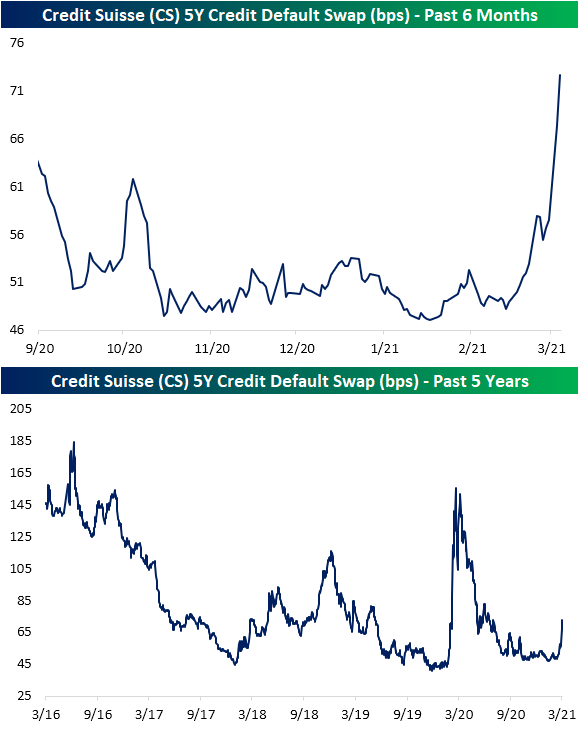