On a y/y basis, the surge in background checks brought on by the pandemic and civil unrest last year looks like it has been fully unwound.  After nearing a record surge of 79.2% early last year, we’ve now seen two straight months of 20%+ y/y declines.  The last time we saw a y/y decline of this magnitude was back in July 2017.

With such large declines in background checks, you wouldn’t think that would be a positive backdrop for gun companies, and judging by the recent performance of the two publicly traded gun companies, you would be partially right.  While both stocks up still up YTD, they have pulled back sharply from their recent highs. On July 1st, both stocks traded at 52-week highs, but since then SWBI has dropped over 38% while RGR is down 18%.  In the case of SWBI, its peak from late 2020 has so far held up, but for RGR, support from the highs late last year just recently broke.  Click here to view Bespoke’s premium membership options. 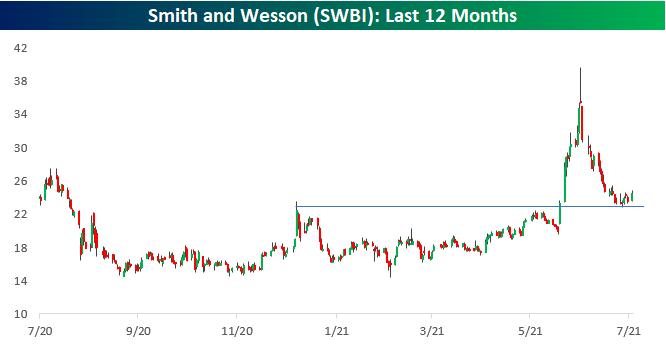 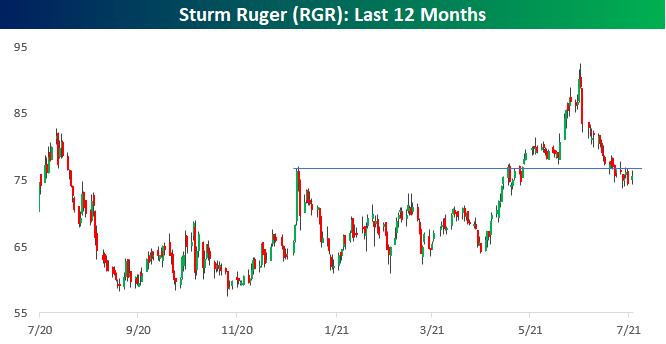