Background Checks Decline For Third Month in a Row

After surging during the COVID lockdowns and the summer protests and riots around the country, US background checks for firearms have declined for three straight months now.  During the month of September, background checks totaled 2.892 million which was down by more than 200K relative to August and more than a million from the 3.931 million record high in the month of June at the height of the national unrest.  While background checks are down sharply from their recent peak, we would note that prior to 2020, there were only two other months (December 2015 and December 2019) that saw higher readings than this September. 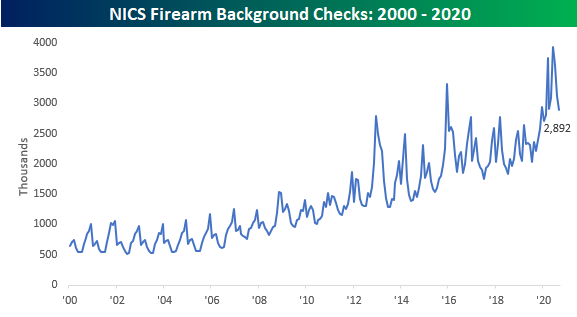 On a y/y basis, background checks have also dropped sharply from their recent peak of 79.2% in July.  That reading was the second-largest y/y increase on record behind only the 81.2% increase in January 2013 at the start of President Obama’s second term.  Here again, though, a y/y increase of over 30% is still large.  Going back to 2000, there were only 11 other months outside of 2020 where the y/y reading was above 30%, while this year there have no been seven in just nine months. 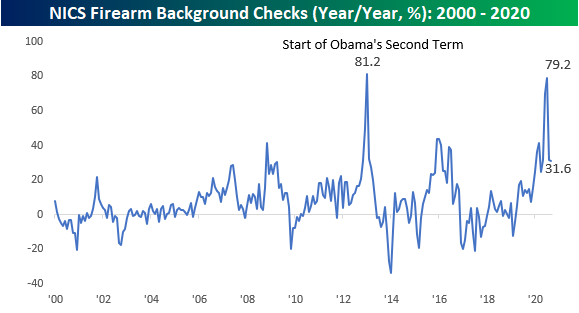 Below we have provided snapshots of the two publicly traded gun manufacturers – Smith and Wesson (SWBI) and Sturm Ruger (RGR).  The charts for both stocks look like spitting images of each other as they both saw big rallies in the Spring that really got going in early June as unrest spread across the country.  The rallies in both stocks actually stalled out about a month after gun sales peaked, bringing both stocks back down near levels they traded at in early June.  In recent days, though, as Biden has widened his lead in the polls, both stocks have started to attract renewed interest. Click here to view Bespoke’s premium membership options for our best research available. 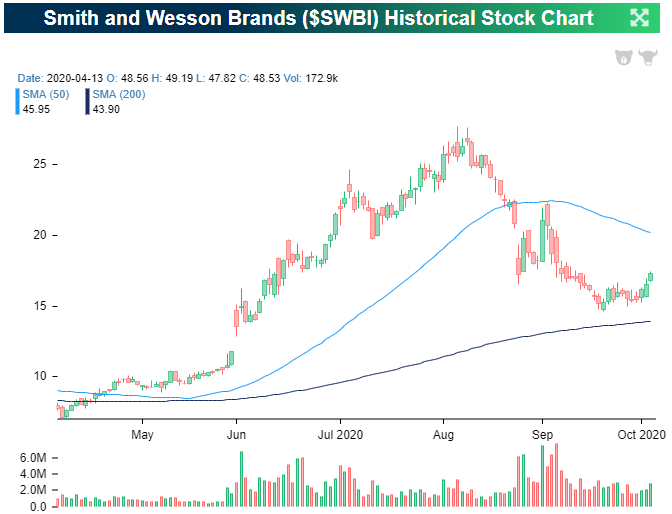 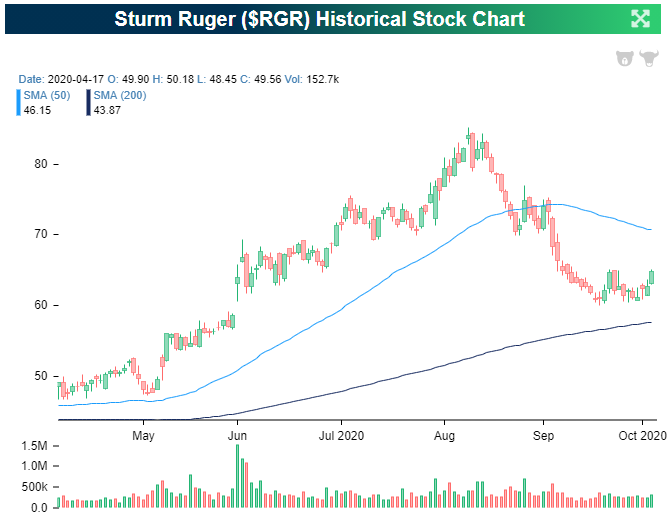