Are Claims Rising or Falling?

Jobless claims remain elevated on a seasonally adjusted basis though they did fall once again this week marking a 14th consecutive week with lower initial claims.  The current streak of weekly declines now doubles what was the previous record streak of 7 weeks ending in November of 2013 and October of 1980. Claims came in at 1.3 million which was below estimates of 1.375 million but still were down 99K from last week.  As we have frequently made note of recently, that is a smaller improvement than earlier in the pandemic, but this week’s decline was the largest since the first week of June’s 331K drop. 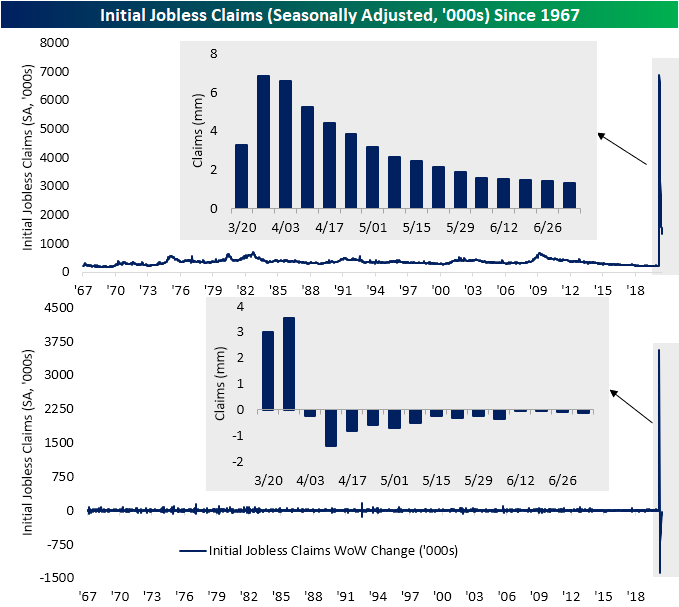 On a non-seasonally adjusted (NSA) basis, claims came in a hair below 1.4 million, down from 1.431 million last week.  Compared to seasonally adjusted claims, the NSA print was less impressive at 31.6K but that too was the largest decline since June 12th.  Again, the pace of improvement remains lackluster when compared to the first leg lower earlier in the spring.  Whereas each week of May saw NSA claims average a decline of 379K, since the beginning of June claims have only averaged a 44K decline even with this week’s larger drop. 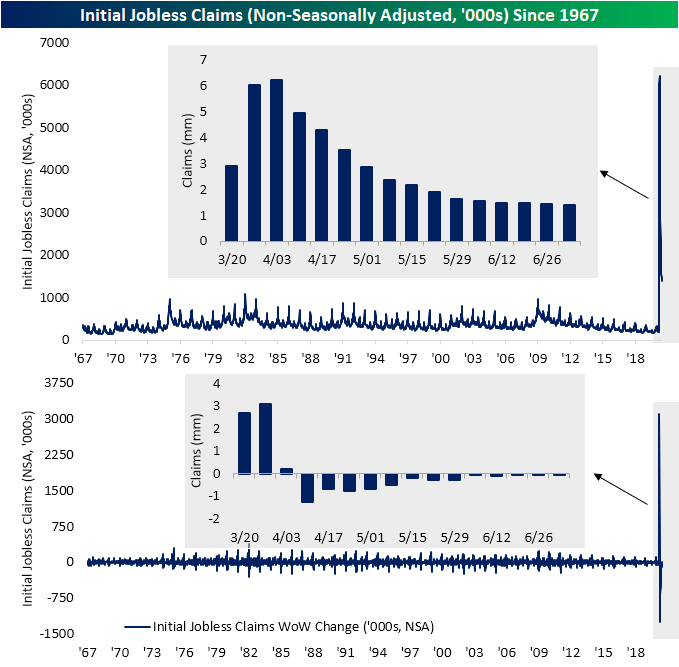 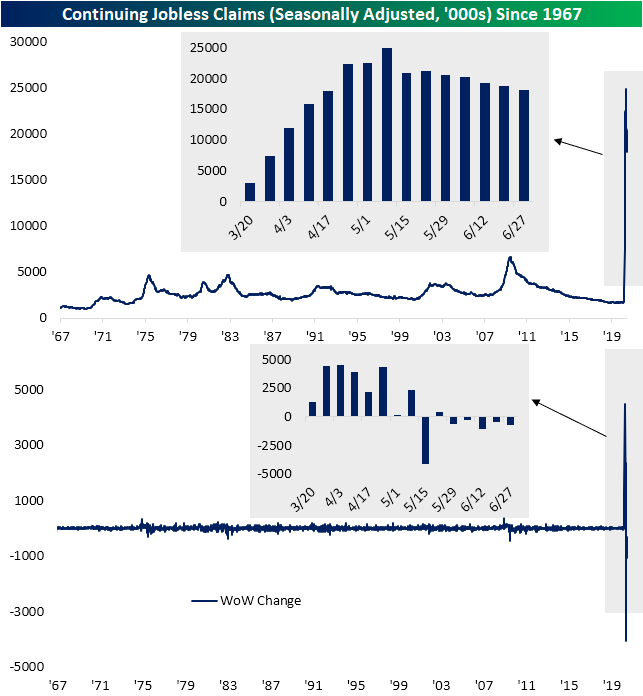 While the trends have generally been positive for the past several weeks when factoring in other claims like Pandemic Unemployment Assistance (PUA) the picture is not as rosy. In addition to the roughly 1.4 million initial jobless claims filed (on a non-seasonally adjusted basis) this week, there were another 1.04 million PUA claims filed, totaling 2.439 million claims on the week.  As shown in the chart below, that is actually up from 2.428 million last week. This week’s increase was actually a third consecutive week with higher overall claims and the highest level since the second half of May.

Continuing PUA claims are lagged and an extra week from the already one week lag in continuing claims meaning the most recent data for these claims that we have is for the week ending June 19th, however, these are showing the same dynamic. Unadjusted for seasonality, for the week ending June 19th regular continuing claims totaled 17.4 million which was lower for a fourth consecutive week. On top of those, PUA claims rose to 14.4 million. Adding in PUA claims, this was the third consecutive higher reading for PUA claims.  Unadjusted continuing claims including PUA claims now sits at 31.8 million which is the highest level since they were first reported in April. In other words, regularly reported jobless claims have improved recently but the addition of other types of claims like PUA, paints a weaker picture of the labor market in which claims are rising rather than falling. Click here to view Bespoke’s premium membership options for our best research available. 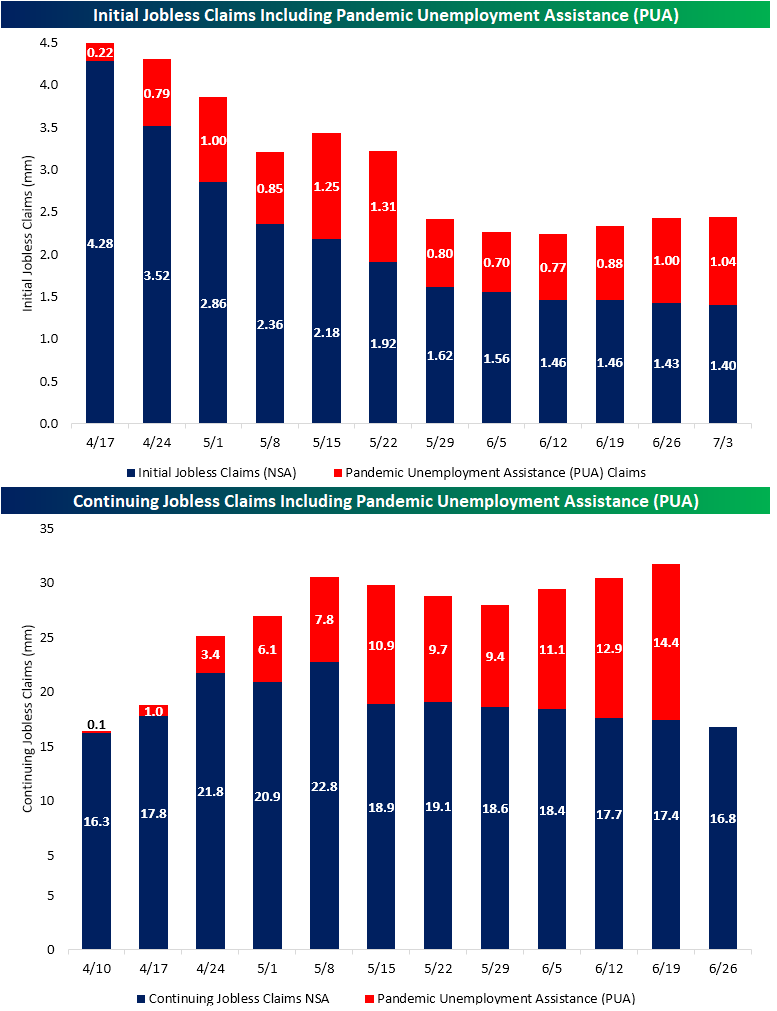