Archegos Stocks Back to “Normal”

With the return of meme stocks and a focus on monetary policy, the blowup of Archegos Capital Management is a distant memory roughly three months in the rearview. Two stocks that were the main victims of the Archegos saga were Discovery (DISCA) and ViacomCBS (VIAC).  At their respective highs in March, DISCA had rallied 156.8% YTD and VIAC was up an even larger 169.3%. But as fast as those stocks ripped higher, they have erased the bulk of their moves.  Both stocks have fallen over 60% from their respective peaks.

As for where the two stocks stand today from a charting perspective, the moving averages provided DISCA with little to no support as it currently sits 15% below its 50-DMA. Additionally, the 50-DMA has recently crossed below its longer-term 200-DMA in the past couple of sessions. While DISCA has been in a steady downtrend, the chart of VIAC is a bit more constructive.  After the initial drop during the Archegos episode, the stock found support around its 200-DMA and has been fluctuating around that moving average ever since then. Like DISCA, the 50-DMA of VIAC has also recently fallen below the 200-DMA too. 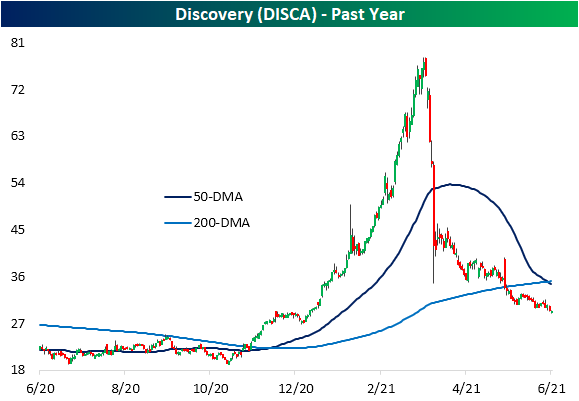 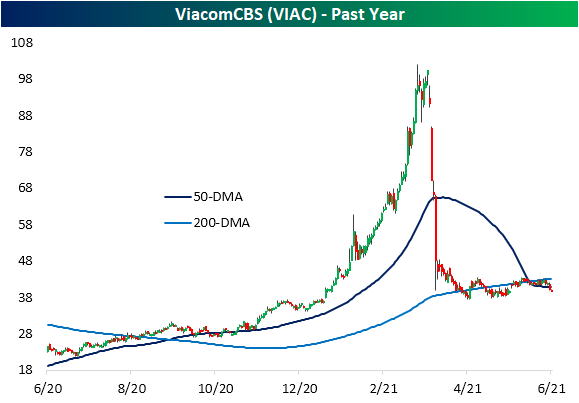 From a longer-term perspective, the parabolic move earlier this year resulted in DISCA smashing out of the past five year’s range.  But the decline over the past few months has meant the stock is right back within that range once again. It is a similar story for VIAC. VIAC broke its multi-year downtrend in dramatic fashion earlier this year, but the declines over the past few months have brought the stock right back down to that trendline.  Click here to view Bespoke’s premium membership options. 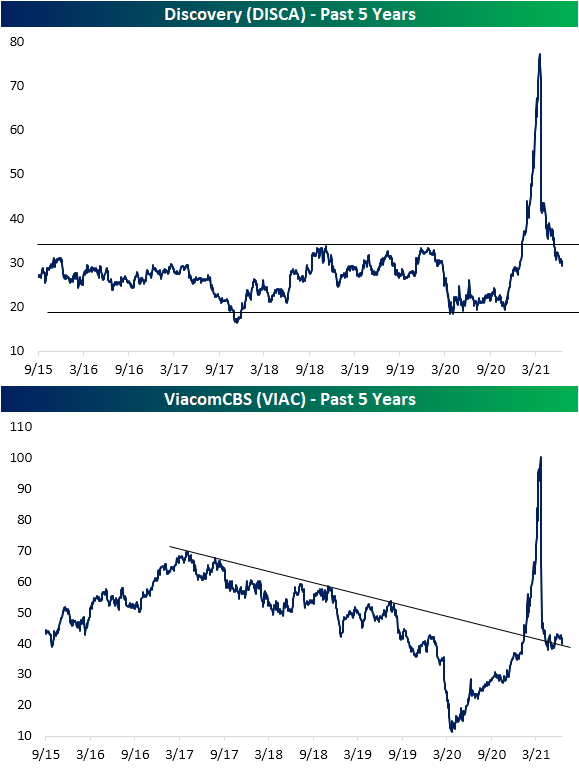